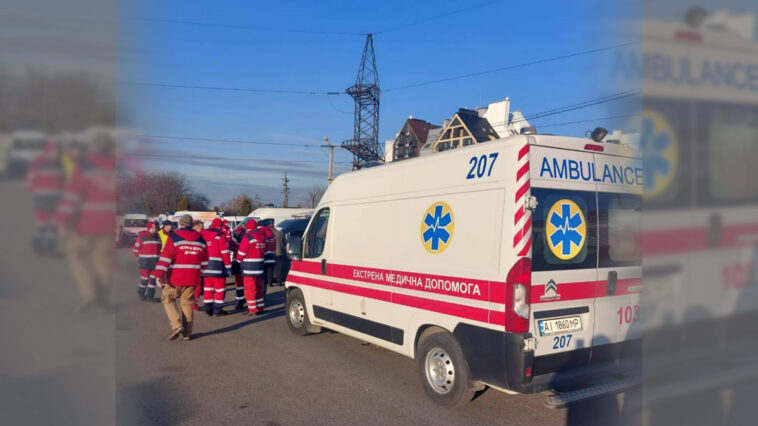 On March 14, during the evacuation of civilians in Gostomel, the Russian occupantss opened fire on a convoy of vehicles. A civilian woman died on the spot, a bus driver and another man were injured.

This was reported in the Main Directorate of the National Police in Kyiv region.

Officers of the Bucha District Police Department together with local authorities evacuated 500 people from Dmytrivka and Nemishayeve.

The evacuation from Gostomel took place in two stages. The first convoy of 10 buses, which mainly included mothers with children, the elderly and people with disabilities, successfully reached its destination. In another column of 4 buses, Russian troops fired mortars.

The driver of one of the buses was injured during the shelling. Also under fire trapped a Volkswagen car, a family was injured. Unfortunately, the woman died at the scene.

All other citizens who were following in the convoy that came under fire continued to move and later reached a safe place.