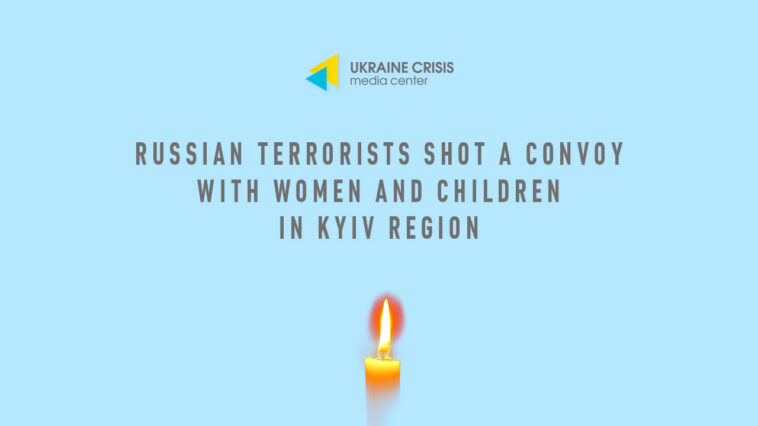 Yesterday, March 11, Russian terrorists shot a convoy with women and children, which was moving through evacuation route from the village of Peremoha (Baryshivka district, Kyiv region). Occupants murdered seven people, including one child.

This was reported in the Main Intelligence Directorate of the Ministry of Defense of Ukraine.

During an attempt to evacuate to the village of Gostroluchcha along the agreed “green corridor”, the occupiers shot a convoy of civilians, consisting exclusively of women and children.

As a result of this brutal act, seven died, one of them is a child. The exact number of injured is currently unknown. After the shooting, the occupiers forced the remnants of the convoy to return to the village of Peremoha and did not let them out of the village. At present, it is almost impossible to establish any contact with them, as well as provide humanitarian and medical assistance.

The issue of protection of civilians during armed conflicts is regulated by international humanitarian law. In particular, the Fourth Geneva Convention relative to the Protection of Civilian Persons in Time of War.

Under these rules, deliberate attacks on civilians who are not directly involved in hostilities are considered war crime.