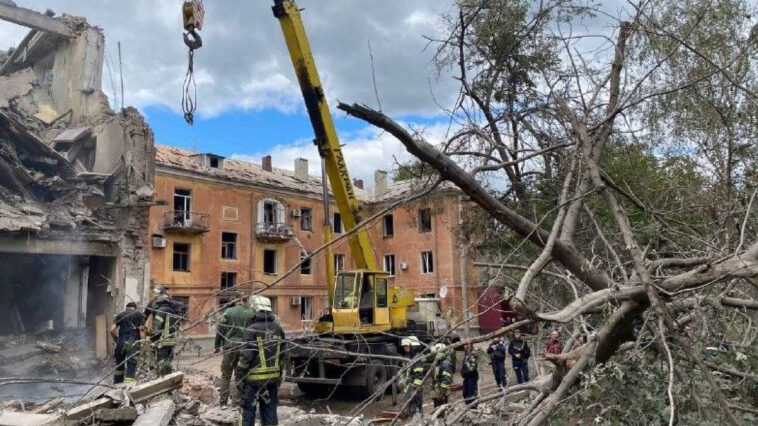 On the morning of September 7, the Russian military shelled Slovyansk in Donetsk region. There were people under the rubble of one of the destroyed buildings. This was reported by the head of the Slavic city military administration, Vadym Lyakh.

“Torska Street, building 43. The entrance has collapsed. There may be people under the rubble. Rescue operations are underway. The number of victims is currently unknown,” he said.

As of 6:30 p.m., the State Emergency Service of Ukraine in the Donetsk region reported that since the beginning of the work, the bodies of 3 dead people were discovered: 2 men and 1 woman. 38 people and 8 pieces of equipment were involved in dissolving the blockage. In total, about 50 tons of building debris were cleared. Currently, the work is completed.