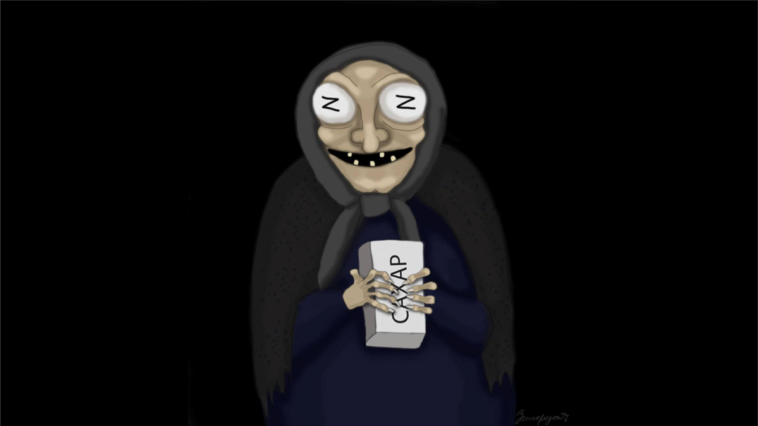 A full out war is unfolding in Ukraine for over 20 days now. A war which russia initiated.

It’s a fact that the war had started 8 years ago when Crimea was occupied and annexed. But on February 24, 2022 putin had completely gone “off the rails” and decided that he could: occupy our country in just two days, change the government in power and even issued special medals for his army (“For liberation of Kyiv, Lviv and Odessa”).

Today russian army is all over the border regions of Ukriane in the form of scrap metal sand human fertilizer. The world had put in place unprecedented sanctions against Russia. Russians are fighting each other for sugar and Ikea chairs, russian bloggers are crying because they no longer have access to their Instagram-chik accounts and monetizing tools on Youtube. Meanwhile russian state authorities are swiftly “tightening the screws” on their own people and their dream of Soviet Union is no longer a dream but a reality.

The most agile of russian soldiers voluntarily surrender, when the most agile of civilians attempt to quickly flee the country pretending to be the victims of a totalitarian regime. While the idea of surrendering is not the most creative one, it has common sense and characterizes a russian occupant as a thinking creature. Whereas the idea of a “good russian” to portray themselves as a victim of war and moving to Western Europe is quite a cynical one (to say the least). It is, therefore, interesting to analyze and discuss this behavior.

Russian propaganda which was for decades sponsored and disseminated everywhere in the world was based on an illusive foundation of so called “cultural diplomacy”. Russia had used its culture as a leverage tool in Western Europe. Through their curators, art collectives and “independent” institutions russians had been lobbying their political interest in the West. They turned numerous scientists, art historians, museums, opera and theatre directors into advocates for russian political control.

All these cultural initiatives were sponsored by Russian money which after 2014 were already toxic (for example Gazprom’s funds), but, unfortunately, very few members of cultural establishment questioned the source of these funds.

These connections were especially effective in France, Austria and Germany. 2017 exhibitions dedicated to “100 years of October revolution” had impressed viewers with their scale and their artists, whom russia decided to appropriate.

I remember one such art show in Paris where a French curator had no issue with the lack of information about tyranny, Holodomor, repressions of soviet union of that period in russian history. He saw nothing wrong with displaying the portraits of tyrants of russia despite their notoriety.

Luckily today the situation had changed and a lot of countries and art platforms refused to exhibit russian culture and cooperate with russian art figures. It is a very wise decision which we should not underestimate! BUT russians will not rest until they can have a piece of European grants and funding as a victim of war, whatever it may take.

The bad news is there are still compassionate Europeans who believe in russian rouble and give them the opportunity to received this support.

Even the German chancellor supported the narrative that only putin is to blame for this war which led to new grants for “independent russian journalists”and “artists in exile”, etc.

Let us not forget that all these independent artists have comfortably lived and worked in russia keeping their silence. And when they did go out to protest, it was not to protest wars in Ukraine, Georgia, Syria or the uprising Belarus (suppressed by Russia) but against their own corruption or for opposition which thinks that “Crimea isn’t a sandwich” to be shared or “it’s not that clear-cut”.

No, I am not against any motive for protests, it’s internal business of russians. I just want to point out that in 8 years russians have not succeeded in gathering a more or less massive anti war protest.

For instance Mariupol, which is currently being annihilated by Russian forces, was under fire back in 2015. I therefore recommend not giving in to the pressure and of “good russians” who started wining only after they had no more comfortable life with trips to beautiful festivals with champagne and oysters.

I have great news for those, who feel that the world has a lot to loose without russian culture. If you dig deeper into it, you will find that it consists of Ukrainians, Belarusians, Lithuanians, Jews, Polish, Kazakh, Germans and hundreds of thousands of talented people of the world, annexed by the russian empire and soviets.So our world can continue to enjoy the masterpieces of artists and composers but without them being claimed by imperial russia..

Let us not entertain the illusions that russians are people deceived and cheated by their propaganda who, in reality, don’t want to kill but still carry out the orders, don’t want war but are just too afraid to speak up. After 2014 putin’s rating had increased as it did in 2022. According to RPORC (Russian Public Opinion Research Center) 71% of russians are approving of or supporting the “special operation” (65% based on the data from “Public opinion” fund). And here is an even wilder number: 86.6% of russians support a potential invasion of EU countries (according to Activegroup poll).

It turns out that not only putin is out for blood but moreover, he grants the wishes of his people.   He is not a tyrant but a fuhrer.

–        “Can we therefore equalise the approval of putin with approval of war?”-        “Without a doubt. Putin’s rating always grew during military campaigns and rise of militarism. This happened in the beginning of the second Chechen war (when he entered the political arena) as well as during the Georgian-Russian war, and, of course, during the annexation of Crimea. The level of criticism goes down drastically, all ideological foundations of soviet times get stronger, as well as the mossy imperial ideology.”

The same can be said about war crimes in Ukraine. For all the madness of putin and his cannibalistic ambitions it is obvious that he isn’t capable of giving this many direct criminal orders and that many war crimes, committed by russian soldiers, are driven by their own bloodlust, cruelty and criminal enthusiasm. Putin would hardly call to personally give his order to the scumbag who shot innocent civilians lining up to get bread in Chernihiv. It is highly unlikely that the pilot who dropped the bomb on Mariupol theatre with “CHILDREN” written on it in huge letters (twice) is blind and illiterate. There are definitely no direct orders of putin to rape, shoot at civilian cars with families inside, make selfies with a smile when Grad rocket launchers are shooting civilian homes in the background.

There isn’t a chekist next to each russian wife and mother when they recommend their husbands to kill as many Ukrainians as they can. We see all this today, every day! One has to be blind and cynical to think that there is only one criminal in this war. No, there are many criminals and they are russian soldiers in Ukraine. No wining from prisoners of war about them being on “military exercises” can no longer fool anyone.

There is only one conclusion to be drawn from this – one should never think that putin is the only one who started this war or that his bloodlust didn’t find support in the souls of his fellow countrymen. One should not hope for “good russians” and call them victims of war. One should not believe the russian soldiers or their repentant stories in captivity.

Russia’s ideology is saturated by militarism, imperial logic and chauvinism.  After Ukraine’s victory it is paramount to carry out a full Tribunal on each and every war crime of putin and his propagandists, military personnel, culture activists who directly supported the annexation of Crimea and war in Ukraine. Same goes for politicians who scream about plans of bombing Europe and their willingness “not to stop at Ukraine”. Each and every one of those, who stained our world with their hate and malice have to answer before the tribunal.