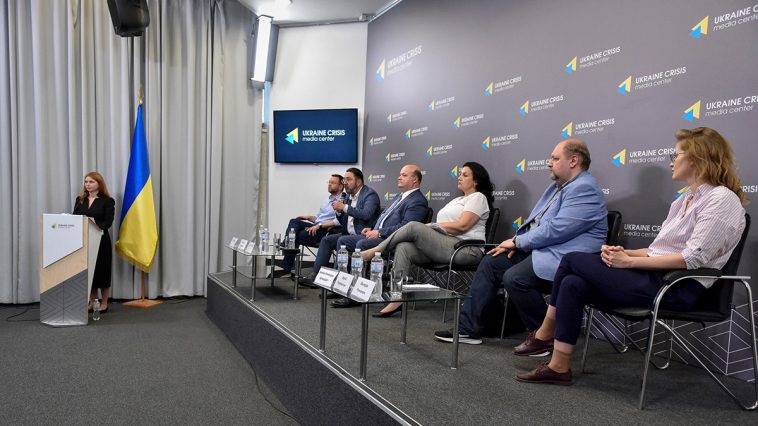 The second in a series of discussions on “Russkiy Mir” took place yesterday, “The Kremlin’s Goals and Tools in Promoting “Russkiy Mir’ Abroad”, moderated by the Head of Hybrid Warfare Analytical Group at Ukraine Crisis Media Center, Oleksandra Tsekhanovska.

Here are some of the key messages communicated by the speakers:

“Russkiy Mir” depends not only on disinformation but on a whole range of other tools, such as institutions, active measures, historical revisionism, and influence through religion. In particular, Russian diaspora is actively weaponized to impose “Russkiy Mir” abroad.

“Russkiy Mir” also relies on actors that support “traditional values” as opposed to the liberal ones in the target states, e.g. National Rally in France.

The concept has different manifestations in various parts of the world: it is not static. However, the common feature is finding and attacking vulnerabilities of the target societies.

Ukraine has unique experience in the fight against Russian disinformation, information operations, active measures, and propaganda, which should unite international efforts in the information realm.

The world has not yet realized that “Russkiy Mir” is not attacking Ukraine only. It is an expansionist project targeting liberal democracies worldwide.

A system of national resilience is vital to develop for a comprehensive response to the challenges of “Russkiy Mir”. Dissemination of positive narratives about Ukraine should be an integral part of such a system.

The recorded discussion is available to watch via UCMC’s Facebook in English and Ukrainian.