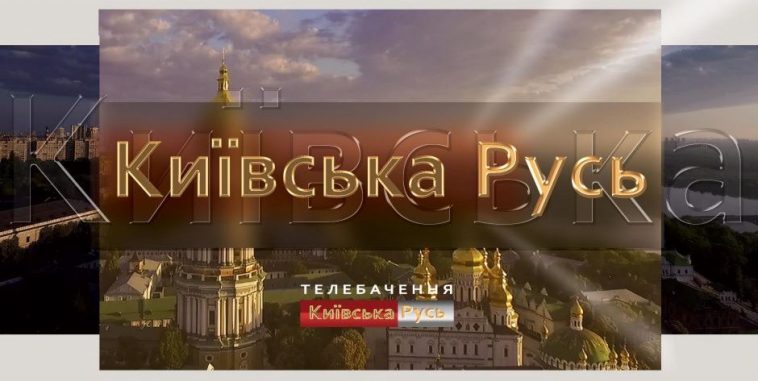 The rise of social media consistently inspires claims about the death of more traditional channels of communications — print, radio and TV. The actual state of affairs, however, demonstrates that television is far from such untimely decease in many countries, including Ukraine. According to Kyiv International Institute of Sociology, 74% of Ukrainians still consider TV-channels to be a primary source of news. Their agenda is indicative to forming public discourse, opinions and electoral behavior. It makes them a desired and valuable acquisition for those who desire to enhance and solidify one’s political influence — deoligarchisation remains a primary goal and challenge for Ukrainian media environment.

In such context, a recent restart of a “Kyivan Rus” on cable should be watched closely for possible hidden — and important — implications. Before it fell silent for nearly 10 years, the channel was linked to Hennadiy Vasyliev, Prosecutor General in 2003–2004, 5 times elected as an MP with his last term as a representative of the pro-Russian “Party of Regions” that dominated Ukrainian politics since 2010 and until the Revolution of Dignity. He served as a Deputy Head of Presidential Administration in 2010–2011 under ex-President V.Yanukovych — and was also a benefactor of the Russian Orthodox Church (ROC).

“Kyivan Rus”, founded in Donetsk in 2003 and positioning itself as a family-oriented channel, heavily promoted Orthodoxy and exported “traditional values” in their ROC interpretation. Over time they have become one of the key pillars for the artificial ideology of Russkiy mir, where Moscow Patriarchate plays a significant role of the morality warden in the face of the allegedly ever-threatening perversions of the “decaying West”. To spread the message within its borders, Russian Federation has, among other means, a “Tsargrad” channel with similar ROC agenda. Its founder and chairman of the board, Russian oligarch K.Malofeev has been also linked to the funding of the Kremlin’s ongoing aggression in the eastern regions of Ukraine. Meanwhile, in Ukraine itself outlets such as “Kyivan Rus” carry out the task of exporting the ROC agenda.

Despite the announced rebranding, it appears that the channel’s core agenda will remain the same. This is evidenced by the latest interview of Olena Vavylova, its editor in chief, where she insists that

We are hooked on the TV-series that impose the so-called Western civilizational values and destroy our original Slavic ones”.

This rhetoric echoes strongly one of the predominant Russian narratives on Europe, according to which “hypocrisy, unjust, biased media, puppet politicians, pedophilism, Neo-Nazism — all have been showcased as commonplace in the EU. Homosexuality continues to be a part of it.”

“Kyivan Rus” is expected to rebroadcast Kremlin-tailored narratives on Ukraine as well — and even more so. Vavylova has already facilitated Russian state-TV messaging on Euromaidan as a coup and alleged rise of the far-right and promised to “definitely talk about it with our audience”. The channel is scheduled to have at least two political-oriented programs, with one of them hosted by Ivan Miglazov, an instigator behind the attempts to “revive” the abovementioned Party of Regions. Still, Miglazov — and Vavylova herself — are far from being the only members of staff with pro-Russian position. List of TV-hosts also includes Dmitriy Skvortsov and Yan Taksiur, founders of the “Russian club”, a manifesto of which insists on a “temporary status of the state of Ukraine”. With such a team, a promise to launch two special media projects dedicated exclusively to Crimea and Donbas looks more than troubling.

In this context “Kyivan Rus” appears to be another instrument in a tool-kit of malign informational influence disguised as a “family-oriented” and seemingly apolitical channel — a notion that is clearly far from truth, considering the number of political programs already declared for broadcasting. Aside from a disguise that grants protection from criticism — those challenging the agenda are likely to be accused of meddling into religious affairs, — such public image constitutes another threat. It touches upon the specific segment of audience that is less reached by other, more transparent and professional media of communication, and makes them more prone to accept the Russkiy Mir values along with the political implications they carry.

Pushing the Kremlin’s political agenda that is veiled by religious rhetoric has been heavily employed by the Russian Orthodox Church and Moscow Patriarchate of Ukrainian Orthodox Church with a varying degree of straightforwardness. Church officials in the Western regions of Ukraine would push the modified version of “civil conflict” narrative, insisting on the necessity to stop “the fratricidal war” by accepting the Kremlin’s terms. In Russia and eastern regions of Ukraine the claims would be blunter, to a point where a blessing was given to kill “fascist” Ukrainians who fought against Russian invasion. Launch of the media-outlet that is likely to rebroadcast and amplify these narratives constitutes a serious challenge to informational security — especially given a number of other proxies promoting Kremlin’s agenda, with 3 TV channels (112, NEWSONE and ZIK) linked to one of the most notorious pro-Russian politicians — V.Medvedchuk — being of particular importance.