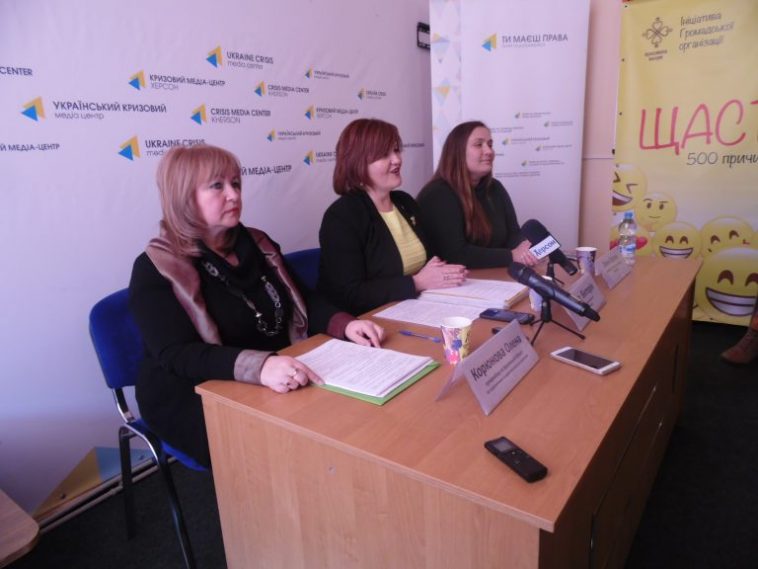 On February 14, 2020 the results of a sociological survey “The main components of happiness in understanding of the Kherson citizens” were presented at the Crisis Media Center. Kherson.

At the beginning of 2020, the Service of happiness and improvement of life quality was established in the Kherson regional state administration. The launch of this subdivision has aroused great interest among the residents of the region and the public members. Dozens of articles on the Happiness service and its leaders have appeared in the media.

The emergence of the Happiness service coincided with the emergence of new community initiatives. So, at  the beginning of February the independent theaters within the framework of the local festival “February February” hosted the performance “What does the happiness mean?”. The NGO “Happy Nation” organized a sociological poll “The main components of happiness in the understanding of the Kherson citizens”. The survey was conducted by means of a survey among Kherson residents at the age  from 16 to 65 years. The survey results were presented by Victoria Bebko, head of the Happy nation public organization (customer of the sociological survey), Olena Koryunova, the Kherson region surveyor for sociological and marketing research, who organized the survey, and Olga Orlova, founder of the BROADWAY production center. 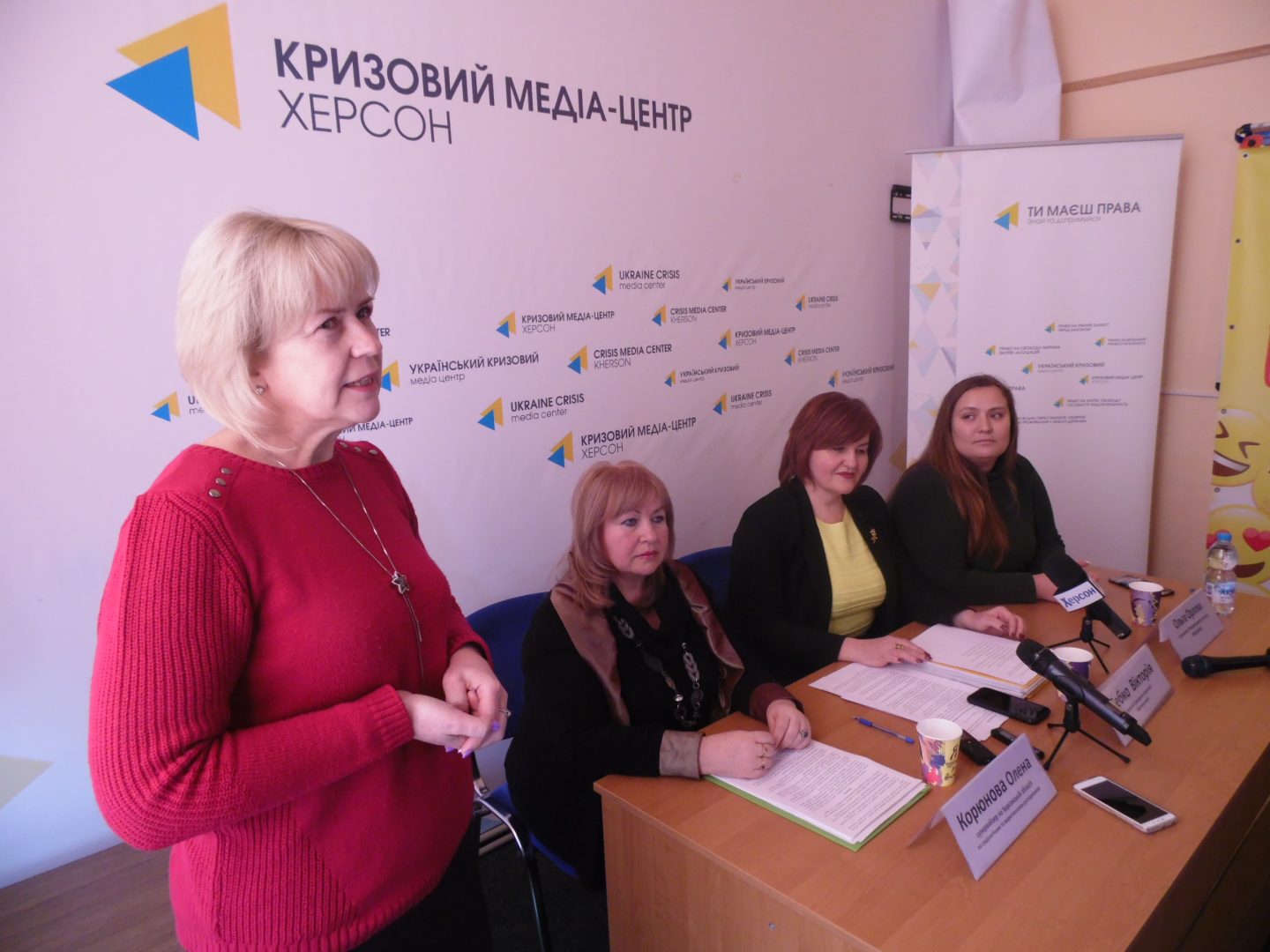 180 respondents were interviewed, where 79 of them were men (43%) and 101 – women (57%). The respondents were selected by gender and age indicators. The survey was conducted according to the standard methodology in the respondents’ dwellings. The selective control of the interviewers’ compliance with work standards was carried out. 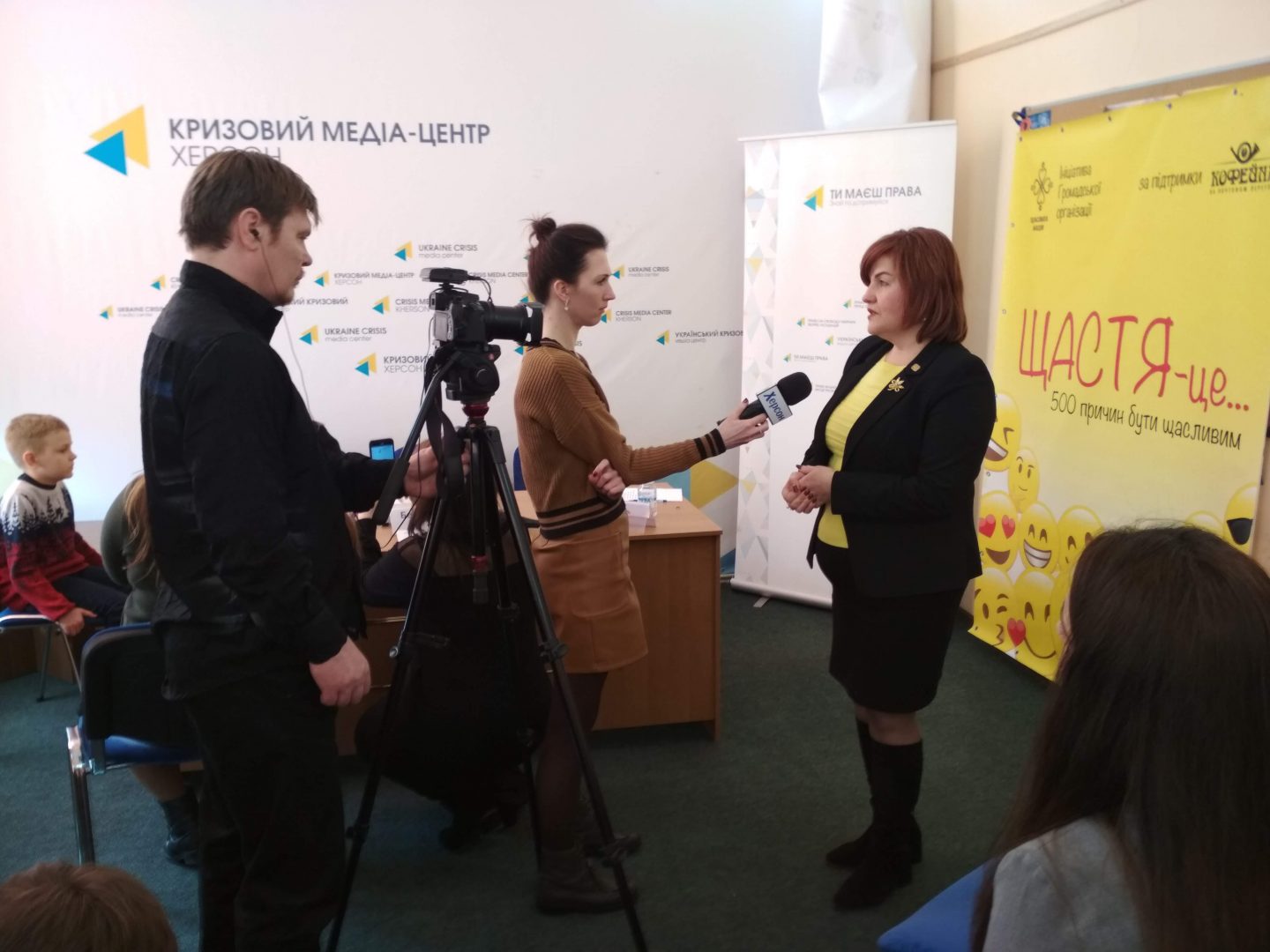 In addition, during a press conference, Victoria Bebko and Olga Orlova informed about their organization’s upcoming plans. As early as March 20, they plan to hold a Happiness forum and Happiness lessons at the city schools. This day, they plan to gather students for planting “trees of happiness.”

The event’s live broadcast can be found at the link