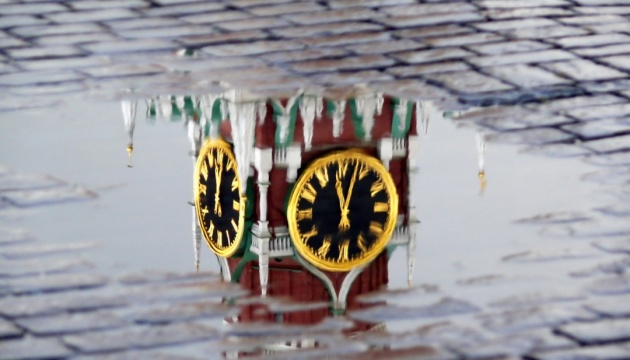 Ukrainian parliament has passed — not without a struggle — two crucial bills, simultaneously opening the land market and approving (in the first reading) what is widely known as “anti-Kolomoisky law”. While the latter document is aimed at improving certain mechanisms of bank regulation in general, its key aim is simple — to ensure that PrivatBank, the largest bank of Ukraine, will not be returned to its former owner, oligarch Ihor Kolomoisky. Both steps constituted overarching conditions on behalf of International Monetary Fund to provide Kyiv with financial aid — which, with ongoing Russian aggression and COVID-19 related crisis, is needed more than ever to avoid the possible default. Passing the bills that, admittedly, require refinement was a tactical win for Ukraine, which would hardly withstand the consequences of default — but not everyone is happy about it.

A key player that undermined voting procedure by either abstaining or voting against on both occasions is the pro-Russian “Opposition Platform — For Life” (OPFL). Its co-chairman Yurii Boiko was the only presidential candidate last year to be in Kremlin’s good graces — unsurprisingly so, with all the trips he made to Moscow to negotiate on gas discounts without any mandate from the government. Another co-chairman is Vadym Rabinovych, one of the most passionate reproducers of Russian narratives on anything under the sun from “fascist” government in Kyiv to George Soros running Ukraine. In fact, Soros was called a direct beneficiary of the land reform in question: “This is not a political issue, but the issue of survival and existence of our country, our Ukraine. And I want to say this to the representatives of IMF and Soros and others who want to lay their sticky fingers on Ukrainian soil — you, gentlemen, have miscalculated. You can go whistle [vulg.] for Ukrainian land!“.

Several hours later the sentiment was echoed by another man, who claimed that OPFL is doing everything “to stop this outrage… aimed at pillaging Ukrainian land, at selling Ukrainian land; to stop what the authorities do at the behest of Washington, Soros fund and, especially, IMF”. Head of the party’s strategic council, Viktor Medvedchuk is the one really in charge of OPFL — and one of the centerpieces in a vast network that Kremlin has comprised in Ukraine from agents of influence of all sorts. This is not the first time Medvedchuk and his media-empire, which constitutes an ever-growing threat to Ukraine’s information security from within, has targeted Soros. In particular, he became a subject of the whole smear campaign that closely followed the Kremlin’s map of attacking civic society — and this is, by far, not the only time Medvedchuk relied on the Moscow’s playbook while doing its bidding at the same time.

OPFL support a number of initiatives beneficial for the Kremlin but harmful to Ukraine, including:

These actors have repeatedly pushed for default (1 — Rabinovych, 2 — Medvedchuk, 3 — Ilia Kyva, OPFL MP), which would not only constitute a huge blow to Ukrainian society, but also naturally distance it from the Western partners, leaving alone with Russia. Asking Moscow for financial aid, which is suggested in the COVID-19 anti-crisis action plan by OPFL, is not the end of the story. In the same plan the party insists on lifting sanctions from Russia. The danger of such implications is not even in their potential implementation, which is highly unlikely given the strong opposition to the idea and pro-European choice on behalf of many other political actors and civic society.

Threat lies in creating the artificial visibility of lifting sanctions being a course that has many followers in Ukraine, while it is, in fact, actively pursued only by the actors with direct ties to the Kremlin. Should Western partners not be knowledgeable enough of political landscape in Ukraine, they might consider this idea as a valid voice of independent opposition that OPFL, by all means, does not represent. The implication would seriously damage international support for Ukraine in its battle against Russian aggression, because Western partners would be unlikely to pursue sanctions if they were under impression that Ukrainian society itself does not agree with them.

Kremlin’s agents of influence are a tool not only to promote pro-Russian initiatives in Ukraine, but also to create a visibility of strong support for them. Artificially crafted internal legitimizing of aggressive Russian policy might seriously damage Ukrainian stance on international arena.

COVID-19 pandemic has sparked yet another pro-Kremlin initiative in the circle of Moscow’s agents of influence. In particular, the abovementioned V.Rabinovych has called for “copying” Putin’s plan to counter the disease — on air of one of the Medvedchuk-linked channels, TV-hosts of which have also emphasized the issue. While “Putin’s plan” is criticized by many, including in Russia itself, for political opportunism and abrupt application of extremely harsh measures without introduction of the state of emergency (which would put the financial burden on the state), among other things, it is also full of inconsistencies.

One of such inconsistencies is related to May 9th victory parade in Moscow, which is supposed to be a grand event for Putin’s regime. With COVID-19, Russian government is currently considering alternative scenarios for the parade, yet all the massive preparations are carried on schedule with disregard to the dangers posed by pandemic. Given the largely reinvented role of WWII for political legendarium the Kremlin tries to establish, the celebrations bear great symbolic value. They also have yet another function — to legitimize Putin’s rule in international community, which is the actual reason behind inviting world leaders to join the event. Given Kremlin’s armed aggression against its neighbors, war in Syria, worldwide disinformation campaigns and acts of aggression on foreign soil akin to poisoning of Sergey and Yulia Skripal, and considering further growth of autocracy in Russia itself with the latest constitutional charade, such legitimization is unacceptable.

Representatives of Ukrainian civic society have launched a #StopPutinsParade campaign, urging foreign leaders not to take part in May 9th celebration in Moscow — a position shared by many officials and civic activists in European countries that are well aware of the Kremlin’s threat. OPFL, however, again appears to be a Trojan horse — its representatives called Ukrainian MPs to join the event and have expressed their determination to take part in celebrations themselves.

This is, yet again, a fragment of altered reality, carefully constructed and rebroadcasted by Kremlin and pro-Kremlin resources a thousand times, designed to travel to mainstream media and ultimately end its journey in the minds of others. In this world of smoke and mirrors, Ukraine has a powerful force of independent pro-Russian opposition, where OPFL may be the most notable one but not the only. In harsh reality, Ukraine indeed has a powerful pro-Russian force — with strings leading right to Old Square 4, Moscow.

PS: As of April 9, 2020, more than 16,000 amendments have been suggested for the “anti-Kolomoisky” law in an all-time record for Ukrainian parliament. The goal is to stall the adoption of the bill in second reading. Majority of amendments were submitted by MPs associated with Kolomoisky himself — or by OPFL representatives who seem adamant in pursuit of default and bringing Ukraine closer to the Kremlin.