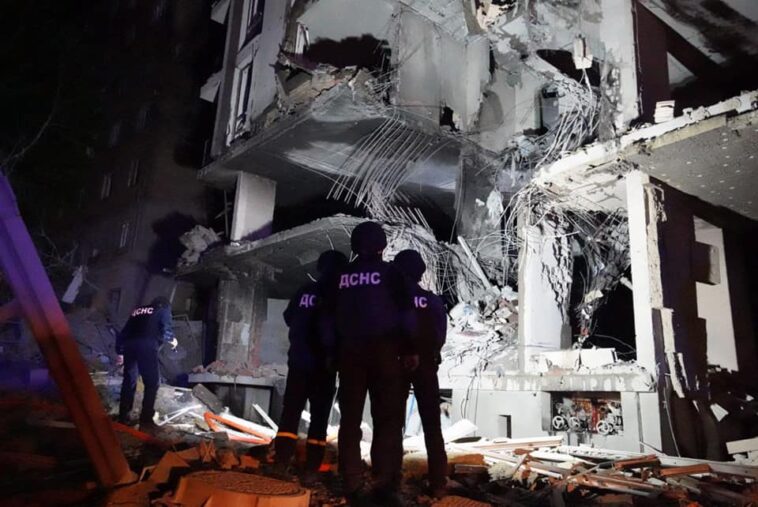 The Ukrainian troops regained control of Kutuzivka in Kharkiv region, the General Staff of the Ukrainian Armed Forces said in an evening report on April 28. The Ukrainian forces hold back Russia’s offensive on several axes.

On the night of April 28, Russia struck a field military hospital in the Azovstal steel works. There are casualties.

Russia bombards field hospital in Azovstal, casualties reported. “All night long, the Russians dropped heavy bombs on a military field hospital in the Azovstal steel works in Mariupol. These bunker busters are capable of destroying thick concrete walls,” Azov regiment said in a Telegram post. “They continued to shell the damaged sites with naval artillery.”

“There are fatal casualties, injuries and concussions among the already wounded service members,” the statement reads. Russia’s attack destroyed part of the premises, particularly an operation room.

According to the Geneva Conventions, fixed establishments and mobile medical units of the Medical Service may in no circumstances be attacked, the Azov regiment said. Soldiers in combat must respect hospitals and places where the wounded and sick, civilian or military, are collected. Azov released a video made right after the attack. In the video, they dig into the rubble to get corpses of the military who were in the hospital. They also give first aid to those affected.

“They might be able to make a show. I would not be surprised if they film the show in Crimea. In Kherson region, they would have a hard time filming. They need many people, but they don’t have that.”

Russia fails to introduce the ruble in the temporarily occupied territory, Sobolevskyi said.

“They plan big, but as they get to practice, they repeatedly fail. From what we saw, they would steal most of the ruble supplied to Kherson region,” Sobolevskyi said.

They can distribute the ruble through social lists and fake pensions, yet the “money” would hardly circulate as entrepreneurs of Kherson region will not accept the ruble.

Russian authorities ordered to “expropriate” harvests, seeds and equipment from Ukrainian farmers in the occupied Kherson region. These orders remind of Stalin’s “requisitions” of food from Ukrainian peasants in early 1930s. This led to Holodomor, Stalin’s artificial famine in which at least 4 million of Ukrainian peasants died in 1932-1933. – We continue our “Explaining Ukraine” podcast. Hosts: Volodymyr Yermolenko, Ukrainian philosopher and journalist, chief editor at UkraineWorld.org, and Tetyana Ogarkova, Ukrainian scholar and journalist who is in charge of international outreach at the Ukraine Crisis Media Centre. Listen to the episode.

Ukraine in Flames #49: How Ukrainian volunteers enclose the victory and inspire the world

The Army, church and volunteers were the most trusted institutions in Ukraine before the war. The number of people who want to volunteer in Ukraine has been growing since 2014 when the war began. Since February, 42, 2022, 43 500 volunteers applied through the Ukrainian Volunteer Service platform alone, and about 100 000 new users joined online. Volunteers have been critical in coordinating daily rescue missions to save not only thousands of human lives, but also a huge number of the country’s non-human population – pets, farm animals, zoo animals and wildlife.

The universal trust to the volunteers, their 8-year long practice in field conditions, superhuman resilience and well-established horizontal connections are one of the major resources that the Army of Ukraine relies on today. Commander-in-Chief of the Armed Forces of Ukraine Valery Zaluzhny said that the Ukrainian army was strong because there were thousands of volunteers next to him and behind him – people who have become the blood system of the army.

In Ukraine in Flames #49, we will tell several stories on how Ukrainian civil volunteers facilitate the Ukrainian victory.