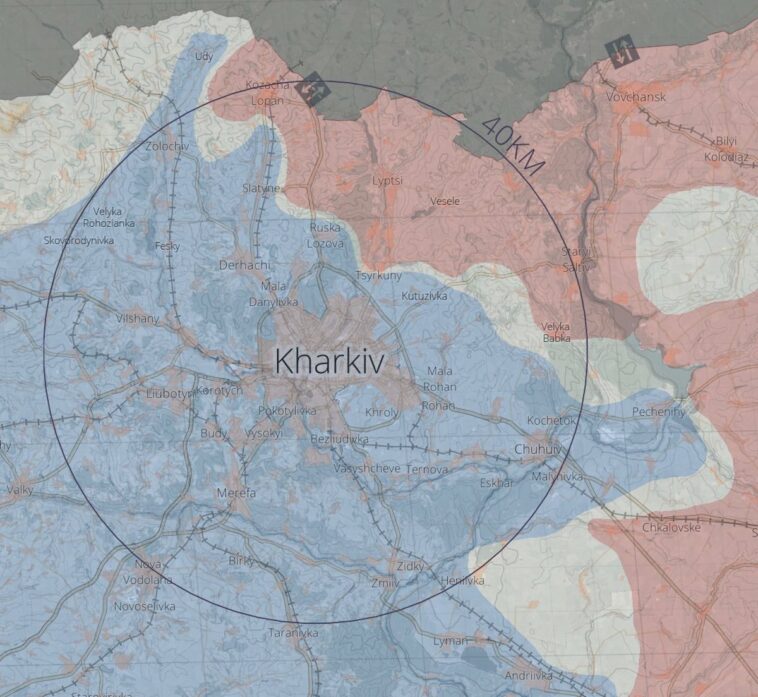 A humanitarian operation continues in Mariupol as hundreds of civilians remain trapped inside the Azovstal with the Ukrainian troops, Vereshchuk said on Telegram. A humanitarian crisis is unfolding, she added, as people are running out of water, food, and medicine.

On April 27, Ukrainian President Zelenskyi met with the UN Secretary-General António Guterres. They agreed on a joint humanitarian effort by Ukraine, the UN, and the International Committee of the Red Cross, the Vice Prime Minister said.

On May 2, evacuation of civilians from Mariupol ran in parallel. Advisor to Mariupol’s mayor Petro Andryushchenko told Radio Liberty: “The buses began to leave Mariupol. According to the preliminary agreement, buses will pick up people in the village of Mangush and Berdyansk.”

“People can also join the convoy in their own vehicles. We hope that thousands of Mariupol citizens stuck on the way from Mariupol to Zaporizhzhia (as Russian forces did not let them out), will get to Zaporizhzhia tonight or tomorrow morning.”

On the evening of May 2, head of the Zaporizhzhia regional military administration Oleksandr Starukh said the arrival of the convoy to Zaporizhzhia is delayed.

On Monday, Russia struck Azovstal with various weapons, Azov regiment told Ukrainska Pravda, and Telegram channel Mariupol Now reported. The bombardment caused a massive fire visible from all around the city. The service members are alive. Russia used artillery and aircraft against them.

“Today, a missile strike hit a residential building in Odesa. There were five people inside the building,” head of the press service of the Operational Command South (Pivden) Natalia Humenyuk said.

“A 15-year-old child was killed, and another minor was taken to hospital. She gets medical help. Psychologists of the State Emergency Service work with the rest of the people who stayed inside the building,” Humenyuk added.

Fire burns in a building after the missile strike. The attack also damaged a religious site near the building.

Russia poised to announce general mobilization on May 9, Ukraine’s intelligence says. “Russia already resorts to hidden mobilization and readies to openly announce total mobilization in the near time,” head of the Main Intelligence Directorate of Ukraine’s Ministry of Defense Kyrylo Budanov said in an interview with Novoe Vremya.

Answering a question on whether Russia plans to announce a full mobilization on May 9, Budanov said: “Yes, they get ready [to do so].” “Rosreserve began to verify what they have and to calculate how many people they can mobilize through mobilization orders. That is a necessary step before the actual mobilization,” Budanov explained.

Answering a question on whether the Kremlin plans to win in Donbas by May 9, the head of Ukraine’s military intelligence said: “That is their goal, but it will not happen, they do not have time. They will not manage to do it.”

We visited Bucha a few days ago and will tell you stories of the Russian occupation in this Kyiv suburb which became a symbol of massacres committed by the Russian army. This episode will also cover latest news from the frontline, as well as our continuing analysis of Russian propaganda. — We continue our “Explaining Ukraine” podcast. Hosts: Volodymyr Yermolenko, Ukrainian philosopher and journalist, chief editor at UkraineWorld.org, and Tetyana Ogarkova, Ukrainian scholar and journalist who is in charge of international outreach at the Ukraine Crisis Media Centre. Listen to the episode here.

Ukraine in Flames #52: How the Kherson region withstands Russian occupation

Russia wants to establish long-term control over the Kherson region to have more security in Crimea. Today the occupiers have introduced the rouble; yesterday they turned off mobile communications. The Kremlin continues to use the traditional tool against dissenters – repressions and torture. Nevertheless, Kherson residents continue to protest against the Russian occupiers and are trying to peacefully undermine the occupiers’ plans.

On April 27, another pro-Ukrainian protest took place in Kherson. The Russians used light and noise grenades against peaceful Ukrainian protesters – 4 Ukrainians were wounded. On April 29, Russia abandoned the idea to ​​hold a quick referendum on the establishment of the Kherson People’s Republic. The Main Intelligence Directorate of the Ministry of Defense of Ukraine stated that it was the Ukrainian resistance that could have potentially disrupted the referendum and all the occupiers’ plans to create the KhPR.

Today’s Ukraine in Flames #52 tells stories of popular resistance against the Russian occupation forces in the Kherson region. We stand with unconquered Kherson residents as they defend their freedom ​​and Ukrainian sovereignty.

Ukraine in Flames #53: Russian destabilization of Moldova: reasons and consequences