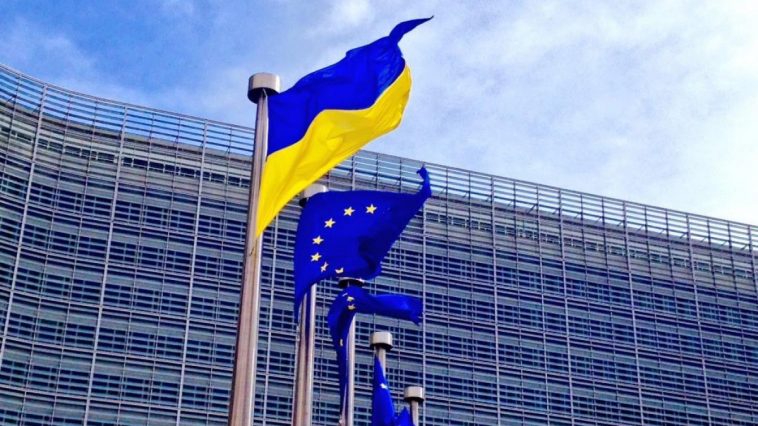 On September 28, Ukraine Crisis Media Center hosted the roundtable discussion “Prerequisites of a successful EU-Ukraine summit. What to expect from the major meeting of the year with the EU.” The debate comes two weeks ahead of the summit scheduled for October 12. Representatives of the government and opposition, experts, and journalists gave their perspective on the highly anticipated event. We break down key moments from the discussion.

Justice, freedom, and security. The EU’s top priority. On Ukraine’s end, the spotlight is on the judicial and anticorruption reform. On this track, Ukraine follows the roadmap charted by the Ambassadors of G7 states. The Ukrainian experts hope that the EU will greenlight joint border control with Ukraine, the ball is in the EU’s court now.

Agreement on Conformity Assessment and Acceptance of Industrial Products. Ukraine readies to align its technical, sanitary, and phytosanitary regulations with the EU to remove trade barriers.

Customs. Ukraine and the EU are set to mutually recognize the status of the authorized economic operator by the end of 2022. Ukraine is to join the Convention on a Common Transit Procedure by 2023.

Digital agenda. Expectation is a roadmap for Ukraine to join the EU Digital Single Market.

Public procurement. Ukraine should seek formal recognition of its progress by the EU, as it has advanced further than is acknowledged.

Transport. Envisioned success is the Common Aviation Area Agreement. Better access to the EU market for road transport companies is an open question.

Financial services. Ukraine readies to join the Single Euro Payments Area. The EU and Ukraine are to begin consultations, setting the path for Ukraine to be treated as EU’s internal market.

Energy. Ukraine is to seek guarantees for its transit infrastructure, and its gas transportation infrastructure in the first place. Move receipt points of Russian gas to Ukraine’s eastern border. Ask to expand financial support to renewables.

European Green Deal. A road map to join the initiative. Ukraine is headed to join the European Climate Pact, New European Bauhaus, and the Green City Accord.

Lack of government mechanisms. In most areas, Ukraine needs to step up its commitments to harmonize its legislation with the EU’s regulations, Serhiy Sydorenko said. Ukraine now has no government mechanism to move that forward. There is only the Parliamentary Committee on Integration of Ukraine to the EU chaired by Ivanna Klympush-Tsintsadze.

All eyes on roadmap by G7 Ambassadors. It is critical to implement the roadmap proposed by the G7 Ambassadors by next year’s EU-Ukraine summit, said Dmytro Shulha, director of the European Program at the International Renaissance Foundation. At stake is joint border control leading to better transport infrastructure, and putting an end to waiting lines at the Ukraine-Poland border. Ukraine needs to have an annex to the EU-Ukraine Association Agreement similar to the ones that Georgia and Moldova have, Shulha said.

A sneak peek at the final statement. The closing joint statement will base on a draft provided by Ukraine. That was agreed by the President of Ukraine Volodymyr Zelenskyi and the President of the European Council Charles Michel in summer, said Ihor Zhovkva, deputy head of the Office of the President. The document will highlight European aspirations of Ukraine, and cement its will to join the EU’s internal market. The EU and Ukraine will jointly assess the implementation of the EU-Ukraine association agreement. Political part of the statement is to vow support to Ukraine’s territorial integrity, condemn Russia’s aggression, call on Russia to implement the Minsk agreements, and affirm that the sanctions will stay.

Behind formal reports: implementation of EU-Ukraine agreement. Implementation of the EU-Ukraine Association Agreement is not as smooth as is officially reported, said Ivanna Klympush-Tsintsadze, Chair of the Parliamentary Committee on Integration of Ukraine to the EU. Formally, in justice and security sectors, 87 per cent of requirements are implemented. They were later rolled back, and that went unreported. The corporate governance reform is fully completed, reports say. But recent top appointments in Naftogaz Ukraine raise doubts on the autonomy of state-run companies. The government’s inconsistent staffing policy and institutional efforts weaken the progress of Ukraine’s integration with the EU. “Positions were cut in the government office. Significant effort was put forth to fill those positions. Following constant unmotivated reshuffle, the government office falls short of expertise and professionals,” Klympush-Tsintsadze said.