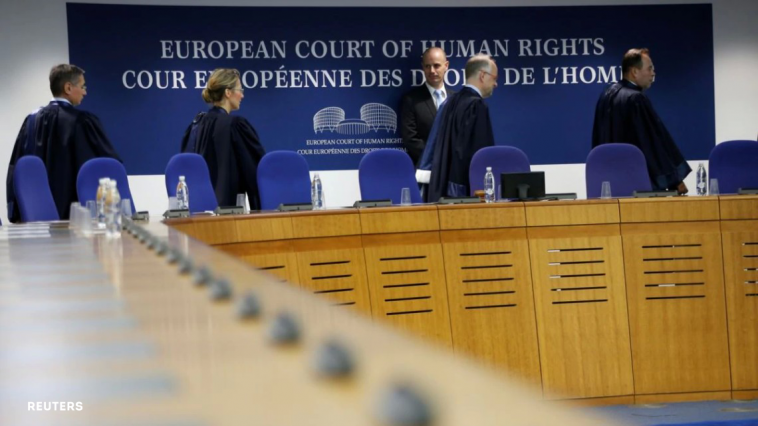 Russia had exercised effective control over Crimea as from February 27, 2014, before it illegally annexed the peninsula on March 18, 2014, the European Court of Human Rights concluded in its decision delivered on January 14, 2021. In what appears to be the first decision in the case of Ukraine v. Russia (re Crimea), the Court declared partly admissible complaints of human rights violations in the occupied Crimea brought by Ukraine against Russia.

Thus, the court decision puts the responsibility for the human rights violations in Crimea on Russia that has been exercising a de facto control of the peninsula since late February.

We take a closer look at the allegations to see what the Court decision means and what’s coming next. We went through the most exhaustive analytical pieces by the Ukrainian media, particularly “Yevropeiska Pravda”.

Why did Ukraine take Russia to the ECHR? The European Court of Human Rights (ECHR) based in Strasbourg does not have jurisdiction to decide on the annexation or occupation of Crimea as such, or on Russia’s aggression against Ukraine in general.

At the same time, the Court considers the violations of the European Convention on Human Rights that guarantees the respect of fundamental rights and freedoms (ranging from the right to life to the right to property) in the Council of Europe member states. Facts of the violation are insufficient to hold Russia or any other state liable. Key is to prove that the state takes no action to address the violations, for example, does not duly investigate into them.

What did Ukraine complain of? In 2014-2015 Ukraine complained of a pattern of systematic human rights violations by Russia in the occupied Crimea. Later, Kyiv kept adding to its initial application new evidence of Russia’s crimes. Finally, the allegations were merged into a single case with 17 key points. Ukraine affirmed that the occupant spread in Crimea the “administrative practice” (systematic violations that were not investigated) of the following human rights violations:

The three latter complaints were rejected by the Court as inadmissible. The Court found that the incidents referred to had not amounted to a pattern of violations, but concerned one-off episodes in early 2014.

Meanwhile, the 14 remaining points convinced the Court to consider systematic violations by Russia and proceed to examining the merits of the complaint. Those allegations against Russia are promising of the final decision to Ukraine’s benefit.

However, Ukraine’s major win is that the ECHR has become the first international court to identify the date on which Ukraine lost its control of Crimea. That’s February 27, 2014.

Why did the Court recognize February 27, 2014 as the starting date of the occupation? That’s a question that matters legally. When did the occupation of Crimea by the Russian Federation start? What is the date to be accepted by court? Is it February 20 – the date engraved on the medals “for the return of Crimea” from the Russian Defense Ministry? Or is it February 22-24, when numerous reports were made of the Russian troops redeployed from the Black Sea Fleet bases of the Russian Federation to the key roads in Crimea? Or is it in March, when Russia started preparations of the so-called “referendum”? In the end, the Ukrainian government chose a strategy to prove that Ukraine had lost control of the peninsula on the night of January 26 into January 27, 2014, when Russia’s special forces seized the building of the Crimean Parliament.

The choice paid off. Judges of the ECHR accepted the arguments of the Ukrainian government and concluded that the responsibility for all human rights violations in Crimea since February 27, 2014 is exclusively on Russia.

The decision of January 14, 2021: major wins. Ukraine’s allegations against the Russian Federation concern the violations that happened in late February and early March 2014, prior to the illegal annexation of the peninsula.

The Ukrainian government maintains that it completely lost control of Crimea on February 27, 2014, after the Parliament premises in Crimea were seized by the Russian troops.

The Court fully agreed with Ukraine’s arguments. Thus, the ECHR declared admissible the “alleged existence of an administrative practice of extending the Russian Federation’s laws to Crimea and the resulting effect that as from 27 February 2014 the courts in Crimea could not be considered to have been ‘established by law’”.

The Court considered Putin’s statements. In its decision qualifying the application in the case of Ukraine v. Russia (re Crimea) partly admissible, the European Court of Human Rights considered statements by the President of the Russian Federation Vladimir Putin that confirm the seizure of the peninsula by the Russian troops.

The Court took note of the undeniable statements by President Putin. The first one was made “on the night of 22 to 23 February 2014, during a meeting with the heads of security agencies.” The President of the Russian Federation Putin is quoted as saying that he had taken “the decision to start working on the return of Crimea to the Russian Federation”.

Putin’s second statement was made during his television interview on April 17, 2014. He openly admitted that Russia “had to disarm the military units of the Ukrainian army and law enforcement agencies”, and that “behind the backs of the Crimean self-defense units, there were our soldiers”.

What’s next? The actual decision is intermediary and just greenlights the consideration of the application on the merits. Yet, there is enough evidence of Russia’s systematic violations in Crimea.

They are well documented, international organizations and courts confirm. Thus, the facts of systematic violations of the rights of Crimean Tatars and Ukrainians in the peninsula were accepted as admissible evidence by the International Court of Justice as part of a different, more complicated case on Russia’s violations of the United Nations International Convention on the Elimination of All Forms of Racial Discrimination.

Reluctance to investigate the disappearances, limiting the freedom of movement and the freedom of assembly, imposing nationality, expropriating the Ukrainian property etc. – all those incidents are undeniable, and the government has enough evidence to prove those facts. The primary task, the most complicated one, was to prove the admissibility of the application for the ECHR. The systematic nature of the problem and the Court jurisdiction were to be confirmed (to remind, the ECHR does not consider the fact of the military aggression as such).

Subject to confirmation was also the date when Russia took control of Crimea, as some of the Russia’s crimes date back to February and early March.

As this preliminary stage is passed, there’s a growing certainty that the decision on the majority of the allegations will be to Ukraine’s benefit.

Expect no fast decision. To compare, let’s see the timeline of the ECHR’s decisions in the case of Georgia v. Russia on the consequences of the armed conflict of 2008. The Court ruled the application admissible in December 2011. The final decision came nine years after, it will be announced next week, on January 21. The Ukrainian government hopes that the case of Ukraine will be moving quicker (as Georgia’s case was actually a precedent), still, it will take the Court at least several years to make the final decision.