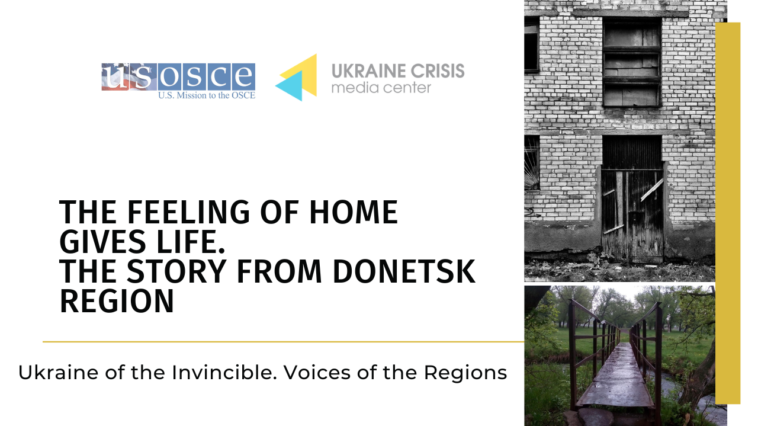 According to the Ministry of Health, about 60% of Ukrainians need mental help today. None of the experts can say what the figure will be tomorrow, because the war is ongoing, losses are growing, and these are not only human lives, but also broken relationships, lost jobs, and destroyed homes. Everyone experiences it differently – staying under occupation, being under fire in a war zone or going abroad to a totally unfamiliar environment.

Under these conditions, the state is trying to take control of the problem. They have even launched the National Program of Mental Health and Psychosocial Support to help Ukrainians overcome war-related stress, the effects of traumatic experiences, and prevent the development of mental disorders.

The National Psychological Association, supported by its partners, opened a free hotline in the format of audio and video calls. But what if a person does not know about it and the medical system in their town has actually stopped its activity? This is where the primordial human factor comes into play.

This story is about a woman who had to stay because of responsibility and duty. For the safety of our heroine, her name has been changed. We will not tell you where exactly she works and in what town she lives, because the safety of the patients for whom the woman is responsible also depends on this. We’ll call her Anastasia. We will only note that she lives in the Ukrainian government-controlled territory of the Donetsk region.

Anastasia has a medical degree and works as a psychologist in a mental hospital. After living in another city for a certain period, the woman returned home before the outbreak of hostilities in 2014. Since then, she has not left her town. She decided not to do it even when the war knocked on her door for the second time.

She lives in a small town with his elderly parents. Her mother was seriously ill and then died. After all her relatives gradually left, only her father remained. It so happened that she had neither possibility, nor strength, nor desire to leave. In fact, the woman did not even consider evacuation, as her father and patients, who were unable or unwilling to leave, had to stay in town.

Taking care of her father is not Anastasia’s only duty. She helps the townspeople as a nurse, does drip injections and intravenous injections. Her patients are mostly acquaintances or neighbors, lonely elderly people.

“They say there are nurses in our town that used to work with family doctors. But not all nurses can perform certain manipulations. That’s why I help, it’s my good will.”

Not all lonely and helpless people can and want to evacuate, because the money paid by the state is not enough to start life from scratch in a new place. The woman gives an example of her 72-year-old neighbor. Her pension is slightly less than 3,000 and she receives another 2,000 as a displaced person. Anastasia says that the elderly woman uses the money to pay for housing, food, medicine and new things.

“We faced such a situation when my mother fell seriously ill in April. We had to have some tests done, but we couldn’t because all the labs were closed.”

Another circle of responsibilities is psychosocial support, mental help, consultations, diagnostics, psychotherapeutic methods, control of medication intake, development of patients’ commitment to treatment. We are talking about those who have been treated for certain mental diseases for a long time – it can be either six months or a lifetime.

“It’s a special group, but they are people like us. When you start talking to them more deeply, you realize that they are very interesting, very smart. Some are highly intelligent. They are often very well-mannered and polite people, but with a certain disease.”

Anastasia explains: if you know the subtleties of this disease, the rules of support and treatment, then these people remain in society, create families, go to work and live the same life as any average person. However, the woman notes that it’s necessary to work not only with a person, but also with people around – the immediate and extended family members, friends, and colleagues. That is, all people who can influence the patient’s condition in one way or another. And despite the war, none of the patients can be left without attention and care.

Anastasia often has to work with patients remotely – some have gone abroad, some have stayed in the occupied territory. The former have some difficulty because of a language barrier. Despite the fact that they are cared for and treated well, there is no one to talk to.

“The war affected everyone without exception. It is still too early to say how it affects people with mental illnesses. But I predict that everyone will have a lot of work and a lot of requests to help.”

Anastasia advises that people who are in the war zone or have left it, should first of all maintain a routine of good diet, sleeping, and water consumption. It is important to do the usual chores.

“No one canceled cleaning, washing, and cooking during the war. We must try not to change our daily lifestyle too much.”

“Because there are a lot of fakes and false-flag news reports, which is bad for people’s mental health. It is difficult for people to differentiate between the truth and lies.”

Another tip from Anastasia is to maintain communication. If it is impossible to talk in person, you can talk with your usual circle online or by telephone.

“From time to time we feel useless, forgotten, we feel some discomfort. It is important to preserve the pre-war communication.”

The next tip is psychological hygiene. Try not to get involved in any disputes, quarrels, strife. Try to abstract from all this. Take up a hobby, listen to your favorite music, if possible (and if the security situation allows) go for walks every day. All this is important not only for your physical condition, but also for your mental health.

“The psyche is used to living in stability. And when something derails us, it is important that a person returns to the usual way of life as soon as possible. Then everything becomes a little easier.”

It was her vegetable garden that helped my interlocutor to recover, as long as she could go there safely. And her cats. A significant role is played by another specialist who regularly helps her with psychological support in work and in life.

As for her future fate, the woman is considering a private house as “plan B” for the cold season. However, she says, it needs repairing, because it is on the outskirts and is damaged. But if it survives, it will be possible to repair it and live there. But what gives her real strength is awareness that it is necessary to do this for the sake of her own home. And home means walls, the city, the region, and the whole country.

“Why did I stay? First of all, because of my parents, and secondly, I didn’t live in my hometown for a number of years. But this longing for home – I still remember it. It is an indescribable feeling when you dream of home. And that feeling when you come home after years of absence is incomparable. And it was the feeling of home that perhaps gave me strength when I lost my mother. The feeling of home gives life. Like anyone, I hope for the best.”