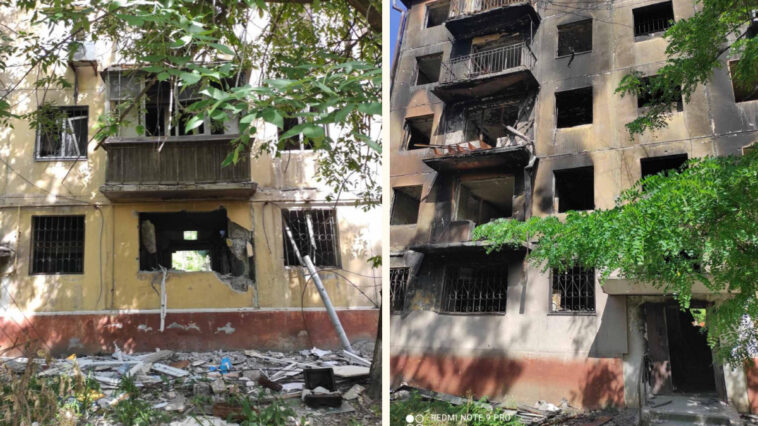 In the temporarily occupied Mariupol, problems with doctors continue. Hospital #2 has almost no staff, told Petro Andryushchenko, adviser to the mayor of Mariupol, on his Telegram channel. This hospital serves 30-40 thousand people.

“For the most densely populated district of Mariupol, there are two therapists, one ENT, one surgeon, two neuropathologists, one cardiologist, one gynecologist, one urologist, and one ophthalmologist. For reference, the hospital employs a total of 4 doctors who previously worked in Mariupol hospitals. All this most vividly demonstrates the realities of the medical system and the passive resistance of Mariupol doctors,” the official writes.

The Drama Theater in Mariupol is planning performance on September 10 to celebrate the liberation of Mariupol from Nazi invaders. The occupiers plan to show Chekhov’s play “Vaudeville”. To do this, they invited Russian actor Yevgeny Mironov.

On July 1, the occupation authorities started demolishing buildings. Accordingly, notices are posted on the houses that will be demolished so that people prepare to move to a maneuverable housing fund. However, such a fund does not exist in Mariupol.

“Maneuverable housing fund” is something that Mariupol does not have, – says Petro Andryushchenko. – In fact, this means you will be evicted to the street, so take out your things and go where you want.”

The situation is the same with compensation for housing and repairs. In district administrations, Russians are already saying aloud that the private sector is recovering on its own. Regarding high-rise buildings, promises are still being made, even despite the official objections of the Donetsk “authorities”.

“Most residents of Mariupol started to independently restore the roofs of buildings due to the rains. They hang around porches, sell valuables at pawn shops for next to nothing, and use this money to buy materials and restore roofs. Pawn shops are controlled by collaborators who continue to profit from the pain of Mariupol residents”, the mayor’s adviser describes the situation.

According to Petro Andryushchenko, the occupiers have decided on the actual order of demolition and repair of damaged buildings.

It is planned that people will be housed in unoccupied surviving apartments. Apartments, where the owner does not appear within three months, will be recognized as ownerless and become the property of Mariupol.

“This is the only real housing fund that the occupiers will operate without tales of “reconstruction”, – reports the adviser of the mayor of Mariupol.

According to his information, if the owners of apartments where people already live appear, the owners of the property will be resettled in other free housing.

Settlement in concrete modules is planned no earlier than August. People will be settled without interior decoration, with bare walls. It is impossible to take your personal belongings and furniture from the houses because you do not have where to move them. Warehouses that are functioning are available only to the military.

Andryushchenko clarified that the beginning of the active phase of demolition is planned for the second decade of July. On July 1, a general list of buildings to be demolished will be published.

“When exactly will the building be demolished? It will be decided depending on the scandalousness of the situation and the presence of real residents. The fewer residents there are, the sooner the demolition will be”, added the mayor’s adviser.