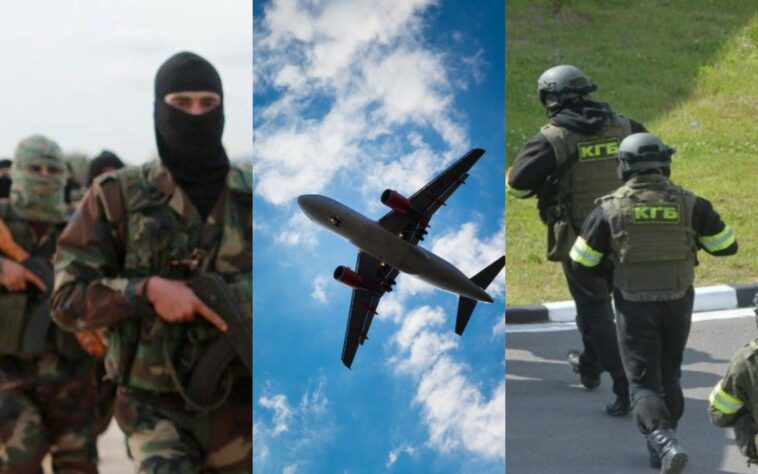 On November 17, Bellingcat and the Insider released the findings of the highly anticipated investigation into the operation to capture Russian mercenaries. Alongside operation details, the investigation offers insight into why it failed. Former military intelligence director Vasyl Burba, removed from office in August 2020 said that the head of the President’s Office Andriy Yermak suggested to delay the operation by a week to make sure that the ceasefire in Donbas brokered with Russia comes into effect on July 27, 2020.

On November 15, the parliamentary ad hoc committee investigating the case released its conclusions. They do not coincide with findings by the international investigative journalists. We take a close look at the discrepancies relying on materials by Ukrainian media determined to uncover the true account of events much awaited by the nation.

The operation. The derailed operation to capture Russian mercenaries resulted as a top story that marked the year 2020 and Volodymyr Zelenskyi’s presidency overall.

The story came into public spotlight in late July 2020 when a group of more than 30 men, mostly Russian nationals recruited by private military contractors, were arrested in Belarus ahead of the presidential elections. It later appeared that many of them fought in Donbas on the Russian side, and some were involved in downing of aircraft including the passenger flight MH17.

Belarus did not hand over the mercenaries to Ukraine, and sent them back to Russia instead. A few weeks later, Ukrainian media revealed that Russian mercenaries were lured by Ukraine’s operatives, in an operation run by the Ukrainian military intelligence.

The long-running operation aimed to prosecute and jail the mercenaries in Ukraine. Emergency landing in Ukraine would have been requested for the plane carrying the mercenaries from Belarus to Turkey. As the departure was postponed and Russia’s mercenaries stayed a few days more in Minsk, the operation failed. They were detained by the Belarusian special forces. Ukraine’s government and Zelenskyi personally asked to hand them over to Ukraine, but Belarus sent them back to Russia.

What Ukrainian government said in 2020 and 2021. The Office of the President, the Main Intelligence Directorate of the Ministry of Defense, and the Security Service denied the operation for almost a year. Journalists and opposition members commenting on the subject were accused of spreading Russia’s false narratives and destabilizing domestic situation. It was only in summer 2021, that the Ukrainian President provided an opaque confirmation that the operation did happen, but said it was a foreign one.

What Russia and Belarus said. Russia said the mercenaries of the Wagner private military contractor committed no crimes. The U.S. and Ukrainian security services lured them to Belarus in a move to destabilize the situation ahead of the elections and spark tensions between Belarus and Russia. Initially, Belarus said the group was sent by Russia to help the opposition and put the country in turmoil for the upcoming elections, and strongman Lukashenka stopped the plot. After the elections, as Lukashenka’s position shattered, he sent the mercenaries back to Russia.

Unclear who ordered operation delay, report by parliamentary ad hoc committee. In the first months after the operation failed, Ukraine’s political opposition insisted that the “Wagnergate” should by reviewed by the Parliament. In spring 2021, the “Servant of the People” (Sluha Narodu) majority party created an ad hoc committee to investigate the case. Its members are only MPs of the majority party.

The committee had a broader scope and was to also consider the episodes of fighting in Ilovaysk and Debaltseve that resulted in mass casualties, consistency of the Minsk agreements with national interests at the time of the deal, and Viktor Medvedchuk leading talks with Russia on behalf of Ukraine.

In mid-September 2021, the head of the ad hoc committee Maryana Bezuhla made the first public report presenting interim results. She confirmed that the operation against the Wagner mercenaries happened.

Starting from 2014, the Ukrainian intelligence collected data on mercenaries fighting in Donbas, the committee said in a report. In 2018, operatives began to recruit them. In 2020, Ukraine’s military intelligence and the security service started to plan the operation.

The operation aimed to lure the mercenaries from Russia, Bezuhla said. They were offered employment with a fake private military contractor. Operatives planned to arrest the mercenaries in Turkey, not in Ukraine after the emergency landing, Bezuhla added.

The operation was neither derailed nor cancelled, the committee said. Operatives delayed the flight from Belarus to Turkey fearing operation failure.

The active episode was delayed from July 25 to July 30, 2020. The committee did not find who ordered the delay. There were no documents supporting the order.

The parliamentary ad hoc committee found no confirmation that President Zelenskyi ordered the delay. The chief of the Office of the President Andriy Yermak has no powers to do that. The Minister of Defense could greenlight advance of the operation, but could not lead it.

What Bellingact’s investigation found. Director of the Main Intelligence Directorate Vasyl Burba (removed from office in August 2020 after the operation failed) said a week-long delay was suggested by the head of the Office of the President Andriy Yermak, Bellingcat said.

The two senior security commanders in charge of the operation – the military intelligence chief Burba and the deputy head of the Security Service Ruslan Baranetskyi arrived at the President’s Office on the day before the mercenaries’ departure from Russia to Belarus to update the President on the operation. President Zelensky was busy, and they met with Yermak instead. According to Burba, the latter offered to delay the operation by a week. A day earlier, Ukraine brokered a new ceasefire agreement in Donbas. According to Burba, the position of the Office of the President was that if the operation would continue as planned and culminate in detentions on July 25, the ceasefire would be dead before it started.

Bellingcat could not independently verify this conversation, and the Office of the President did not provide comments.

Burba said he replied that a delay of a week was not feasible and would result in either loss of confidence from the recruits, or in suspicions being raised among Belarusian or Russian counter-intelligence services, or both. Burba said representatives of the Office of the President then proposed to shorten the delay to four days – with the departure and capture moved to July 29, 2020. This would have allowed the ceasefire to at least enter into force.

As the first group of 33 mercenaries was already leaving Moscow, the intelligence team were able to successfully rebook their tickets not for July 29 but for July 30. The second group of 13 mercenaries had their tickets changed to August 1. Later that morning Burba said he reported to the Office of the President that the plan was still on, albeit with a five-day delay.

The mercenaries arrived in Minsk amid rising tensions, a few weeks ahead of the presidential elections. Lukashenka feared plots and coups being suspicious of everyone. Belarusian security services were informed of the arrival of 200 mercenaries sent to “destabilize the situation during the election campaign”. On July 29, the group wanted in Ukraine was detained in Belarus.

On 30 July 2020, the Belarusian foreign minister summoned Ukraine’s interim ambassador to Minsk to inform him of the arrests and to request information from Ukraine on possible crimes committed by the men on Ukrainian territory, Bellingcat said.

Meanwhile, the Ukrainian government informally liaised with the Belarusian counterparts. Ukraine’s Security Service provided information on the background of the 33 mercenaries and the remaining men recruited by the fictitious private military contractor. President Zelenskyi personally lobbied for extradition of the men to Ukraine in a phone call with Lukashenka on August 5, 2020.

On the same day, the Russian general prosecutor submitted a formal request to the Belarusian prosecutor’s office to hand over the 32 detained Russians to Moscow. The sole Belarusian citizen, one of the mercenaries, was apparently not included and stayed in Belarus.

Investigations by Bellingcat and the parliamentary ad hoc committee differ sharply. While both say that the delay caused the operation to fail, the MPs did not find who ordered the delay. The committee also did not include in the report the testimony of the military intelligence director Vasyl Burba who chaired the operation.