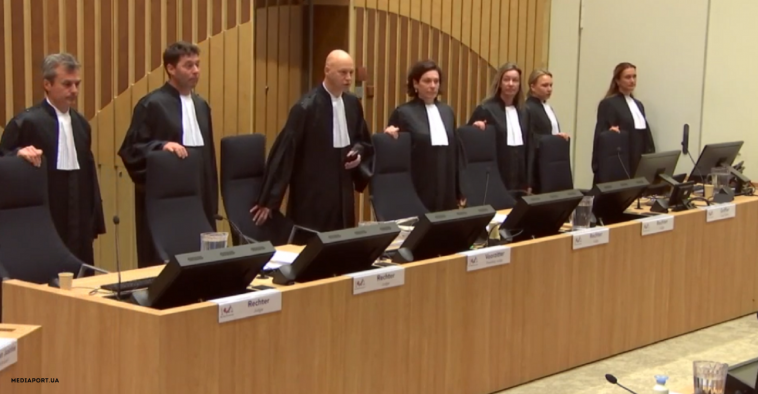 The situation in the combat zone remains tense. Over the last day in the east of the combat zone Russia-backed militants fired over thirty 120-mm mortar rounds at defensive positions of Ukrainian troops outside Opytne and Starohnativka. Russia’s proxies also fired from antitank missile systems near Bohdanivka, from grenade launchers, machine guns and small arms near Maryinka, Pavlopil and Avdiyivka. In the evening they fired from 120-mm mortars and grenade launchers at Ukrainian troops’ strongholds outside Hnutove.

In the north of the combat zone, Russia-backed militants fired from grenade launchers, heavy machine guns and small arms upon the Ukrainian troops’ positions near Orikhove and three times near Luhanske.

MH17: trial resumes in the Netherlands

Court hearings in the MH17 trial halted due to the coronavirus pandemic, resumed at the District Court of The Hague on June 8.

Court hearings are taking place not in The Hague but in separate well-protected premises of the Judicial Complex Schiphol.

The new series of hearings will continue till July 3. The next, third part of court hearings is scheduled for September. One should not expect though that in the next four weeks the hearings will take place on a daily basis or will last all day.

It looks like there will be more breaks. Any deferment or protraction fits into the logic of the Russian Federation demonstrated by the defense.

What are the charges? Who are the accused? To remind, charges were brought against four militants active in the occupied Donbas in 2014, involved in transporting from Russia the Buk missile system that took down the Boeing. These are three Russian citizens – Sergei Dubinskyi (call sign “Khmuryi”), Igor Girkin (“Strelkov” or “Strelok”) and Oleg Pulatov (“Gyurza”), and Ukrainian citizen Leonid Kharchenko (“Krot”).

The charges are based on the two articles of the criminal code of the Netherlands – downing of the airplane and premeditated murder, and foresee sentences of up to 30 years in prison and a possible life sentence.

How is the actual hearing going? The prosecution started with presenting investigation results on slides and in videos. It will take several days, then the defense will have time for questions and there will be a break until June 22. The defense should decide if they need to request additional investigation.

The prosecution will provide details of the investigation course, will explain how other versions were gradually refuted (including the Ukrainian missile, fighter aircraft, another launch site etc.), what evidence was used and how the investigation reached the four suspects.

The Dutch prosecutors emphasized that at the time of the catastrophe the armed conflict in Ukraine was going between the government and militants – separatists of the so-called “LPR”/”DPR” that have neither recognition from the international community, nor sovereignty.

Cooperation with the IMF: conditions for Ukraine to fulfil

On June 10 at the latest, the IMF Board will have a meeting, where they will also make their final decision on disbursing the USD five billion tranche to Ukraine, said Prime Minister Denys Shmyhal at a cabinet meeting last week.

The government chief also reminded of the reforms that also come as pre-conditions to the loan. “They are transparent operation of state-owned banks and companies, bolstered corporate governance of state-owned companies, independent Antimonopoly Committee, reformed customs and tax services, preserved principle ‘money follow the patient’ in healthcare. Consumer gas prices should be also brought to the market level,” Prime Minister Shmyhal said.

Ukrainian journalists Serhiy Harmash and Denys Kazanskyi will participate in the meetings of the Trilateral Contact Group on settlement of the conflict in Donbas as representatives of the occupied territories. Both journalists left the uncontrolled territory and have been demonstrating a pro-Ukrainian position in the conflict.

The journalists were invited by the Ukrainian government. They will join the group on June 9.

“I was offered to join the Ukrainian delegation to the Trilateral Contact Group in Minsk. I will be taking part in the political subgroup meeting later today as a representative of the occupied territory,” Harmash wrote on Facebook.

In his turn, Denys Kazanskyi wrote: “Starting today, I will participate in the meetings of the Trilateral Contact Group on Donbas. (…) It’s not the Advisory Council that was planned to be established and caused social indignation. The idea to have that council was rejected, it will not happen.”

“The subject is different. The action plan on the Minsk agreements, available online, has paragraphs 11 and 12, that say that local elections in the defined districts as well as the law on the special status of these districts should be discussed and agreed with representatives of the districts in Luhansk and Donetsk regions.”

Throughout the pandemic, Ukraine has recorded 27.856 coronavirus cases and 810 deaths, 12.412 patients have recovered.