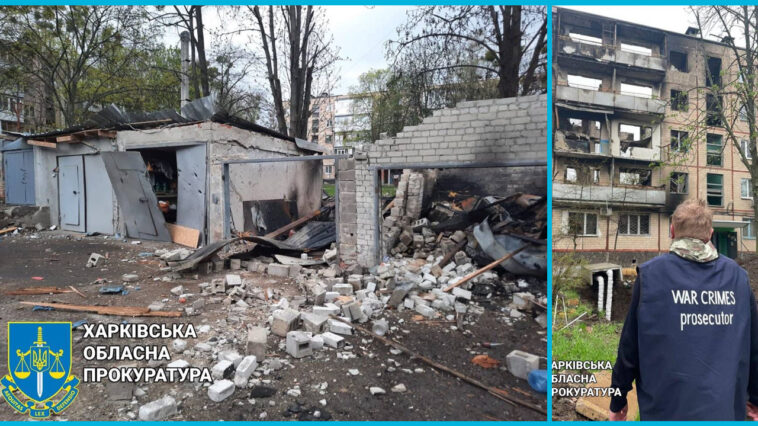 On April 19, at about 1:20 p.m., the Russian occupiers fired with Hurricane multiple rocket launchers in a residential area of ​​Kharkiv. As a result of the shelling, 4 people were killed and 14 other civilians were injured.

This was reported by the Office of the Prosecutor General of Ukraine.

According to the investigation, more than 10 houses, garages and a supermarket were damaged.

Under the procedural guidance of the Kharkiv Regional Prosecutor’s Office, a pre-trial investigation has been launched into violations of the laws and customs of war combined with premeditated murder (Part 2 of Article 438 of the Criminal Code of Ukraine).