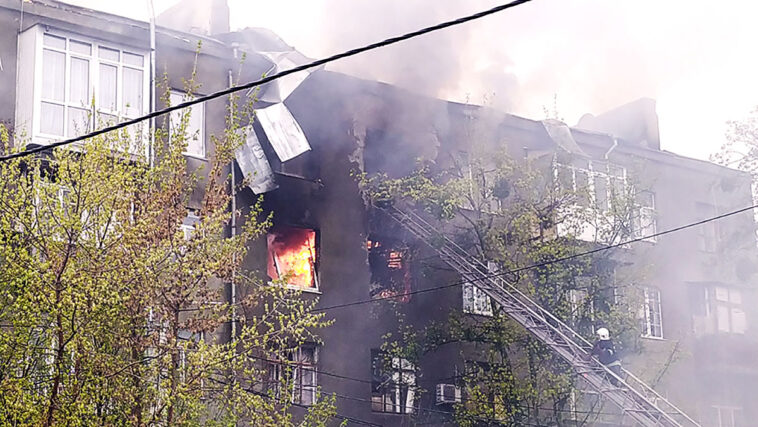 As a result of Sunday’s shelling of Kharkiv by Russian rocket artillery, 20 people were injured and 5 died.

This was announced by Oleh Syniehubov, head of the Kharkiv Regional State Administration  in his Telegram channel.

“Today, just during the daylight, the Russians again performed shelling of the central part of the city, the residential area of ​​Saltivka from multiple launch rocket systems and artillery. Unfortunately, 20 people were injured and 5 killed. Were damaged apartment buildings and other civilian infrastructure”.

The Russian missile also hit one of the city’s hospitals.

This is another cynical inhumane war crime of the Russians.