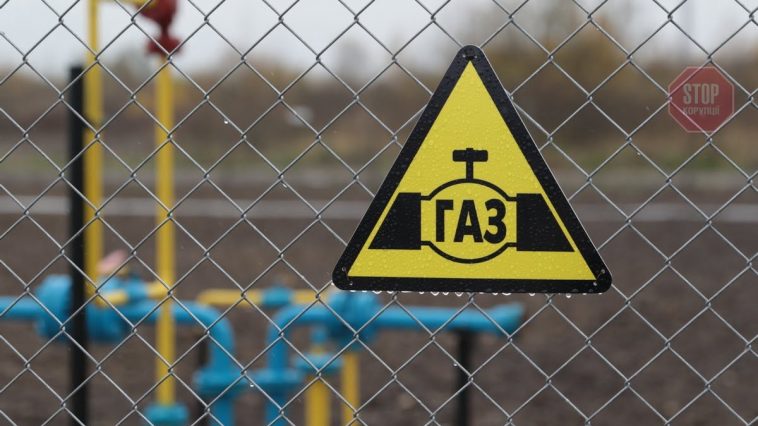 On October 2, Russia-backed militants violated the ceasefire 11 times. A Ukrainian service member was wounded in action, the Joint Forces command said in a morning report on October 3.

Russia’s proxies fired three times from Minsk-proscribed weapons. The serviceman of Ukraine’s Joint Forces was wounded by shrapnel and taken to hospital. He is in serious condition. As the Ukrainian troops returned fire from weapons not proscribed under the Minsk agreements, Russia-backed militants halted the attacks, the Joint Forces command said.

On September 27, Hungary’s state-owned energy company MVM Group and Russia’s Gazprom signed a contract to supply Hungary with gas for 15 years (by 2036) circumventing Ukraine. Under the deal, Gazprom will supply 4.5 billion cubic meters of gas to Hungary annually, of which 3.5 billion cubic meters will be transported by TurkStream via Serbia, and one billion cubic meters will be delivered through Austria. Ukraine is surprised and disappointed at Hungary’s decision to sign a contract with Gazprom for supply of gas bypassing Ukraine, a decision that “would please the Kremlin”, the Ministry of Foreign Affairs of Ukraine said in a statement released shortly before the signing ceremony for the contract.

The Foreign Minister of Hungary Péter Szijjártó said Ukraine is meddling in domestic affairs of his country, and the Ministry of Foreign Affairs of Hungary summoned the Ukrainian ambassador. Hungary referred to Kyiv’s position on the gas deal as unfriendly. The Ministry of Foreign Affairs of Ukraine in turn summoned the Hungarian ambassador to reaffirm “Ukraine’s firm position” on the gas route that bypasses the country. The European Commission is assessing if the contract between the MVM Group and Gazprom is in line with the EU legislation.

Starting 7 a.m. October 1, the transit of natural gas to Hungary through Ukraine was halted.

Hungary requested no gas transit, leaving intact Ukraine’s exit capacity of 24.6 million cubic meters per day it previously reserved for the gas year 2021/2022 (from October 1, 2021 to September 30, 2022), the operator of the gas transmission system of Ukraine said in a statement.

On October 1, the contract between Hungary and Russia for supply of 4.5 billion cubic meters of gas per year, came into effect. Ukraine used to import gas from Hungary by virtual reverse flows. Unless there is gas transit on that route, gas imports are halted.

“For decades, Hungary used to receive gas through Ukraine, and Ukraine never violated its obligations. Moreover, the route through Ukrainian is the most economically beneficial, since it is the shortest route for the supplies of gas to Hungary, as evidenced by the trade volumes between the two countries’ companies in recent years,” said Serhiy Makohon, general director of the Gas Transmission System of Ukraine. “The monopolization of gas routes by Gazprom that we are now witnessing, jeopardizes the fundamental principles of operation of the EU gas markets – competition and transparency. Strengthening of the dominant position of one player and its use of leverage on obvious political motives amid a shocking rise in gas prices in Europe has to be stopped,” Makohon added.

Hundreds of journalists from around the world investigated the leaked files branded the Pandora Papers for a year. Ukrainian politicians including President Zelenskyi feature in the trove. Here are the main disclosures as highlighted in a piece by Hromadske.

Slidstvo.Info, a group of Ukrainian investigative journalists joined colleagues to sift through the documents. They released a documentary on YouTube and their web site.

What are the Pandora Papers? Over 600 investigative journalists from 117 countries investigated 11.9 million leaked files in a year. That is the biggest trove of leaked data in history.

The journalism partnership has uncovered financial secrets of 35 current and former world leaders, more than 330 public officials in 91 countries, and fugitives, con artists and murderers. More than 1,500 Ukrainians including oligarchs, former and actual public officials feature in the Pandora Papers, Ukrainian journalists from Slidstvo.Info group found.

Zelenskyi’s ties to Kolomoyskyi. There is partial confirmation that since 2012, the offshore companies owned by Volodymyr Zelenskyi and his inner circle have received USD 40 million from companies linked to the tycoon Ihor Kolomoyskyi. In 2012, they registered more than ten offshore firms, Slidstvo.Info said.

Serhiy and Borys Shefir feature among the beneficiaries, alongside Zelenskyi. Kolomoyskyi’s companies paid USD 40 million as formal contribution to the authorized share capital. The companies are also suspected of laundering billions in funds of PrivatBank, earlier co-owned by Kolomoyskyi.

Funds were transferred at PrivatBank’s Cyprus branch that the oligarch had allegedly used to launder millions, Slidstvo.Info said. At least one of the companies run by Zelenskyi’s allies from the studio Kvartal 95 opened an account in the bank. That possibly makes Zelenskyi’s offshore companies part of the money laundering scheme.

The National Anti-Corruption Bureau (NABU) has long been in possession of the data. The agency has examined the documents earlier, and is viewing them “with a microscope” now, Venediktova said.

“The data did not and could not surprise law enforcement. Detectives of NABU gave their vision (of the data) within their competences and in line with non-disclosure policy,” the Prosecutor General added.

Parliament speaker Razumkov to be voted out of post

On October 2, 150 MPs of the “Servant of the People” (Sluha Narodu) faction signed a motion of no confidence in the head of the parliament. The speaker can be removed by a vote of 226.

The faction started the procedure to remove the parliamentary speaker on October 4.

Head of the Parliament Dmytro Razumkov earlier said he does not plan to resign, but can leave easily. On September 30, the “Servant of the People” faction started collecting the signatures in support of the motion of no confidence.

Reasons of the possible removal. Razumkov has been criticized by the Office of the President and the faction. Chair of the parliamentary tax committee Danylo Hetmantsev said the Speaker’s stand on the de-oligarchization bill was not clear.

Advisor to the Head of the Office of the President Mykhailo Podolyak said Razumkov was blocking key initiatives of the President. The action he took on the de-oligarchization bill is seen as hostile by the “Servant of the People” faction.

Razumkov sent the bill to the Venice Commission ignoring an appeal by the head of the faction Davyd Arakhamia to refrain from doing that. He also greenlighted an amendment that runs counter to the position of the parliamentary committee.

Commenting on the possible removal of the Speaker, President Zelenskyi said the matter was a domestic issue of the faction and accused Razumkov of making it public.

“We live in a democracy. If your views are different from what the 73 per cent voted for, that’s fine, go live as a private person,” Zelenskyi is quoted as saying.

What you need to know about the joint military exercise Zapad 2021 run by Russia and Belarus. Infographic by UCMC’s Hybrid Warfare Analytical Group.