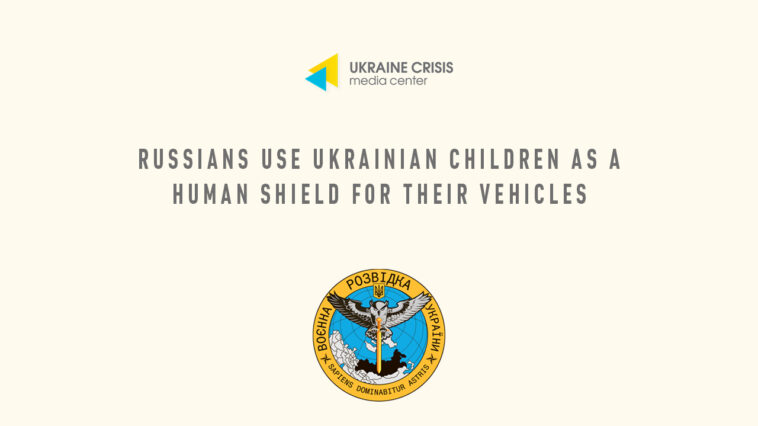 In Sumy, Kyiv, Chernihiv and Zaporizhzhia regions, there have been many cases of occupation forces using Ukrainian children as human shields for military vehicles.

This was reported by the Main Intelligence Agency of the Ministry of Defense of Ukraine.

According to local residents in the village of Novy Bykiv (Chernihiv region), Russian soldiers took local children as hostages and put them in trucks. The purpose of these actions was to insure a column of military equipment on the march.

In addition, the occupiers are using children as hostages as a guarantee that the local population will not give the coordinates of the enemy’s movement to Ukrainian defenders.

Cases of inhumane treatment of children are recorded by the Ukrainian side and international institutions. Information about each of them will be passed to international criminal courts. The occupants will be held accountable for every war crime committed.