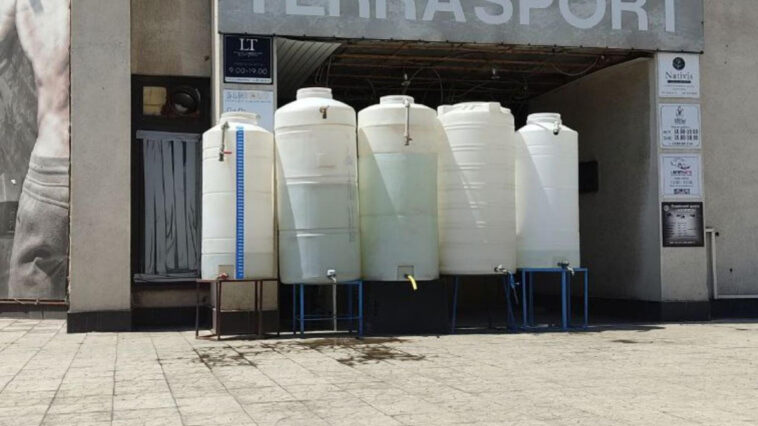 There still are problems with drinking water for the population in occupied Mariupol, especially in the Left Bank district, which is actually cut off from access to water supply, tells Petro Andryushchenko, an adviser to the mayor of Mariupol, in his Telegram channel.

In all areas of the city, the water in the tanks spoils quickly and blooms. Therefore, even low-quality drinking water is no longer available to residents, only technical.

The situation with medicine in the city has become even worse. Surgeons perform three to five limb amputations daily. According to the mayor’s adviser, at least a thousand people with diabetes remain in Mariupol under a real threat of death due to the lack of insulin and medical collapse. The shortage of doctors is solved by “volunteer doctor teams” from Russia.

The head of the occupying power of Mariupol Ivashchenko issued the Decree that all victims of “aggression of Ukrainian army” will receive one-time payments. They promise to give 16 thousand rubles per square meter (8 thousand UAH). At the same time, the official occupation authorities of the Donetsk region have repeatedly clarified that there will be no payments.

In the Left Bank district, the demolition of houses continues, including even those that are still suitable for living. All high-rise buildings on Blvd. Meotides. It is reported that people are not allowed to pick up their personal belongings. Nobody is searching for the dead under the rubble.

In Mariupol, the occupation authorities decided to rename streets, avenues, and districts. Peace Avenue will turn into Lenin Avenue, and the street of the Ukrainian artist Arkhyp Kuindzhi will become the street of Artem, the executioner of Ukrainians. And there will be a Pervomayskiy district (named after May 1) instead of a Manhush or Mariupol one.

“There was no return to the past. Caves, imperial Soviet-style manners. Let’s change the city name to Zhdanov again. Do not disgrace the glorious name of the Hero City of Mariupol”, Andryushchenko said.