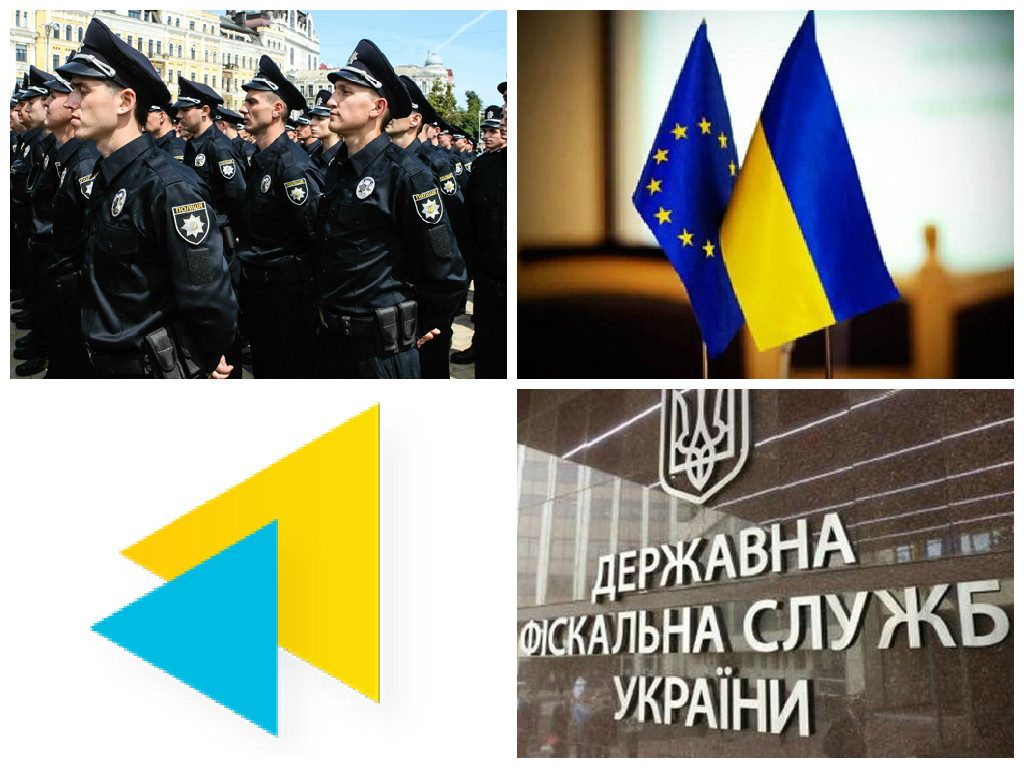 Law enforcement reform is to accelerate: Khatia Dekanoidze has been appointed National Police Chief. She is one of the architects of Ukraine’s Ministry of the Interior reform. Dekanoidze gained experience of reforming the law enforcement and education system in Georgia. Old police force militsia ceases de jure functioning in Ukraine on November 7 and substituted by the new police. The major task for the National Police Chief is to conduct effective and quick transformation. Namely, special attestation commissions will be set up across the country in regional offices of the National Police to facilitate the process. The commissions conduct selections of personnel on competitive basis, starting from Kyiv and Kyiv region. The competition will be held in several stages: selection for managerial positions in form of a specialized test, interview, polygraph test as well as test for compliance with professional ethics and conduct. Candidates will undergo a professional test and an interview.

Admissions for candidates to the new structural unit of the National Police – the Bureau for Combatting Drug-Related Crimes – started on October 30. The staff will be formed from scratch: both civilians and law enforcement staff can take part in an open competition. Competition to fill two sectionsis underway: operative staff (agents) and analysts. A salary of UAH 9-12 thousand and policemen’s social benefits are offered. The Bureau is scheduled to start operating by the end of January 2016.

Ukraine’s agreements with international organizations as to participation in state drugs procurements bring first results. Ukrainian government transferred UAH 620 million to UNDP for purchase of medicine against tuberculosis, hemophilia and other rare diseases. It amounts to about 30% of all allotments eligible for financing national programs on provision of vitally important medicine. Ukraine’s Ministry of Healthcare signed a deal with the British procurement agency Crown Agent, which will purchase medicine for cancer patients worth of over USD 750 million.

The move marks progress in tackling one of the most corrupt areas of tender-based procurement, making it more transparent. On the other hand, patients will get a chance to receive them in time.

While Ukraine is deciding on its views on the European values, the European institutions not only advise Ukraine, but also provide financial assistance. Germany agreed to provide EUR 136 million in bilateral technical and financial cooperation to Ukraine by the end of 2015. Eighty eight million euros, which are going to be disbursed for projects of financial cooperation as loans, while EUR 48 million is to be spent on technical assistance projects as irrevocable. The World Bank, too, is going to disburse USD 560 million to Ukraine.The respective decision has been approved already.The money is to finance road development in Ukraine.

Lustration (cleansing of staff) has reached tax officials. As a result, 42 percent of the State Fiscal Service top management and 15 percent of the local management have been fired. It still remains a question whether these dismissals will improve business climate, considering Ukraine’s taxation system remains redundant. The Ukrainian government foresees cutting inspectors’ staff at the State Fiscal Service by almost one-third, which will give a further moral boost to the Ukrainian business community.

Ukrainian exporters gained new opportunities after adoption of two technical laws. They refer to the ratification of the protocols on amending the Marrakesh Agreement on establishing the World Trade Organization and between the Cabinet of Ministers of Ukraine and the Government of the Republic of Tajikistan on withdrawing certain goods from free trade.

Defeat of the week was a failure of the Ukrainian Parliament to vote for the bills required for visa liberalization with the European Union. Only two out of 13 bills regulating anti-corruption measures, labor relations and labor migration were adopted. These were the draft Labor Code and two projects on illegal migration approved in the first reading. The package of anti-corruption laws supposed to introduce special confiscation institute and the National Agency for confiscation and asset management, which was intended to become an effective tool for combating existing corruption, has not found MPs’ support. Moreover, parliamentarians tried to change bills contrary to European approaches.

On November 10, Ukraine has to report on the progress of harmonizing legislation withthe requirements to get a visa-free regime with the EU. The Parliament still has time to fixits mistakes and adopt the laws.