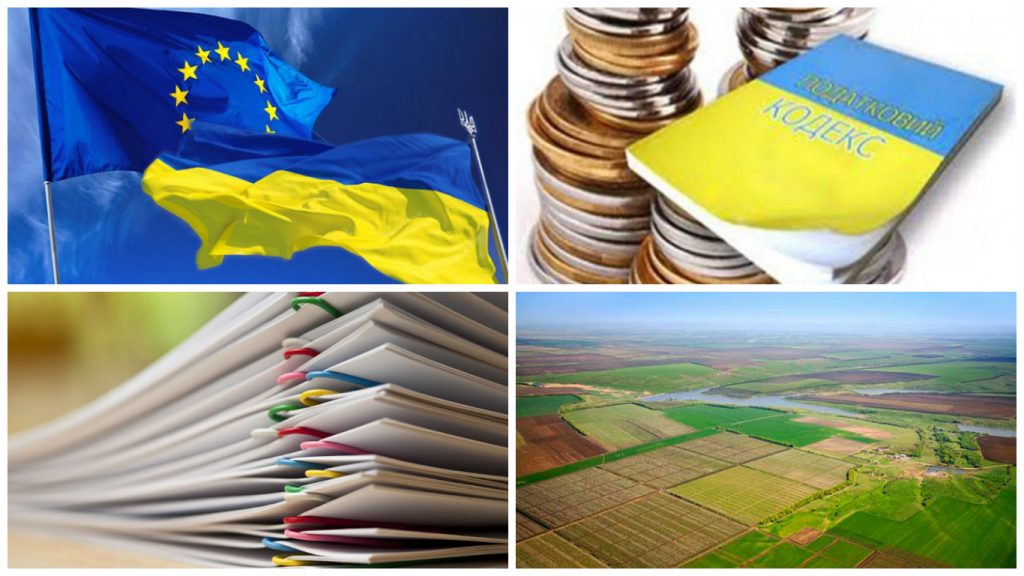 Dreams come true. Following five years of negotiations Ukraine is finally approaching a visa-free regime, whereby its citizens will be able to enjoy visa-free travel in the Schengen Zone. The European Commission adopted the respective decision on December 18. The decision notes that Ukraine has fulfilled all the conditions required for visa liberalization.

Despite the positive signal from Brussels, it is still too early for Ukraine to celebrate victory. The European Council (interior ministers of the 28 EU member states) will need to adopt the respective decision unanimously. The European Parliament also has to pass the decision with a majority of votes.

Successful reforms are only possible if consensus is achieved in wider society. In line with this principle, tax reform has been postponed to 2016. The decision results from an agreement among the parliament, government and civil society. Thus the budget-forming process that was earlier stopped due to disagreements on taxation has been unblocked. Further steps are as follows. On December 21 the government will submit to the Parliament a new draft law amending the Tax Code. Based on it, the 2016 budget will be drafted. After the winter holiday season all stakeholders will start working on the new Tax Code. The decision reached on the future tax and budget systems demonstrate that Ukrainians are learning to compromise. It is important that all parties to the process draw their conclusions and communicate with each other in a more efficient way. The aim is to have an effective and just taxation system in force by July 1, 2016.

Ukraine moved away from Soviet standards, accepting up-to-date and internationally recognized ones. This means that over 13 thousand technical standards introduced before 1992 (GOSTs) are now being removed. The change is not only technical, but also one of mentality. It is not only the role of the state that is changing, but also the role of the consumer. The state will control only food safety while other spheres will remain consumers’ responsibility, who will choose with their wallets.

GOST standards are to be completely removed in two-three years.

The Government adopted a resolution (no.859 “On conditions and remuneration scales for top-managers of state- and municipal-owned companies and of groups of state-owned companies”). This introduces a market payment system for good performance. Decreased risk of corruption in managing state property is expected from this decision.

Annual salaries of top managers will constitute 25% of his/her overall remuneration, 75% is to be made up of a bonus. Clear goals and key performance indicators (KPIs) will make part of the manager’s contract.

The Parliament is considering the law “On public procurement” that will spread the positive experience of e-procurement gained through use of the ProZorro system. Reform in this sector is gradually being introduced, driven by bottom-up initiatives. The recently created Ukrzaliznytsia PJSC (Ukrainian Railways) is to open its procurement information to the wider public. The monitoring group will oversee procurement of goods, works and services for the railways. Journalists and civil society representatives will be group members.

Ukrenergo, a state-owned energy company, is switching to e-tenders. An online platform has been created at: tenders.ukrenergo.energy.gov.ua. Additionally, to ensure transparency in tender procedures, the company is gradually introducing the ProZorro system for procurement below the threshold.

Consistency in the area of opening access to information is impressive and inspiring. After opening access to the land cadaster, Ukraine’s State Service for Geodesy, Cartography and Cadaster went further and made a public commitment to publicly release all decisions on land ownership. The move aims to decrease corruption and fraud risks. Citizens will be able to get the data on geolocations of land plots and the decision of the local-level unit of the State Geo Cadaster on its transfer or use. The information is to be updated daily. A pilot project is now operational in Chernihiv and Mykolayiv regions. The practices gained can be later spread to the entire country.

Competition-based selection for the civil service is becoming the norm. Fisheries inspectors are being selected in a similar way to police officers. The competition started on December 15 and will last for one month. Sixty-three inspectors, 13 heads of fisheries patrol teams and their deputies are to be selected. Competition-based selection is a key approach to management of the fishing industry, as voiced by the Head of the State Fishing Agency Yarema Kovaliv.