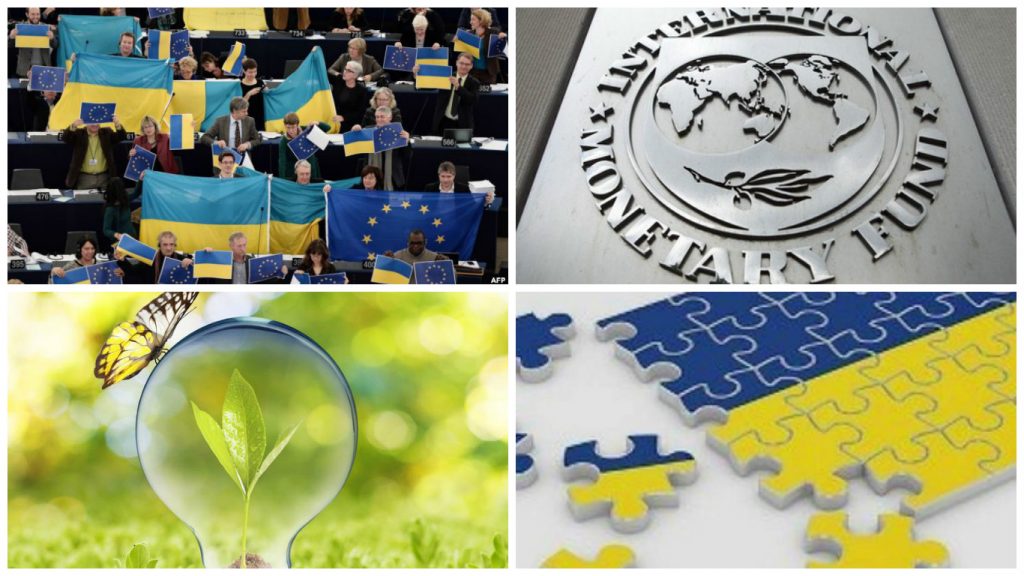 Ukraine is one step away from its priority objective of a visa-free travel regime with the EU. On December 18, 2015 the European Commission accepted that Ukraine implemented all conditions to lift visa barriers. Following the decision, the European Parliament also had its say, with its Members adopting a resolution that confirms Ukraine’s readiness for this step.

The final hurdle that Ukraine has to pass is the European Council, which must provide unanimous support. Ukrainian diplomats will have to make every effort in this regard, as well as ensure a positive result in the referendum on the Ukraine-EU Association Agreement scheduled for April this year in the Netherlands.

Ukraine’s Antimonopoly Committee has identified Russia’s Gazprom as abusing its monopolist position in transiting gas through Ukraine and issued a fine of UAH 85 billion. The decision was made based on Gazprom’s actions from 2009-2015. The amount of the fine was calculated based on best international practices.

The International Monetary Fund (IMF) positively evaluated Ukraine’s state budget for 2016. The IMF said Ukraine’s state budget, as well as the taxation changes it contains, correspond to conditions of the program between the two parties. This means Ukraine can count on vital IMF support in 2016. The overall amount of funds the IMF is ready to provide to Ukraine in the framework of the extended fund facility program is USD 17.5 billion over four years. Ukraine has received USD 6.7 billion and awaits the next tranche in the coming weeks.

It is quite a rare case when Ukrainian civil servants accept their own mistakes. Even rarer is the case when mistakes are accepted without a court decision. This is how the Ministry of Finance of Ukraine acted regarding the explanation by the State Fiscal Service of Ukraine on some provisions of the tax legislation (advance payment of income tax and simplified taxation). Entrepreneurs who saw discriminative aspects in the provisions met the explanation with indignation. Civil servants were quick to respond: letters containing incorrect information were recalled. This is a good sign that gives hope for an effective dialogue in the course of tax reform development scheduled for 2016.

One of the most long-awaited reforms is again among this week’s outsiders due to insufficient progress. Attempts have been made to sabotage the work of the National Agency for the Prevention of Corruption (NAPC), which is one of the basic links in the anti-corruption system. The NAPC has to launch a public electronic register of civil servants’ declarations that will enable society to monitor realistic correlation between incomes and wealth of officials. And this will happen only after the election of the NAPC leadership,  the formation of which has seen signs of obstruction. A similar situation exists with the abolition of a counterproductive provision of the state budget for 2016, postponing the introduction of the register until 2017, which contradicts the obligations of Ukraine under the terms of its EU Association Agreement. However, a corresponding draft law has not yet been recommended by the relevant committee for full parliamentary consideration.