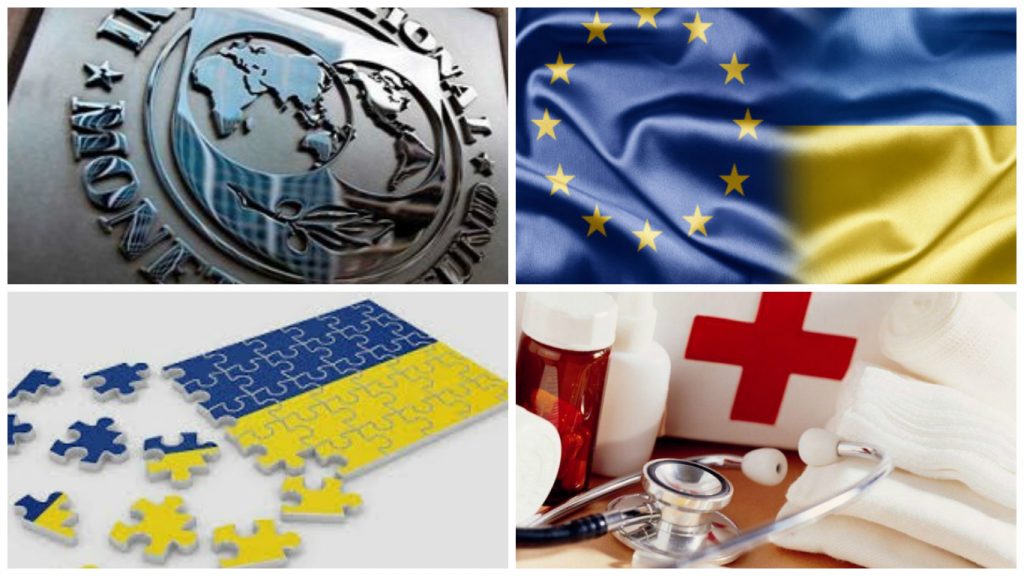 Following over 10 years of struggle for visa-free regime with the European Union Ukraine has come very close to receiving the status so desired by its common citizens. European Commission made a respective legislative submission. The document is the official proof that Ukraine has fulfilled all requirements of the visa liberalization action plan. As soon as the submission is supported by the European Parliament and the Council of the European Union (respective bureaucratic procedures are to already start in two weeks) and the respective decision is published, the visa issue with the EU may well be considered resolved.

It also means that the stakes on results of the referendum in the Netherlands made by opponents of Ukraine’s integration to the EU did not work out. Moreover the Dutch parliament rejected the draft law suggesting to revoke its vote for ratification of the agreement as the referendum results suggest.

Meanwhile several investors from EU member states announced their plans to expand existing or to start new projects in Ukraine. Manufacturing vehicles is one of the areas of focus.

Macro-financial assistance from the EU in the amount of 705 million euros that the country desperately needs is near. There is a similar situation with the 1,7 billion US dollars of assistance from the International Monetary Fund. What is needed is to approve 129 laws by the end of 2016 (29 of which are the priority be supported by the Parliament in April-May), the country needs these laws approved more than the donors do. They are required to start the reforms that society is expecting for many years. Ukraine-EU Association Agreement and the Memorandum on Cooperation with the International Monetary Fund serve as reference in this process. At the first meeting of the National Reforms Council (first one after the new government got in office) a step-by-step plan set to implement the goal was presented. Verkhovna Rada started implementing it last week by passing a series of laws as foreseen by the commitments that Ukraine has towards the international community.

Following an almost year-long procedure and actual sabotage the Parliament launches the healthcare reform by passing in the first reading the draft law on autonomization of hospitals. In case adoption of the law is completed it is to set ground for getting away from the post-Soviet management system and enacting drastic changes in relations between the patient and doctors. It is a change towards provision of medical services versus financing the number of hospital beds. As a result quality of medical services in the country is expected to grow and its financing from the state budget to improve.

Meanwhile the government has approved technical decisions set to simplify doing business and to remove corruption risks. Thus a simplified procedure is foreseen for the medicine that underwent certification in the EU member states, the U.S., Japan, Canada, Australia and Switzerland. The timeframe for the expertise was shortened, packaging requirements were simplified. The idea was being promoted by former Healthcare Minister Alexander Kvitashvili. However resulting from massive resistance from the tender mafia and from lack of support he was not able to implement it.

Government has simplified the conditions for opening and doing business in medical practice by issuing respective decision. Fewer documents will be required to obtain the license. People with no medical academic background will be now able to start this type of business by hiring the people who do have it. Initiators of these changes expect that the move will help the regions attract investment and refresh private initiative locally.

Two state-owned companies, monopolists on their markets – state railway company “Ukrzaliznytsia” and state postal service “Ukrposhta” got new heads. Candidates that had been selected in an open competition and positively welcomed by the society were approved by the Cabinet of Ministers. Nominations committee has selected winners on competitive basis for another series of companies. The candidates are due to be approved by the Cabinet of Ministers.

Renewal of staff also took place at the state oil and gas company “Naftogaz Ukraine” NJSC – the country’s biggest company that has its stirring committee fully formed. For the first time in its history the number of independent directors in it exceeds the number of state representatives. It is expected that political influence on the company’s governance will be decreased in such a way.

The financial capacity of local authorities has increased. According to results of first quarter of 2016, the growth was nearly 10 billion USD. Thus, last year positive trend (last year revenues increased by more than 40% – +29.6 billion UAH to the general fund of local budgets) due to financial decentralization is gaining momentum.

Meanwhile, the united communities have got new opportunities to become wealthy. The European Commission will provide financial support for this initiative. It allocates 97 million euros under the program “U-LEAD with Europe: Program for Ukraine for empowerment at the local level, accountability and development.” One of the key elements is development and technical equipment of more than 600 centers of administrative services.

In its turn, Parliament made an important step that should enhance the capacity of newly established communities during the decentralization reform. It is legal settlement of land issue what is implied, as the current status of lands, that were beyond the old boundaries of communities, and after the merger became inside, is not defined. This legal conflict prevents newly founded communities from adequate planning their development and using the existing capacity.

Ministry of Finance of Ukraine announced launching the fiscal services reform. The Cabinet has settled the legal side by approving the necessary draft laws that will soon be sent to Parliament. Among the innovations which taxpayers are sure to like are simplification of taxmen’s appeals against fines, and also elimination of tax police. But the fact is that parliamentary initiatives on this issue have already been registered. So, we are in for a constructive debate on the future fiscal services. Meanwhile, the finance minister announced his intention to eliminate tax police.

However, most developments, by content, are inherited from predecessors. The same is about a bonus in the form of revenues from reformed rates of single social contribution which, according to expert estimates, increased by 15-20% compared to planned ones.

Optimization of the school network, a key element of which is creating the so-called “anchor schools” – schools in remote places that provide quality education at the secondary level, very soon may get successful cases. This will happen due to launching a pilot project in 24 schools, representing all regions of the country. Its implementation involves the Ministry of Finance of Ukraine, the Ministry of Education of Ukraine, a group of donors and international companies.

The National Agency for Prevention of Corruption (NAPC) has decided to check senior officials for corruption risks this year. Organizational and technical preparations for this process are made according to the established plan. The room issue has been settled. Institutional support to run the registry of electronic declarations is provided by the World Bank.

While the NAPC is preparing for launching, the National Anti-Corruption Bureau (NABU) reports on the results. This week – more than 340 million UAH. The court met the claims for such total amount. The case in point is a dubious transfer of the state right for recovery of debt for electricity consumed by industrial enterprises to a private company. It is too early to call it quits. However, the case brought by the NABU against the structures associated with one of the most powerful financial-industrial groups deserves respect because it means nothing else than fulfillment of the mission entrusted to the NABU by the society.

Besides, the NABU has determined who will head its regional centers – in Lviv and Odesa regions. «Fresh blood» – about 30 years old. So we hope for an effective anti-corruption work at the local level.