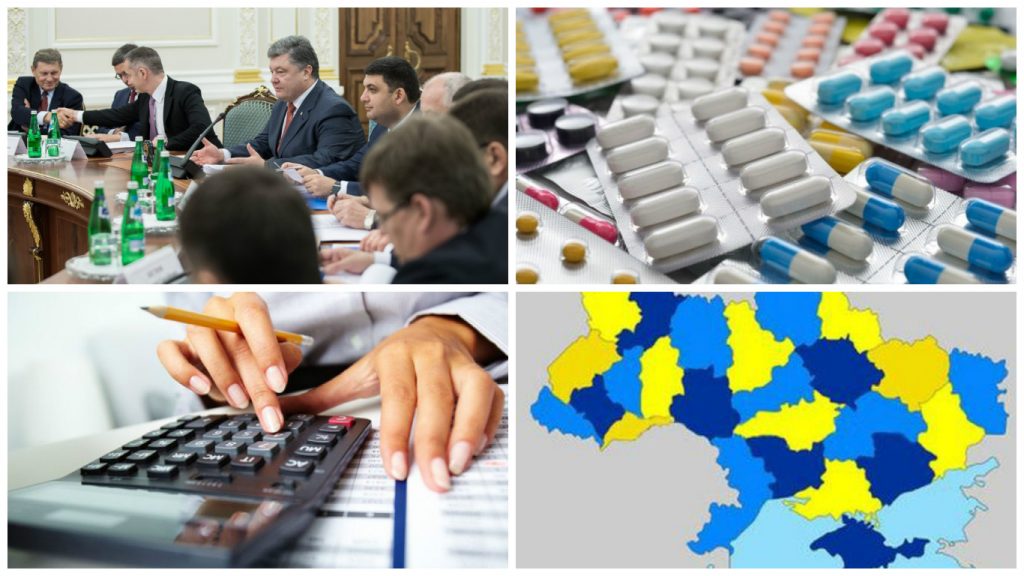 Plan of immediate steps of the Government acquired the status of an official document a week after the date of its public presentation. Thus, it will be discussed in the Parliament.

It is worth noting a rational approach to the formulation of objectives: each minister actually identified 3 – 4 goals, which, in his/her opinion, can be achieved by the end of the year. Presentation of detailed action program was held during a meeting of the National Council reform. Presentation of this detailed  action plan took place during a meeting of the National Reform Council.

The strategic goal of all these efforts should be building a strong successful state, which, in turn, is impossible without the constant actions aimed at protecting national interests. Last week, Ukraine made an important step in this direction –  filed objections to the claim on the so-called 3 billion debt of Viktor Yanukovych to the Russian Federation with the High Court of England. The Ukrainian party presents argues that the previous government’s decision was taken as a result of coercion and against the interests of the state.

Meanwhile, the economic situation in the state is slowly getting better. It is officially confirmed by a Conclusion of the Financial Stability Council (includes representatives of the National Bank of Ukraine, the Ministry of Finance of Ukraine, regulators of financial and stock markets, etc.). The Council noted the improvement of economic situation in the country since its last meeting in early March 2016. Among other things, positives include slowed inflation and stabilized currency market. But a help of international institutions is need to consolidate these achievements. So, we are looking forward to the decision of the International Monetary Fund Council and to the fruitful work of the Parliament. This week it should approve some draft laws, their adoption is a prerequisite for sustainable development. Among the proposed innovations are the revision of approaches to monitoring business activities, improving bankruptcy procedures, the abolition of compulsory business registration.

Although there is no leader of changes in the healthcare sector (the post of Minister of Healthcare is still vacant), changes do occur. The Cabinet of Ministers submitted draft law No. 4484 “On medical products” to the parliament. It has greatly simplified the registration of medicines in Ukraine. Its adoption will simplify access to the Ukrainian market, reduce corruption risks, so medicines will be cheaper, and their choice will expand. Now it is Parliament’s turn. This week it must take a volitional decision and vote for the draft law which will be on the agenda.

Nearly 50 billion UAH more: this is how much the local budget received in January-April this year from revenues of personal income tax (PIT) compared to the same period of 2015. Proceeds from the land tax amounted to nearly 7 billion UAH over the first 4 months of the year (157.7% more than over the same period of 2015).  Therefore, communities now have the possibility to receive a “capable” status. The problem lies in a rational approach to the use of increased resources. Some communities have already managed it. So, we are looking forward to sharing successful experiences. Transference of many functions from central government to the local level will also contribute to it. There is already a precedent: on May 24, the first combined community received power of public building control. For ordinary people, this step will mean simplification in getting permits for construction works, because they will be carried out in their residence area.

Creation of a single independent regulator in the area of ​​tariffs and new operating principles of the electricity market are on the agenda again. This week Parliament will try to restore order in this matter again, because it is one of the basic principles of building a competitive environment and, therefore, aimed at consumer protection. Currently, we are witnessing how lobbying efforts to reconsider “road map” reform in the energy sector gain strength – this map is an instructions for Ukraine to execute European integration commitments. Given the importance of this topic, Ukraine Crisis Media Center launched a special project – Ukraine Energy Reform.