While armistice stands in one sector, the situation is rather tense in the Donetsk and Mariupol sectors, Ukraine suffers no fatalities, while the adversary conducts aerial reconnaissance.
“The armistice holds in the Luhansk sector. Not a single militants’ armed provocation was registered in 24 hours,” informed spokesman of the Ministry of Defense of Ukraine on ATO related issues Colonel Oleksandr Motuzyanyk at a press briefing at Ukraine Crisis Media Center. The number of hostile attack drastically decreased. Nevertheless, militants decided to combine fire in several areas, using wide range of weapons, including artillery, mortars and tanks. 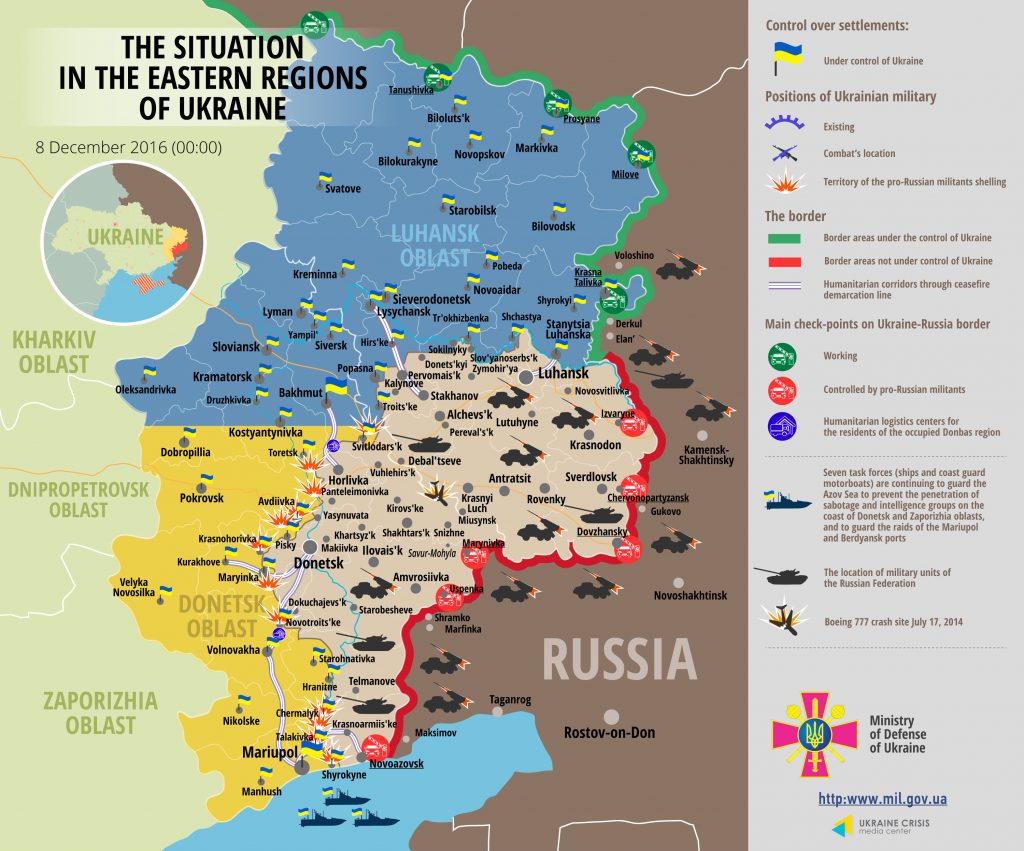 The situation was restless in the vicinity of Donetsk airport, Luhanske settlement and the perimeter of Horlivka in the Donetsk sector. Militants were mostly shooting from light weapons and armored personnel carrier near Avdiivka and Novhorodske during the day. “During the hours of darkness they started using heavy weapons. For instance, militants launched 15 mortar shells near Verkhniotoretske, and conducted a two-hour artillery attack from 122 mm and 152 mm systems starting from 8:55 p.m.,” said the spokesman.

In total, 95 artillery shells were launched at Ukrainian positions.

The biggest area of hostilities was in the Mariupol sector. Militants opened fire from 152-mm artillery and tanks in the vicinity of Shyrokyne early in the morning. Insurgents used mortar launchers and light weapons during the day. Moreover, they conducted mortar attacks near Krasnohorivka and Chermalyk. In total, militants launched 30 artillery shells and 59 mortar shells. “Provocations involving use of light weapons were registered in other areas – the vicinity of Slavne, Pavlopil, Talakivka and Lebedynske. A hostile sniper was active near Novotroitske,” added Col. Motuzyanyk.