Militants fire mostly from small arms and grenade launchers. Ukrainian troops incur no fatalities over the past 24 hours.

The situation in the Mariupol sector did not change comparing to the previous days. However, the Russia-backed militants sharply reduced use of mortars, said Col. Oleksandr Motuzyanyk, Ministry of Defense spokesperson on ATO related issues at a press briefing at Ukraine Crisis Media Center. In total, the militants launched four mines on Ukrainian positions. They used mortars in Krasnohorivka and in Talakivka. 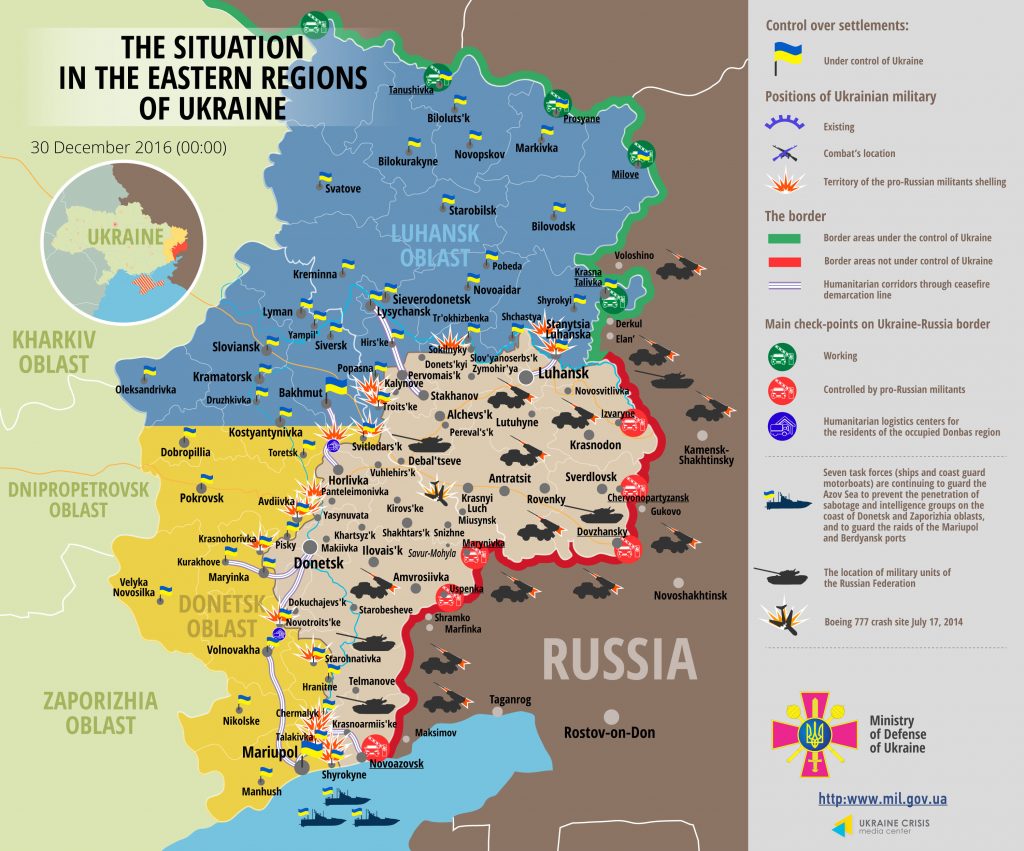 “Most of the ceasefire violations occurred in Pavlopil-Shyrokyne area. The enemy was firing from small arms both during the day and at night. The adversary used sniper guns in Talakivka and Gnutove,” said the spokesperson. In total, the militants violated the ceasefire 24 times in the Mariupol sector.

Hostilities continued in Stanytsia Luhanska area, on the far outskirts of Krymske and next to Popasna in the Luhansk sector. The militants undertook a number of armed provocations involving the use of small arms and various types of grenade launchers. “In total, the Russia-backed militants violated the ceasefire eight times in the Luhansk sector,” added Col. Motuzyanyk.

The militants violated the ceasefire all along the contact line in the Donetsk sector, except for the Donetsk airport area – on the Svitlodarsk bulge, on the outskirts of GHorlivka and in Avdiivka industrial zone. They fired 13 times on Ukrainian positions. “The militants did not use heavy weapons, however, there was active sniper fire in Avdiivka,” said Col. Motuzyanyk.

Ukrainian troops incurred no lethal casualties over the past 24 hours, three troops were wounded.

Report on the military developments as of December 29 is available here. Interactive data on the shelling: chronology shelling chart and the interactive map.