Ukrainian troops incur no lethal casualties. Militants twice use mortars in Pisky and in Shyrokyne. A number of Russian units in the occupied Donbas change their names

Most of the hostilities in the east of Ukraine took over the past 24 hours took place in the Mariupol sector. The Russia-backed militants violated the ceasefire 23 times, mostly in Pavlopil-Syrokyne area, one of them involved the use of heavy weapons, said Col. Oleksandr Motuzyanyk, Ministry of Defense of Ukraine spokesperson on ATO-related issues at a press-briefing at Ukraine Crisis Media Center. In addition, militants’ snipers were firing in Krasnogorivka, Mariynka, Novotroitske and Shyrokyne. 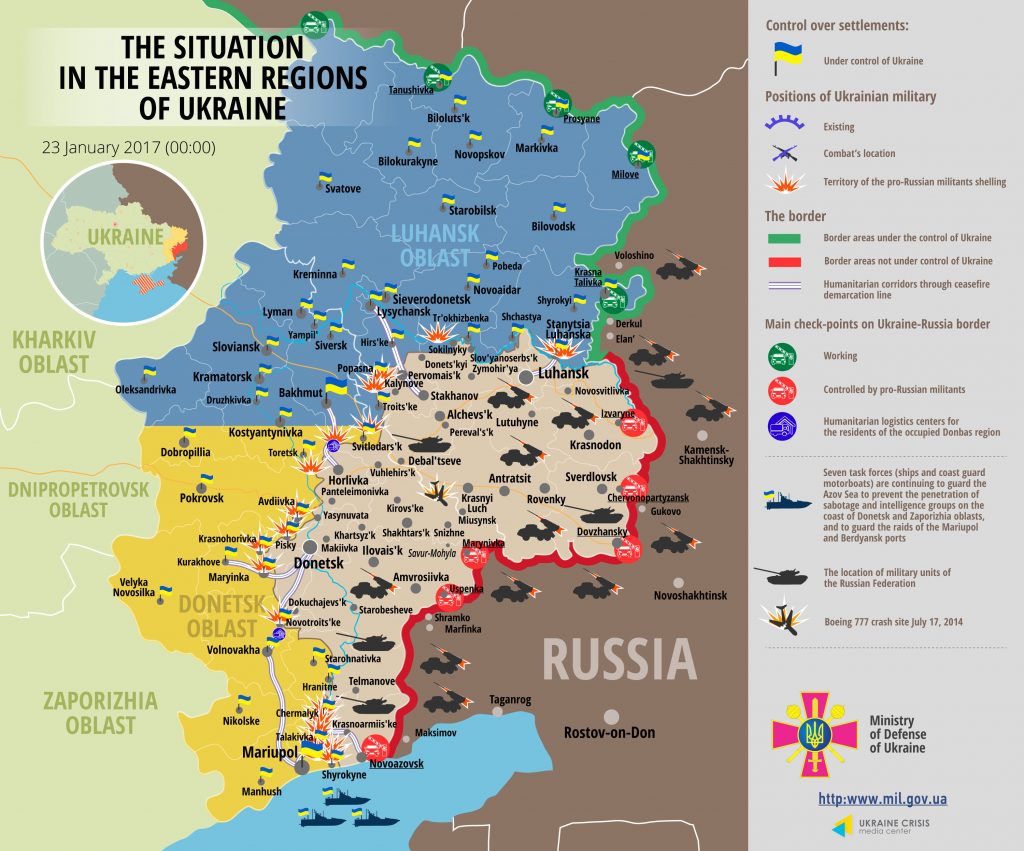 Militants violated the ceasefire 20 times in the Luhansk sector, mostly in Novozvanivka. The majority of these armed provocations took place at night, they lasted up to 15 minutes. “The occupants also fired on our positions in Stanytsia Luhanska during nearly 40 minutes. They did not use heavy weapons, however, the hostile sniper was firing there,” added MOD spokesperson.