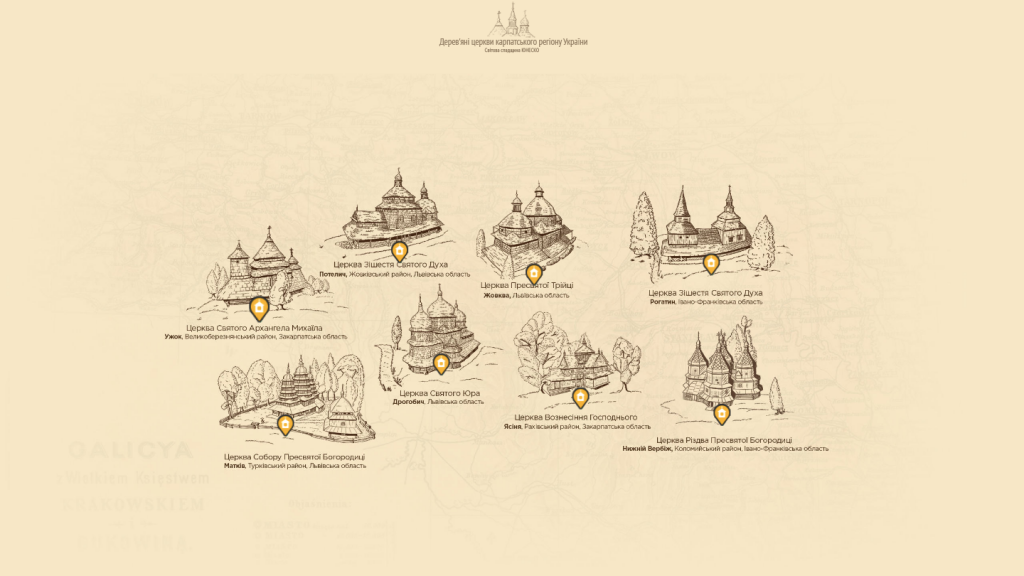 On the International Day for Monuments and Sites Google Ukraine invites everyone for a virtual tour around the unique wooden churches of the Carpathian region included in the UNESCO World Heritage List. In partnership with the Ministry of Culture of Ukraine, Google Ukraine digitized 8 wooden churches in the region and created a special site “Wooden Tserkvas of the Carpathian Region” where you can learn more about each of the churches, and visit the route via Google Maps. 3D-tours of all the churches are also available in Google Street View.

The total UNESCO list of wooden churches of the Carpathian region  includes 16 churches, eight of which are located in Ukraine and another eight in Poland. The churches can be divided into 4 types of architecture: Hutsul (Ukraine), Galician (four in Ukraine and two in Poland), Boikivskyi (two in Ukraine and one in Poland) and Lemkivskyi (all five in Poland).

The virtual tour will take you into the heart of the Carpathians and give the opportunity to learn the unique architecture of ancient Ukrainian art, masterpieces of European construction from the Cultural Heritage. Easy navigation and voice guidance will help you learn interesting facts about old churches in the Ukrainian Carpathians. Take a virtual tour of each of them and plunge into the atmosphere of past centuries through virtual reality.

With its 360-degree panorama, you can not only see the building of churches outside and take a walk on the surrounding area, but go inside and admire the interior and old icons. 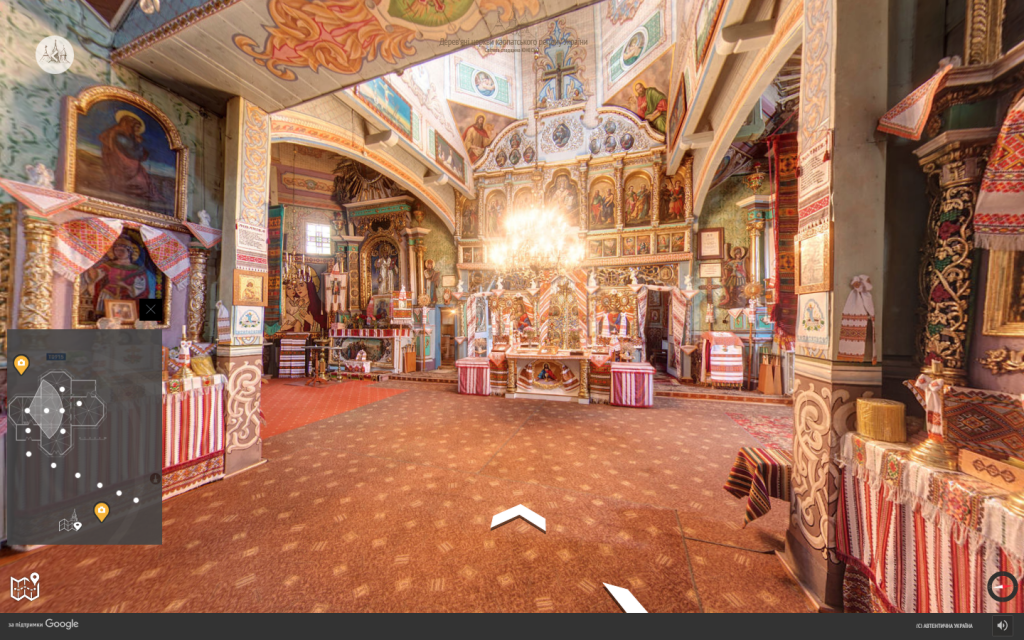 On the website “Wooden Churches of the Carpathian Region” you can take a virtual tour of eight authentic wooden churches of the Ukrainian Carpathians. The list includes: 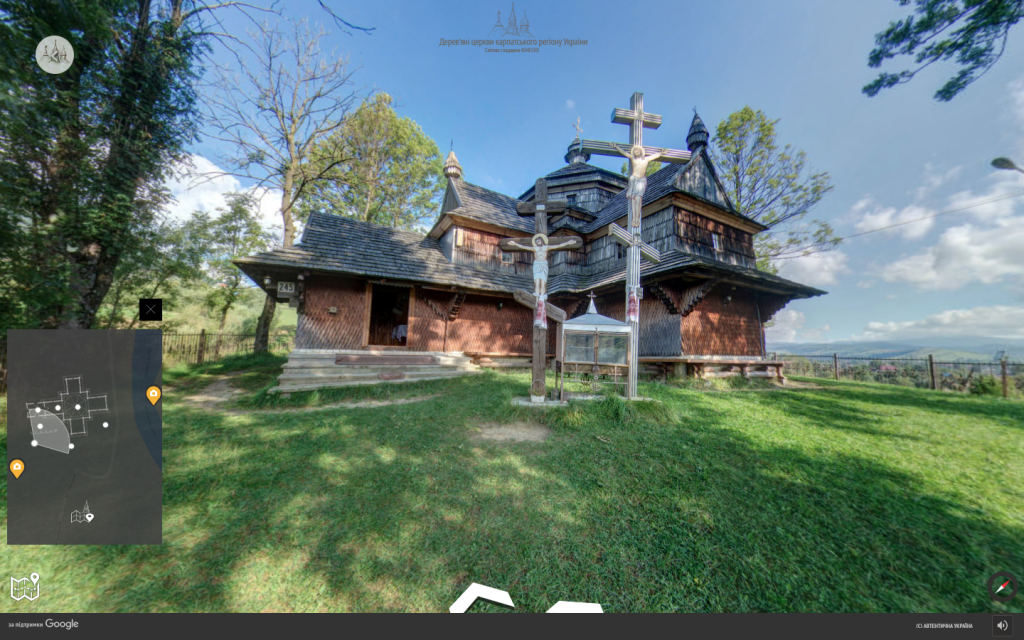 “Preservation and promotion of historical and cultural heritage of Ukraine is an important task, which is now set before the Ministry. Thanks to Google digital tools the masterpieces of Ukrainian artists are available to the world. The website ‘Wooden Churches of the Carpathian Region’ is one of the projects within the campaign ‘Authentic Ukraine’, which resulted from our cooperation with the Google Ukraine team. These are precisely the projects that combine rich traditions with modern technology and show uniqueness and identity of our country. “

“‘Authentic Ukraine’is a cultural project of Google aimed at presenting a unique and diverse cultural heritage of Ukraine and implemented in partnership with the government and local communities. Digitization of wooden churches of the Carpathian region listed in the World Heritage List for the first time has provided online access to these unique attractions for all Internet users in Ukraine and the world.”