Militants are conducting massive shooting attacks in all sectors of ATO zone. They shoot along the entire frontline in Donetsk sector, except the Donetsk airport area. In total, they conducted 22 attacks in the sector yesterday, using heavy weapons 11 times. Russian proxies were actively using heavy weapons at least in three places near Horlivka, and in Avdiivka. “Militants fired about 130 82-mm and 120-mm rounds at our positions yesterday. Moreover, they used armored vehicles at least six times,” informed Ukrainian Ministry of Defense spokesman on ATO Colonel Andriy Lysenko at a press briefing at Ukraine Crisis Media Center. Russian proxies conducted two shelling sessions from multiple directions simultaneously in Avdiivka between midnight and 05:00 and from 18:00 to midnight. 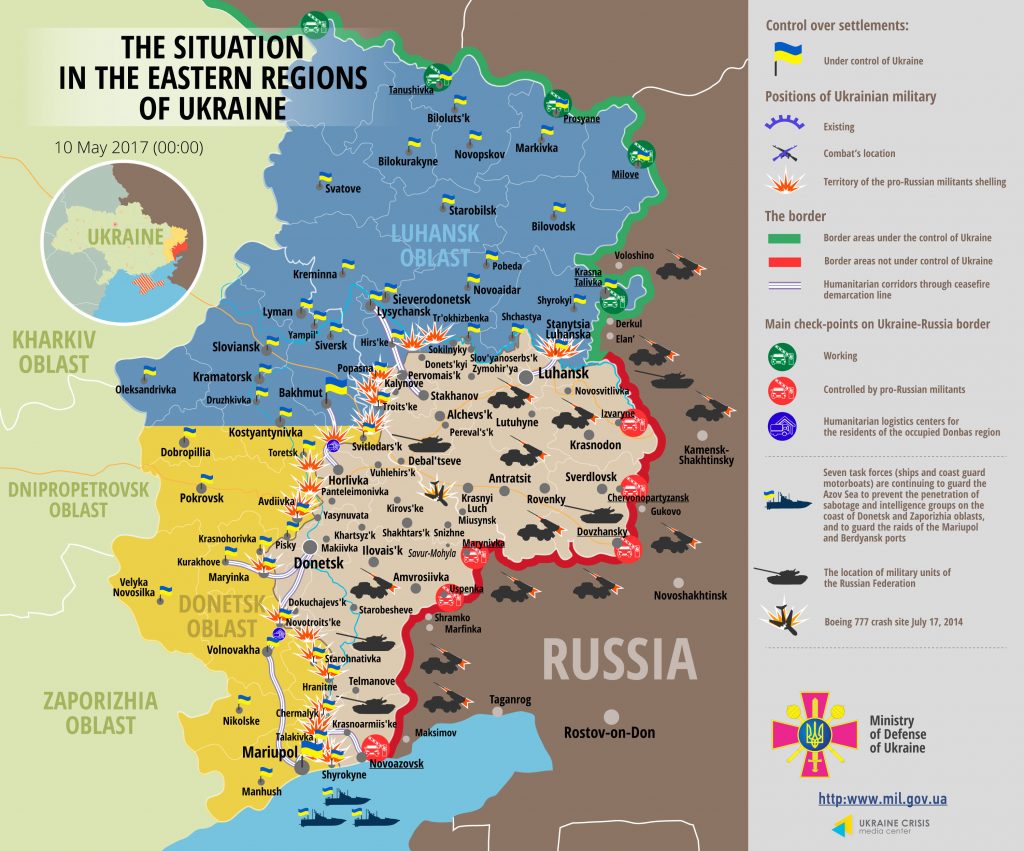 Hostilities in Luhansk sector continued along the entire frontline. Militants used mortars in Krymske twice, having discharged 24 mortar rounds. Moreover, they conducted a number of attacks in Stanytsia Luhanska district, at the Bakhmut road and near Popasna. “Over a half of the attacks occur during the hours of darkness. In total, pro-Russian militants violated the ceasefire 13 times in Luhansk sector yesterday,” said the spokesman.

In Mariupol sector main hostilities unfolded between 10:00 and 13:00 in Pavlopil-Shyrokyne frontline. Militants were simultaneously mortar shelling several Ukrainian positions at once, and used a tank. In total, they fired about 40 mortar rounds and eight tank projectiles. “Russian proxies used mortar to attack Maryinka, Novotroitske and Vodiane in the afternoon, and conducted numerous small arms provocations. In total, 35 hostile attacks took place in the Mariupol sector yesterday, including 11 with heavy weapons,” said Col. Lysenko.

One Ukrainian serviceman was killed in combat yesterday, and two were wounded. “Moreover, two National Guard officers were wounded by an explosive device. One more soldier died in Mechnikov regional clinical hospital in Dnipro of wounds inflicted by enemy sniper on April 30,” reported the spokesman.

Report on the military developments as of May 9 is available here. Interactive data on the shelling: chronology shelling chart and the interactive map.