Militants escalated hostilities in all sectors and are using large caliber weapons. They violated the ceasefire in Mariupol, Luhansk and Donetsk sectors 39, 12 and 26 times correspondingly, reported Ukrainian Ministry of Defense spokesman on ATO Colonel Oleksandr Motuzyanyk at a press briefing at Ukraine Crisis Media Center. 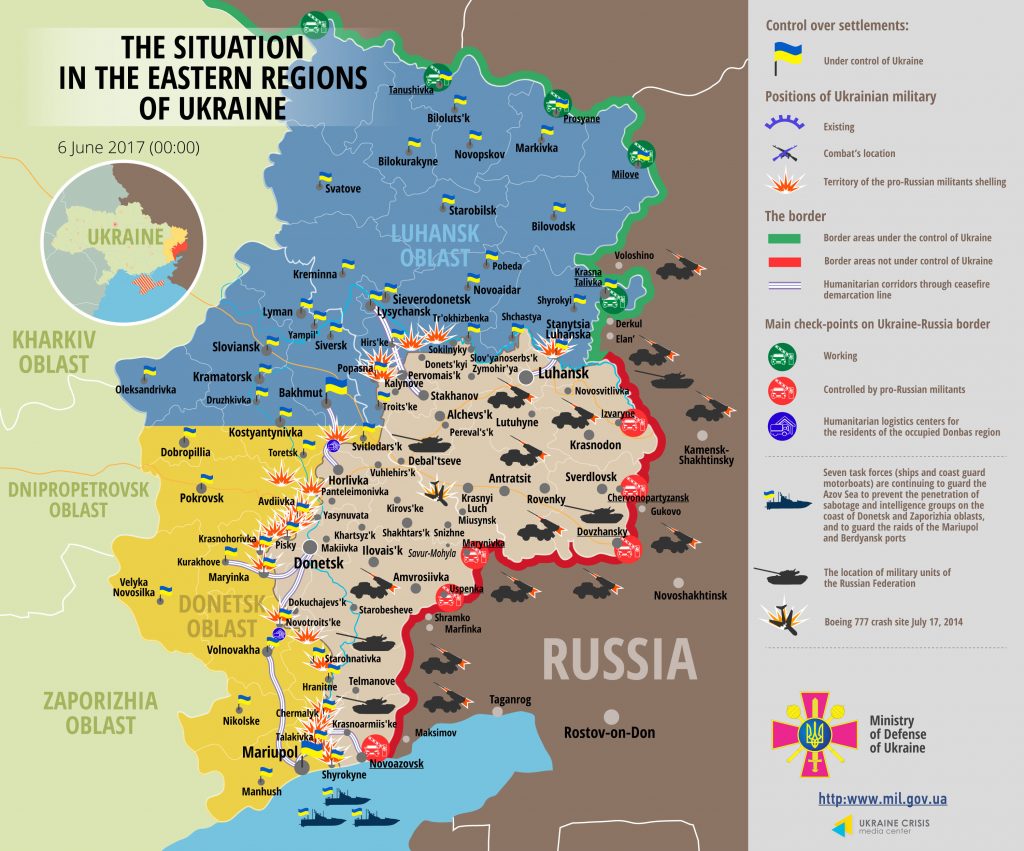 Hostilities in Luhansk sector started after 14:00 and continued till late night. Militants used mortars six times and barrel artillery once in Krymske-Novotoshkivske frontline. They fired over 50 mortar rounds from several positions at once. “Pro-Russian militants didn’t use heavy weapons in Stanytsia Luhanska and Popasna districts,” added Col. Motuzyanyk.

In Donetsk sector the situation escalated in Avdiivka and Donetsk airport. “Main hostilities started after 12:00 and continued till the end of the day. The enemy fired over 230 mortar rounds and about 30 tank projectiles at our positions,” said Col. Motuzyanyk. Militants’ snipers were active as well. The situation was restless near Horlivka. A local inhabitant was wounded in a hostile mortar shelling in Verkhniotoretske. He was urgently taken to hospital in Toretsk.

Report on the military developments as of June 5 is available here. Interactive data on the shelling: chronology shelling chart and the interactive map.