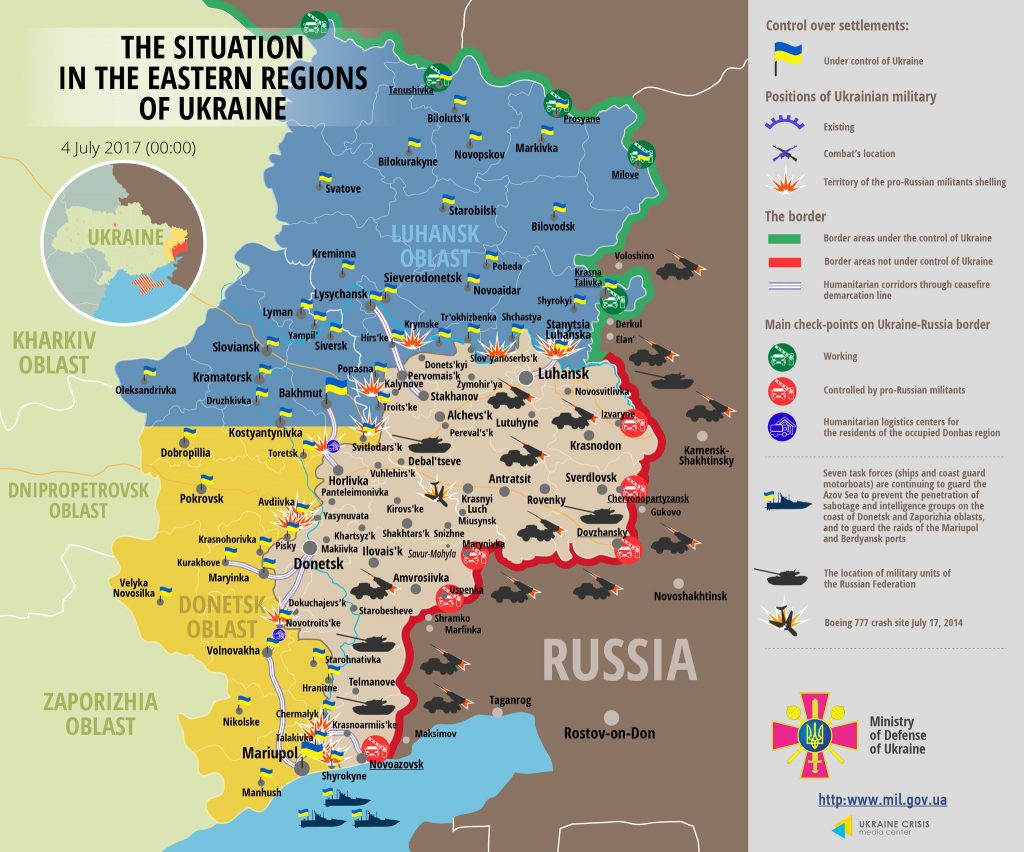 In Luhansk sector militants violated the ceasefire seven times along the entire frontline: in Stanytsia Luhanska, near Shchastia, in Novotoshkivske, and near Popasna.  “The enemy was using only grenade launchers and small arms,” said Col. Motuzyanyk. Each attack lasted 30-60 minutes.

Report on the military developments as of July 3 is available here. Interactive data on the shelling: chronology shelling chart and the interactive map.