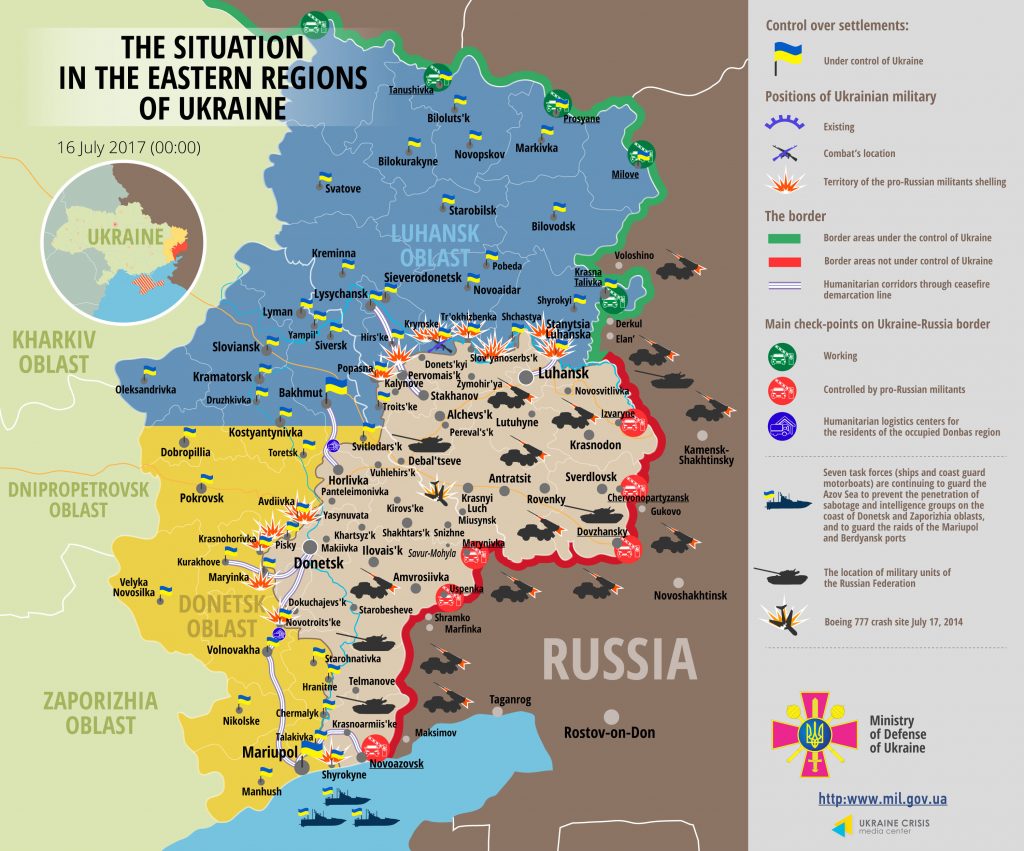 Russia-backed militant groups were shelling Ukrainian positions in Triokhizbenka, Krymske and Zolote with mortars. “The enemy instigated two armed provocations with light weapons at Donetsk railway station near Stanytsia Luhanska and Novooleksandrivka between 09:00 and 12:00,” added Col. Lysenko. In Donetsk sector militants shelled Shakhta Butovka position with grenade launchers and small arms. They fired at Nevelske and Shakhta Butovka position with a tank after 23:00. In total, Ukrainian troops recorded four incidents of ceasefire violations in this sector.

No Ukrainian serviceman was killed in action yesterday, but one soldier was wounded.  Another serviceman tripped a mine near Nevelske and sustained lethal injuries.