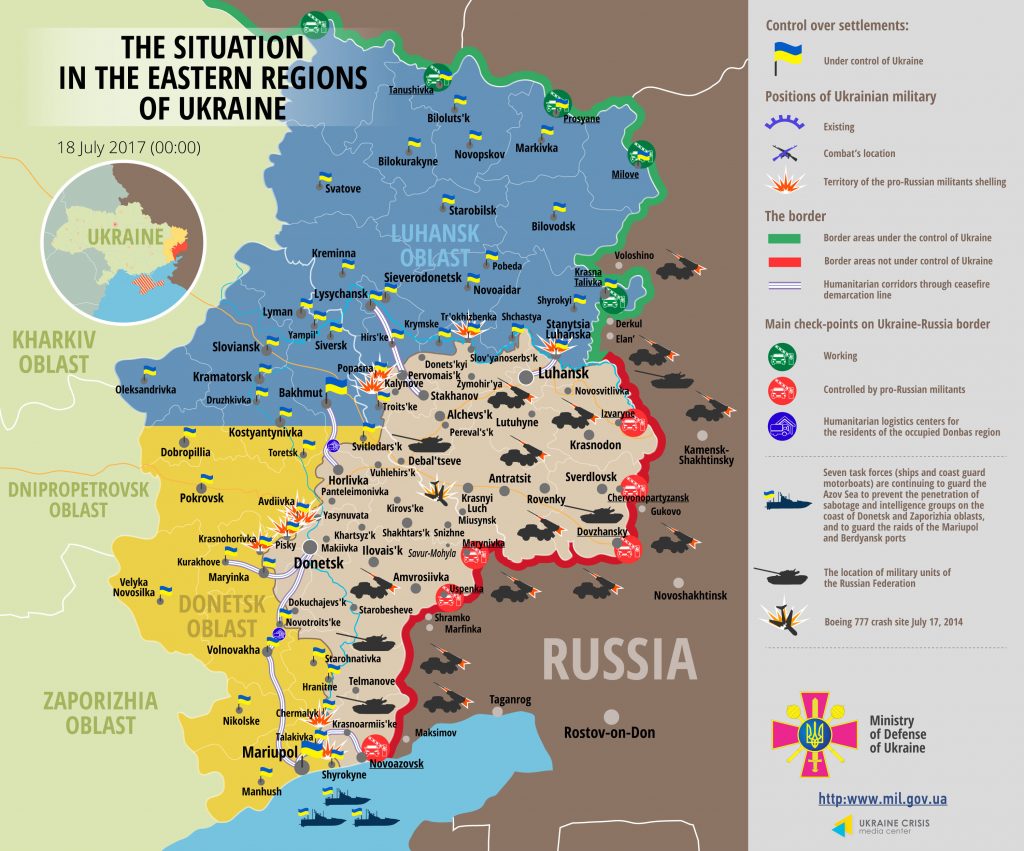 No Ukrainian serviceman was killed in action, but two troops sustained wounds in a hostile attack in Avdiivka.

Report on the military developments as of July 17 is available here. Interactive data on the shelling: chronology shelling chart and the interactive map.