In Mariupol sector, militants conducted two rather long small arms attacks in Maryinka and Pavlopil between 19:00 and 22:00. Otherwise, the sector was calm. “No Ukrainian serviceman was killed in action yesterday, but one was wounded in militants’ attack on Maryinka,” reported Ukrainian Ministry of Defense spokesperson on ATO Colonel Andriy Lysenko at a press briefing at Ukraine Crisis Media Center.

In Donetsk sector, the enemy violated the ceasefire five times yesterday. The hostilities took place only in Kamianka–Shakhta Butovka position frontline. Militants used mortars twice, each of the shelling continued no more than 40 minutes. 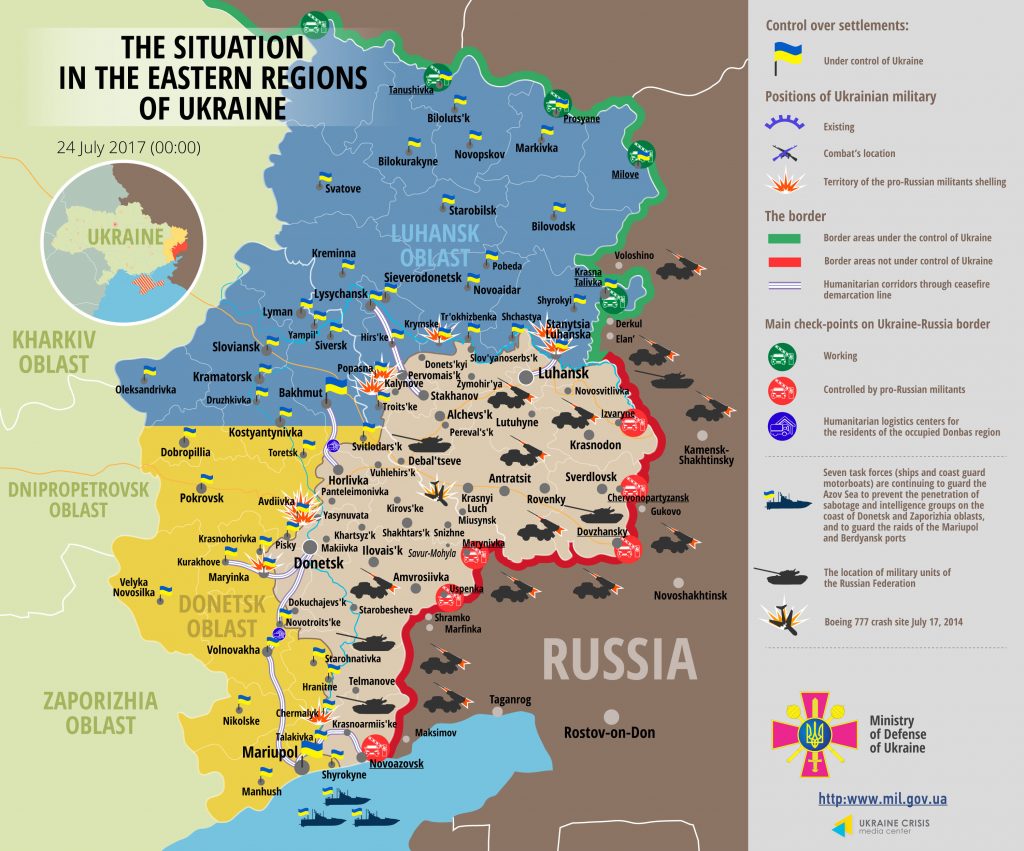 Report on the military developments as of July 23 is available here. Interactive data on the shelling: chronology shelling chart and the interactive map.