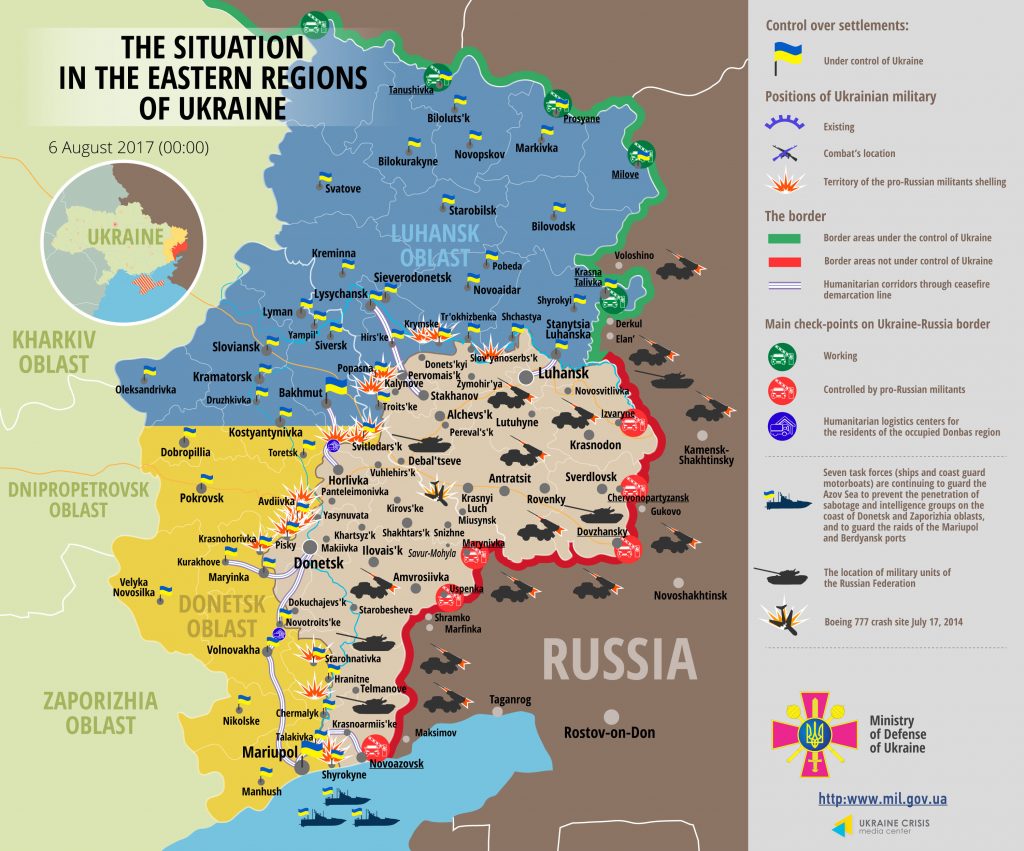 In Donetsk sector combat activity increased near Avdiivka. “The enemy was shooting almost 24/7. In total, 12 hostile attacks took place in this area, which amounts to two-thirds of all cases of the enemy’s ceasefire violations in Donetsk sector,” said Col. Lysenko. Hostilities in this sector were noticeable for Russian proxies using heavy weapons, namely 82-mm mortars. Militants fired over 20 mortar rounds between 21:00 and midnight. Moreover, militants used mortars and light weapons two times in Opytne and Novoselivka Druha. At Svitlodarsk area Ukrainian troops recorded two militants’ attacks around 04:00 and late at night. Each continued for 30 minutes and involved grenade launchers and small arms.

In Mariupol sector militants violated the ceasefire seven times, five of these in Vodiane and Shyrokyne. “The enemy opened fire at our strongholds two times more – in Starohnativka and south of it in Novoselivka Druha. The enemy used no heavy weapons in either case,” said the spokesman. Combat activity lasted 15-60 minutes. ATO troops recorded the longest attacks in the south of the sector. The ceasefire held in Maryinka district yesterday.

Report on the military developments as of August 5 is available here. Interactive data on the shelling: chronology shelling chart and the interactive map.