The largest number of ceasefire violations took place in Mariupol sector, where Ukrainian troops recorded 25 attacks.  “The enemy was actively violating the ceasefire both during the day and at night. Ukrainian troops returned fire several times.  The enemy traditionally adheres to the tactics of concurrent attacks at several Ukrainian strongholds,” informed Ukrai 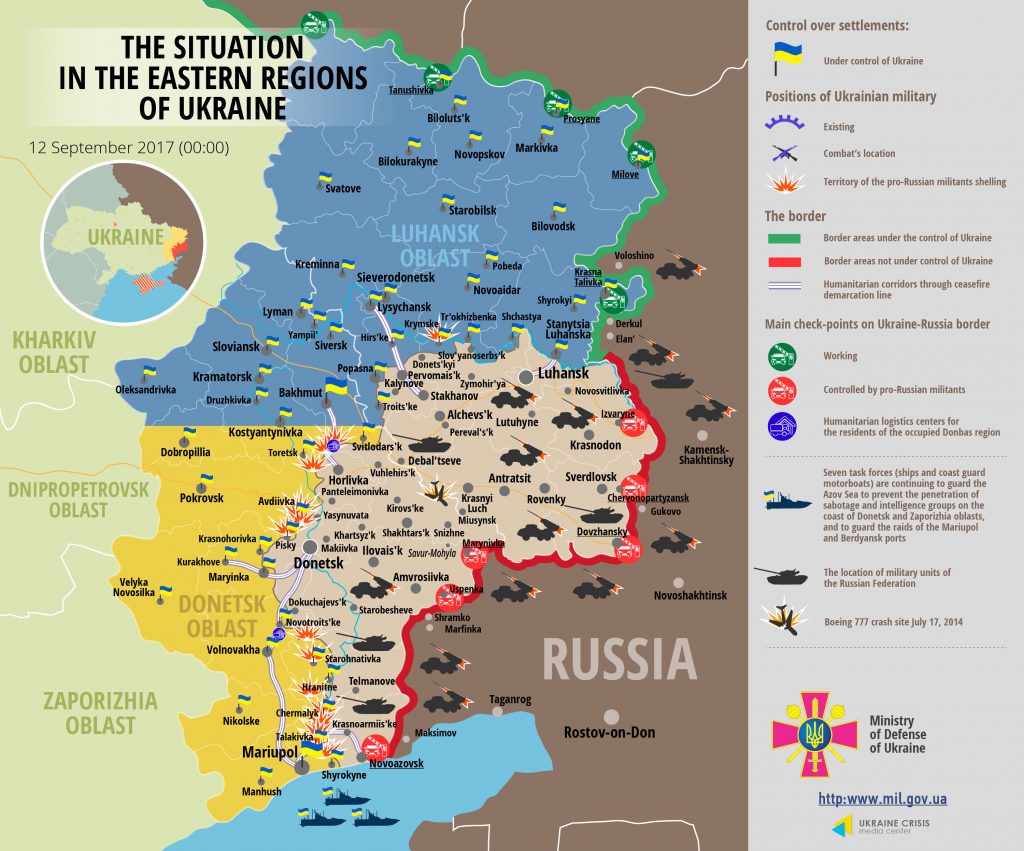 In Donetsk sector, ceasefire violations were recorded in Horlivka perimeter and Kamianka – Pisky frontline. Militants used armor twice and light weapons in the rest of the incidents. Russian proxies shelled Ukrainian positions mostly at night. A total of 10 hostile attacks took place in this sector yesterday.  Ukrainian troops were compelled to respond with fire to militants’ attack at Zaitseve.

According to the Ministry of Defense, 10 militants died last week and ten more were wounded. Moreover, Ukrainian troops downed a hostile UAV.

Report on the military developments as of September 11 is available here. Interactive data on the shelling: chronology shelling chart and the interactive map.