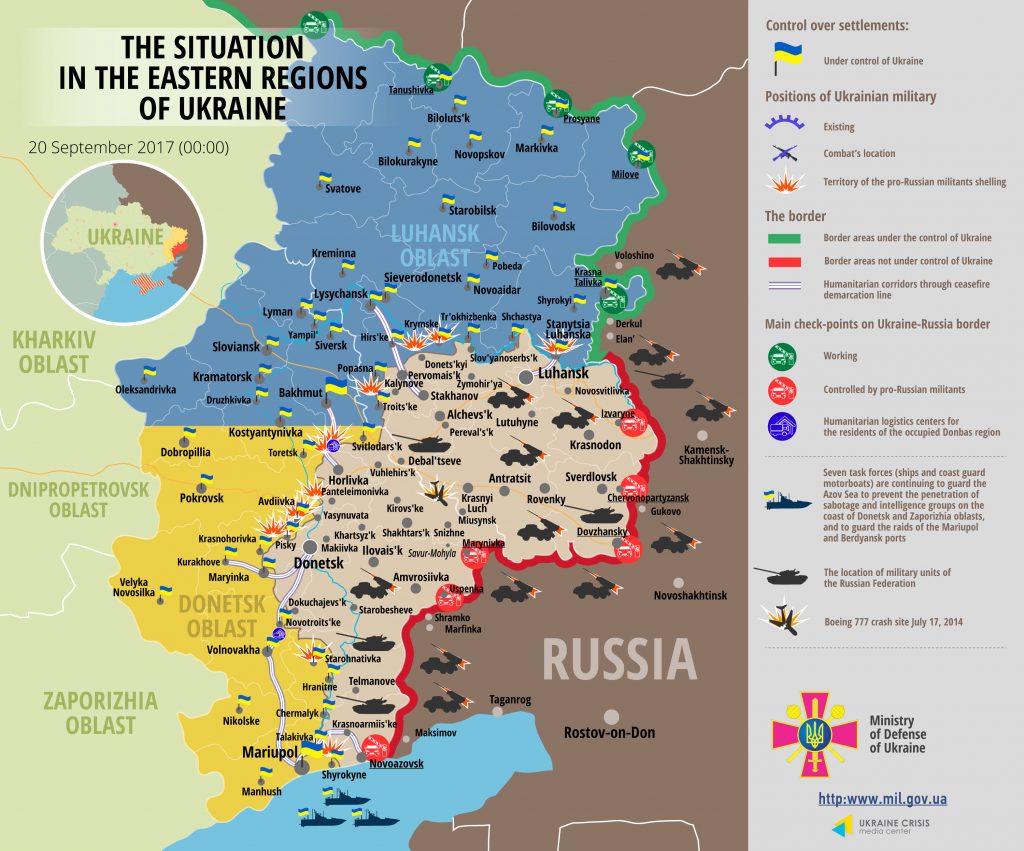 In Mariupol sector, militants conducted four attacks at Ukrainian positions, three of these took place in Vodiane.  “Militants were using machine guns and grenade launchers in these provocations.  Another attack involving small arms took place in Starohnativka,” added the spokesman.

Report on the military developments as of September 19 is available here. Interactive data on the shelling: chronology shelling chart and the interactive map.