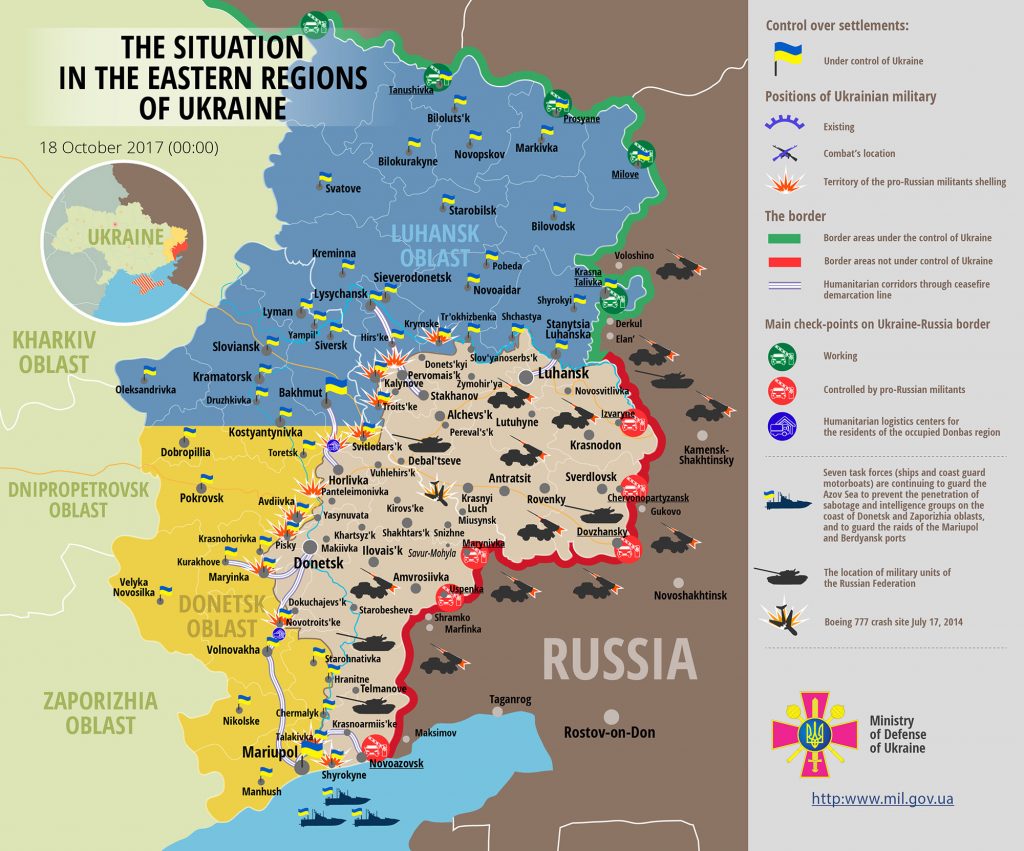 As a result of hostilities, two Ukrainian servicemen were killed in action and four were wounded yesterday.

Report on the military developments as of October 17 is available here. Interactive data on the shelling: chronology shelling chart and the interactive map.