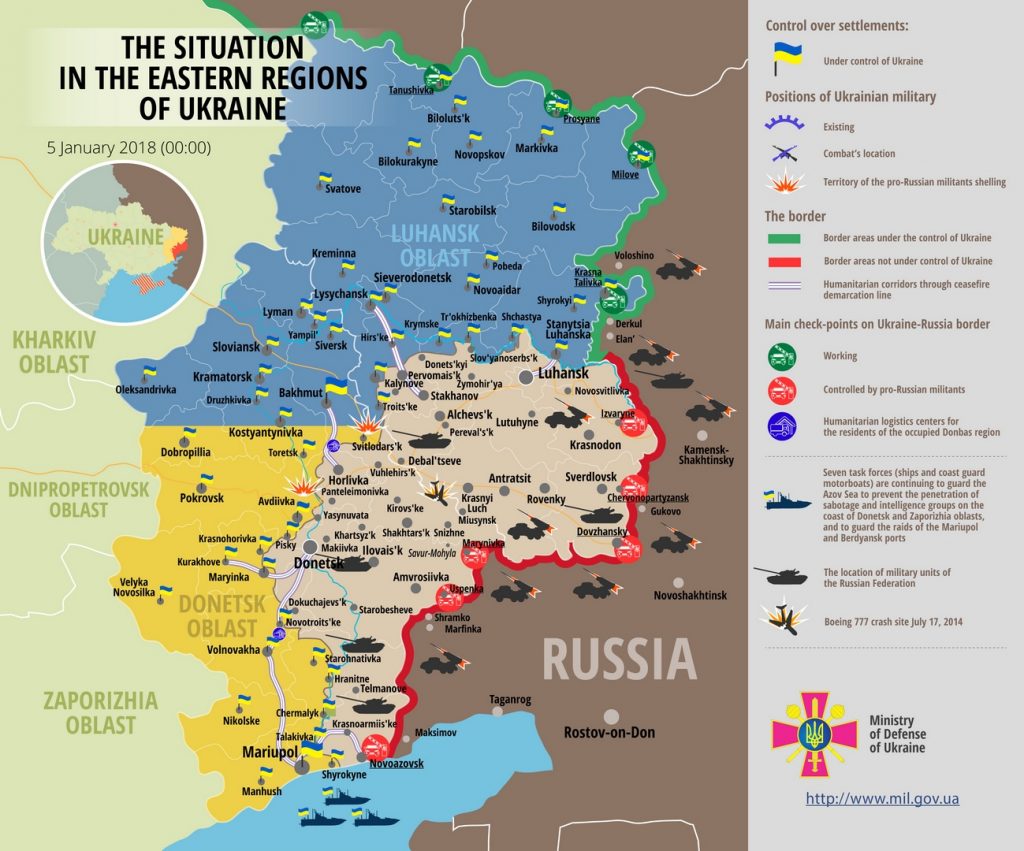 In Luhansk sector, the militants violated the ceasefire for the first time in the past three days. “Late in the evening militants fired thirteen 120-mm mortar rounds against Ukrainian positions near Luhanske,” elaborated the spokesman.

Unfortunately, one Ukrainian serviceman was wounded near Svitlodarsk.

Report on the military developments as of January 4 is available here. Interactive data on the shelling: chronology shelling chart and the interactive map.