Russian proxies decreased their activities in the combat zone yesterday and made a total of three precision attacks on the Ukrainian positions, reported Ukrainian Ministry of Defense spokesman on ATO Colonel Dmytro Hutsulyak at a press briefing at Ukraine Crisis Media Center. 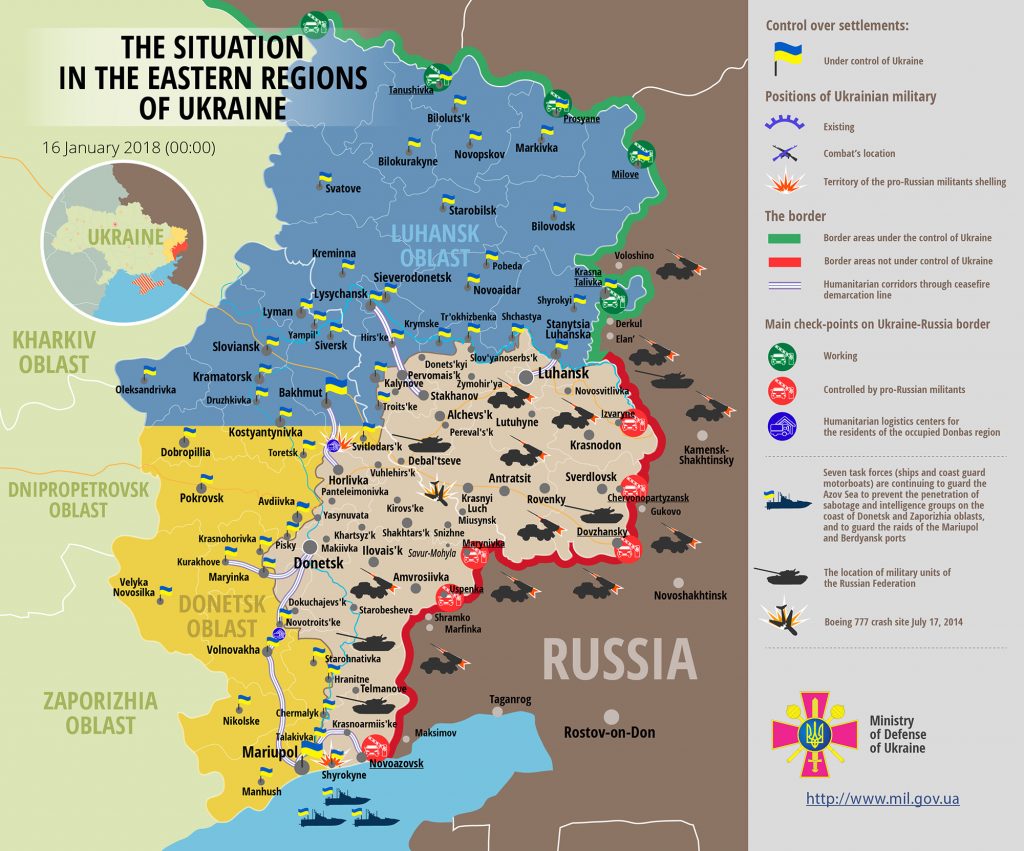 In Luhansk sector, Russia-backed militants delivered a brief attack near Zaitseve at about 23:00 using grenade launchers and heavy machine guns.

The ATO spokesperson also quoted the information from the Main Intelligence Directorate of Ukraine’s Ministry of Defense, saying that the command of the combined Russian-militant troops ordered to intensify reconnaissance activities by sending out subversive and reconnaissance groups to Ukrainian troops’ positions.