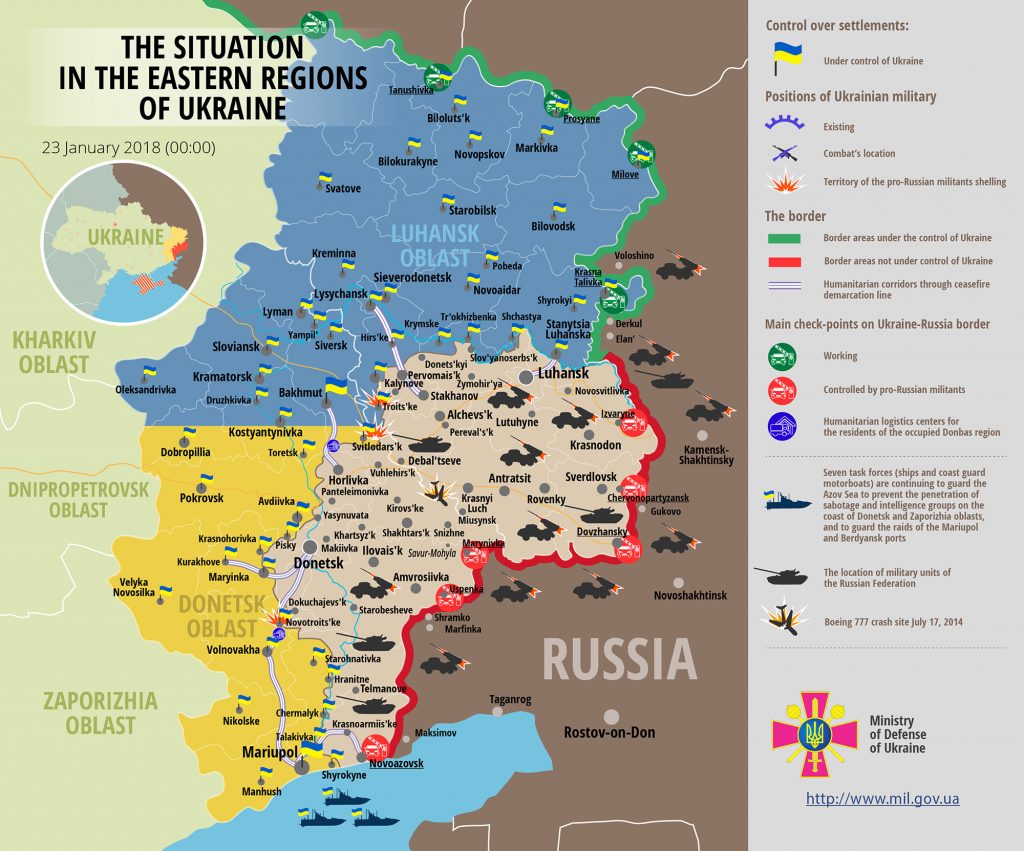 In Donetsk sector, Russian proxies attacked Novotroitske at 17:00 having fired fifteen 82-mm mortar rounds against Ukrainian positions. “Press center of the ATO Staff reports that during the attack near Novotroitske Ukrainian troops spotted the militants’ aimed attack against their own positions near Dokuchaievsk,” the ATO spokesperson said.

Unfortunately, at 08:00 one Ukrainian serviceman was killed in action near Luhanske resulting from a hostile attack involving mortars and grenade launchers.