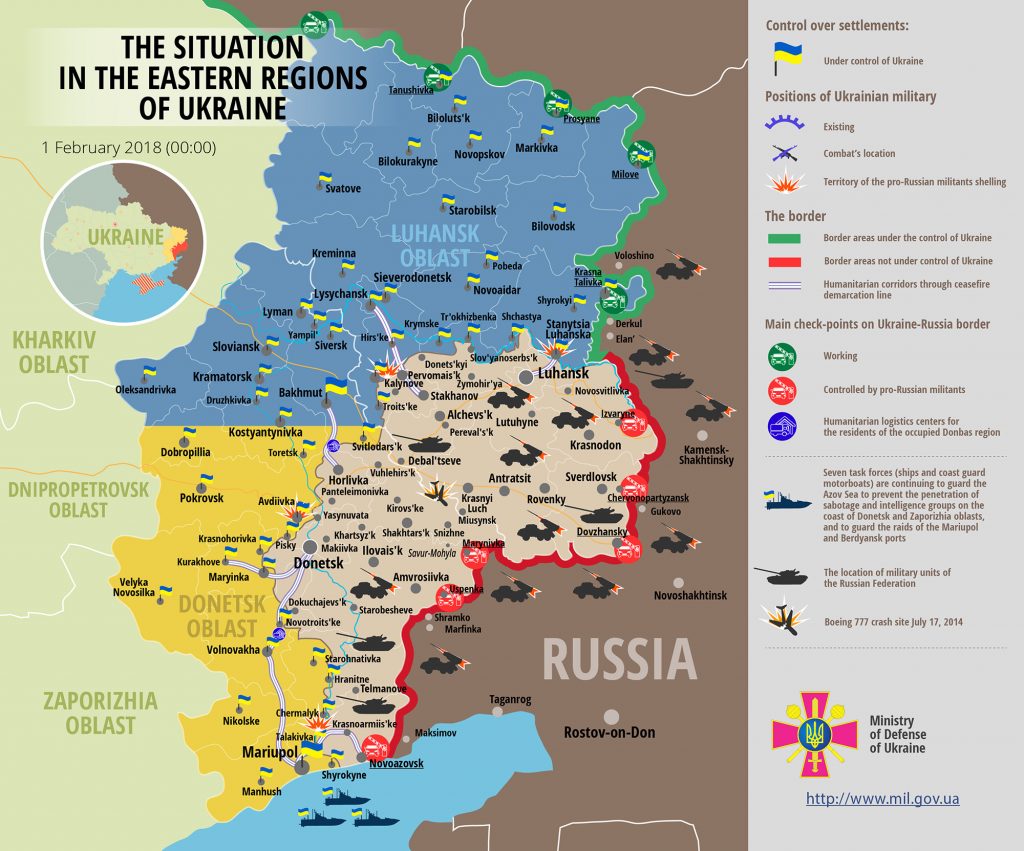 “Russia-backed militants also shelled the outskirts of Krymske, a near-front town, with 120-mm mortars around 21:30. Three explosions were recorded. As per the preliminary information, there are no civilian casualties,” the ATO spokesperson said.

In Donetsk sector, Russian proxies committed two ceasefire violations. “In the afternoon militants were attacking Ukrainian troops’ positions on the outskirts of Pavlopil for thirty minutes. Hostile snipers were spotted there as well,” elaborated Colonel Hutsulyak. At about 14:30, Russia-backed militants attacked Ukrainian troops’ positions near Avdiivka with small arms and heavy machine guns.

Unfortunately, one Ukrainian serviceman was killed in action near Avdiivka yesterday. Two more Ukrainian troops were wounded in action as a result of the hostile attack involving 82-mm mortars.

Report on the military developments as of January 31 is available here. Interactive data on the shelling: chronology shelling chart and the interactive map.