Over the last day in the combat zone in eastern Ukraine Russia-backed militants did not open fire. “March 22 was the second consecutive day when Ukrainian troops recorded full compliance with the so-called comprehensive ceasefire established on March 5 at midnight,” said Ukrainian Ministry of Defense spokesman Colonel Dmytro Hutsulyak at a press briefing at Ukraine Crisis Media Center.

According to the Main Intelligence Department of the Ministry of Defense of Ukraine, the Russian Federation keeps using the combat actions in the temporarily occupied territory in Donbas as an opportunity to test new and modernized pieces of equipment and weaponry. “Thus, the tank units and special forces of the Russia-backed militants have intensified their activities,” the Ministry of Defense spokesperson said. 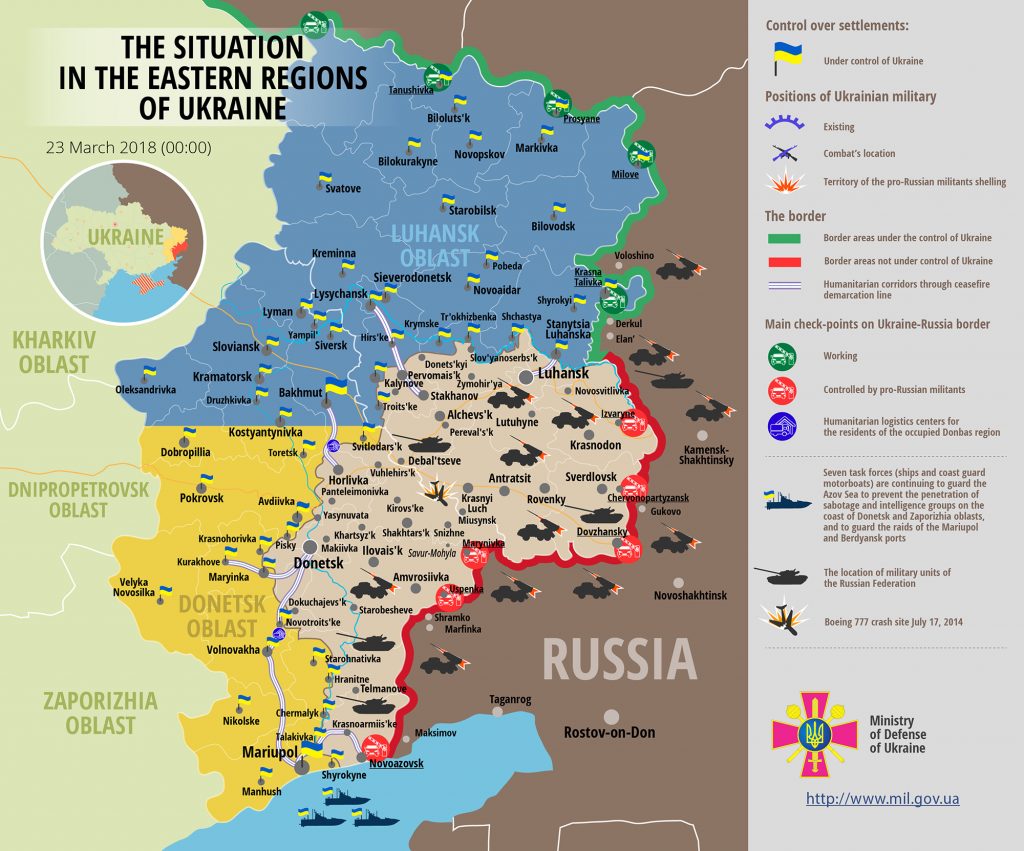 Report on the military developments as of March 22 is available here. Interactive data on the shelling: chronology shelling chart and the interactive map.