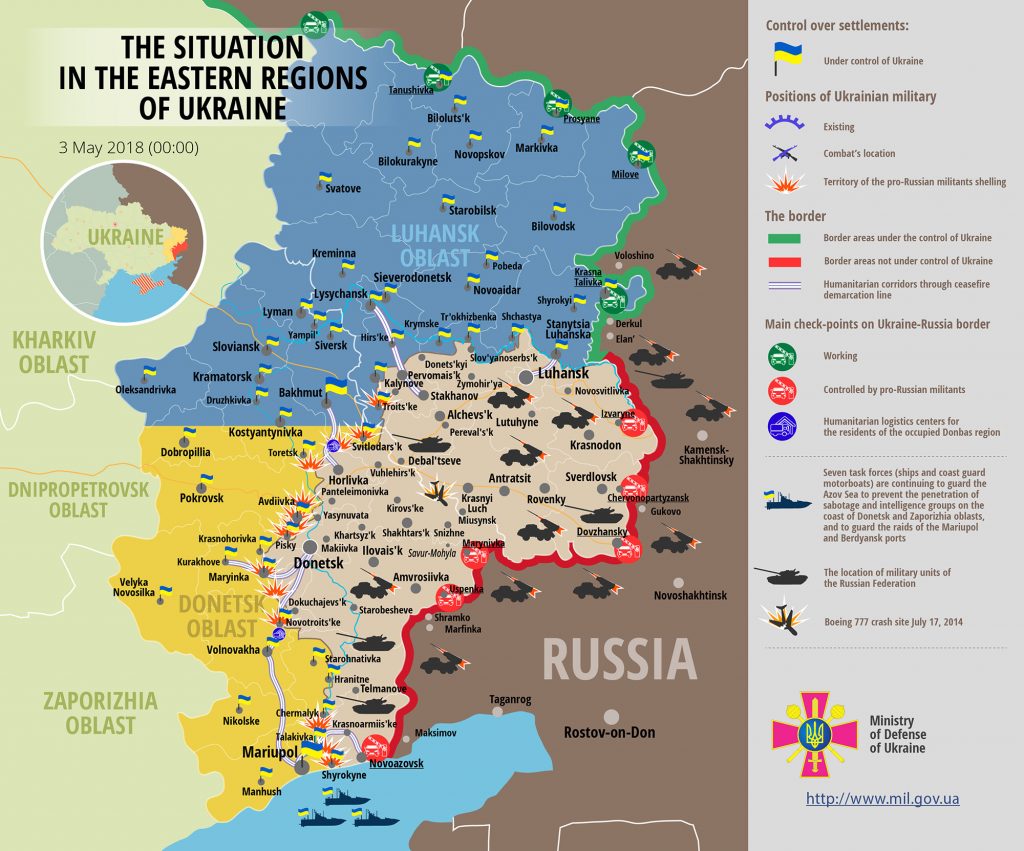 As of 09:00 of May 3, Russia-backed militants made seven precision attacks, all in Donetsk sector. Militants used grenade launchers and small arms outside Avdiivka, Lebedynske, Pavlopil, and Shyrokyne.

Report on the military developments as of May 2 is available here. Interactive data on the shelling: chronology shelling chart and the interactive map.