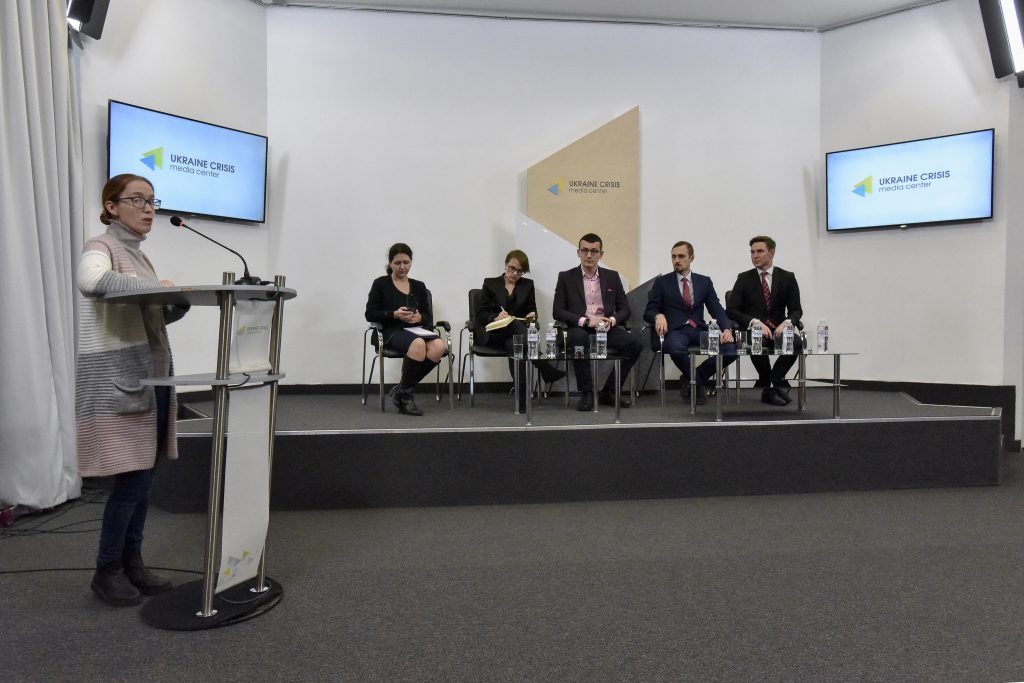 Over the last weeks new authorities made several statements outlining the need to reinforce control over the media. Journalists, expert community and professional media organizations met the statements with alarm. Relations between traditional media and the new authorities have never been smooth (read also: “New power and media: is a ‘direct dialogue’ with society dangerous?”): new authorities have been often criticized for their disregard for traditional press despite the recent record-breaking press marathon by President Zelenskyi that went on for over 13 hours (read also: “Fourteen hours of talking to press: how Zelenskyi’s press marathon went”).

UCMC initiated a discussion about state control over the media, we invited the Minister of Culture, the head of the respective parliamentary committee as well as renowned journalists and representatives of professional media organizations. What Ukrainian authorities suggest, what the new law on media in Ukraine may regulate and what the reaction by the professional journalistic community and by civil society is – check out below.

On November 6, 2019 during the parliamentary hearings the Minister of Culture, Youth and Sports Volodymyr Borodyanskyi stated that he will bring forward the initiative introducing administrative and criminal liability for manipulations with public opinion in order to counteract disinformation and propaganda.

At the same time MP, head of the parliamentary committee on cultural and information policy Oleksandr Tkachenko for the sake of de-oligarchization of media suggestedintroducing the “fair play” principle – “spend as much as you earn” and applying sanctions against the media that have been unprofitable in the past three years.

On November 8 the Order no. 837/2019 was published on the Presidential Office web site stipulating that the Parliament needs to design a draft law on news standards. Volodymyr Borodyanskyi and Oleksandr Tkachenko commented that they take it for a terminological misunderstanding – it’s not about the “news standards”, a brand new law on media is on the agenda.

The concept of the draft law on media was made public on November 13.

All the above initiatives raised concerns with journalists seen as steps that might deteriorate the freedom of speech situation.

Ukraine Crisis Media Center invited authors of the initiatives and representatives of the professional media community to discuss what the risks are, what best possible response to violation of journalistic standards and to dependency of television channels on their owners would be. Volodymyr Borodyanskyi and Oleksandr Tkachenko could not participate. UCMC is waiting for their written comments that we will later add to this article.

Main reasons that left journalists concerned. Key statements expressed by representatives of the journalistic community are:

– Criminal liability for manipulations or fakes is unacceptable.

– Control over adherence to standards is on the media community itself. It is to be exercised through self-control and self-regulation not through state regulation.

–  Certain changes need to be made – thus, regulation needs to recognize online news outlets as media so that their journalists get the same rights and responsibilities as their colleagues from traditional media. Yet it is more important to ensure practical implementation of the legislation and regulatory instruments that are already in force.

Discussion needed between authorities and journalists. Authorities need to renounce the express mode of lawmaking on media, they need not be setting record timelines that leave civil society and professional community no chance to analyze the laws. Instead a mode that foresees discussions embracing a wide circle of stakeholders including media experts and international professionals needs to be taken up, said Serhiy Tomilenko, head of the National Union of Journalists of Ukraine.

“If there is a problem, say, a media is manipulating or using hate speech, I support the approach suggesting that in this case the Ministry needs to prepare examples of the phenomenon so that it becomes visible if the actual legislation has tools to address it or new ones need to be introduced. Then we will have trust: there is a problem and we address it. For now we hear words pronounced out loud – “fakes” and so on, but examples of other countries show that tools to fight against fakes are used to suppress critical voices or investigators,” the expert added.

If the laws are outdated, changes can be introduced quickly instead of trying to draft a single mega law that would be imperfect, Tomilenko explained.

Laws need not be just updated but also respected. “Our bigger problem is not with updating but with application of the existing legislation. It is worth updating but there are clauses that one can just start implementing. (…) Journalistic standards need to be respected in the first place. If they work properly, de-oligarchization of media will happen naturally – it will not be beneficial for oligarchs to buy and keep these TV channels if they don’t get a chance to manipulate them,” said Roman Holovenko, head of the legal department at the Institute of Mass Information.

No “top down” state standards. “There need to be standards that define a professional but they need not be written in the ‘top down’ manner,” said Nina Kuryata, media consultant and media trainer who has extensive working experience with the Ukrainian service of the BBC.

“Otherwise it may grow into a dangerous twist of notions when media will be saying the truth that authorities would like to hide, so journalists will be accused of manipulations or spreading fakes. What if journalists are reporting facts and authorities claim that they are fake? What if authorities produce a fake news piece and media spread it because the information is official? From my past experience – I was catching the authorities while they were spreading fakes. What’s happening now is something we haven’t seen before – they are generating fakes, for example, the way it happened with Bohdan’s resignation [Andriy Bohdan, head of the Office of the President – UCMC].”

If a media outlet operates as a platform for propaganda, its license and non-adherence to standards can be put into the spotlight. It is though something that not the state but independent monitoring organizations of journalists have to do. What’s also very much helpful is a transparent structure of ownership, the expert is convinced.

“Neither the President nor the Verkhovna Rada (the Parliament – UCMC) should interfere into news standards. They need to be defined by the media community and these standards are already formulated. State interference is dangerous,” agreed Dmytro Khorkin, general producer of the Ukrainian Radio of the National Public Broadcaster of Ukraine.

“At the same time responsibility of media for violating the standards during elections needs to be reinforced as it leads to serious manipulations and political consequences (…) Recent initiatives promoted by the authorities need to become a signal for media managers and journalists in the first place – if the state voices such initiatives, self-regulation needs to reinforced,” he added.

Criminal liability for fakes is a road to nowhere.“I am strongly against criminal liability for these actions, because it is a direct road towards the countries where freedom of speech is at a low level. As soon as the first journalist is held criminally liable, the profession will die. Only propagandists who agree to work with the authorities will stay then and that’s where democracy will die,” Nina Kuryata said.

Natalia Humenyuk, journalist, head of “Hromadske TV” NGO agreed with her: “I am strongly against any criminal liability against the expression. It is impossible by default in a democracy. The level of self-censorship among the journalists that we have is already too high,” Humenyuk said.

“The status of online media will have to be regulated as more and more media go online while online media are still not considered proper media. If a journalist of such media outlet is beaten, law enforcement will not even recognize them being a journalist,” said Roman Holovenko, head of the legal department at the Institute of Mass Information.

Disinformation and media are different discussion topics.“Discussion on disinformation needs to be separated from the discussion on media. The state is always speaking from the standpoint of national security but if the choice is between the freedom of speech and security in a country traumatized by the Soviet past, it’s better that one chooses the freedom of speech, otherwise old methods will be applied. Any decision by the authorities that designates the one who defines what’s correct to say and what’s not – is a political decision. We already have the regulating authority – National Council of Television and Radio Broadcasting,” noted Natalia Humenyuk.

“Fair play” will not become a tool for de-oligarchization but will destroy independent and online media. All media professionals participating in the discussion agreed that “fair play” will not work out in Ukrainian realities. “Nowhere in the world online media have a functioning format to earn money online, because the profit from online advertising goes to Facebook, Google and big platforms. Online media cannot be economically profitable, that’s a myth. Secondly, what about a cultural initiative that is making its own media but does not intend getting a profit?” said Natalia Humenyuk.

“Fair play” and state sanctions for non-profitability are the tools that oligarch-controlled media will find a way to omit, said Serhiy Tomilenko, head of the National Union of Journalists of Ukraine. He is convinced that at the same time smaller broadcasters or volunteer-run newspapers will be spending a huge amount of time on paper redtape.

“The priority of the moment is not to be fighting against the media but to address corruption in politics. As long as politician’s motivation to accede to power will be to get access to sources of illicit enrichment, they will be using soft resources – media, to achieve their goal,” Tomilenko summarized.