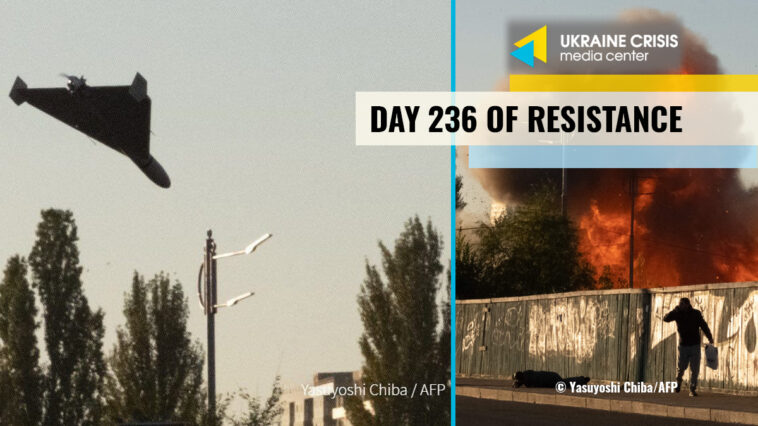 On the morning of Monday, October 17, a series of explosions rocked the Shevchenkivskyi district of Kyiv. Kyiv mayor Vitaliy Klychko said kamikaze drones caused five explosions. A total of 28 drones flew toward Kyiv, he added.

Russia made another attack on the Ukrainian capital a week after it carried out a massive attack across Ukraine on October 10. Since then, Russia targeted Kyiv region a few times, but not Kyiv.

As Iranian-made Shahed-136 drones heavily attacked the city, at least one drone hit a critical infrastructure facility, and another collapsed an apartment building, killing four. Four more people were taken to hospital. More residential buildings were damaged by a blast wave.

A pregnant woman was among the people killed in the drone attack on Kyiv. Viktoria was six-month pregnant. She worked as a sommelier in the wine shop “Goodwine”.

“Six years ago, Vika started as a wine steward in ‘Goodwine’ on Mechnikova street. She was the only girl in the department, but she never demonstrated weakness. No task or challenge was complicated for her. She sincerely loved wine and her job. Today, her body was discovered alongside the body of her beloved husband Bohdan who was hugging her, and a cat in the house hit by a Russian drone. They were expecting a baby,” “Goodwine” said on Facebook. 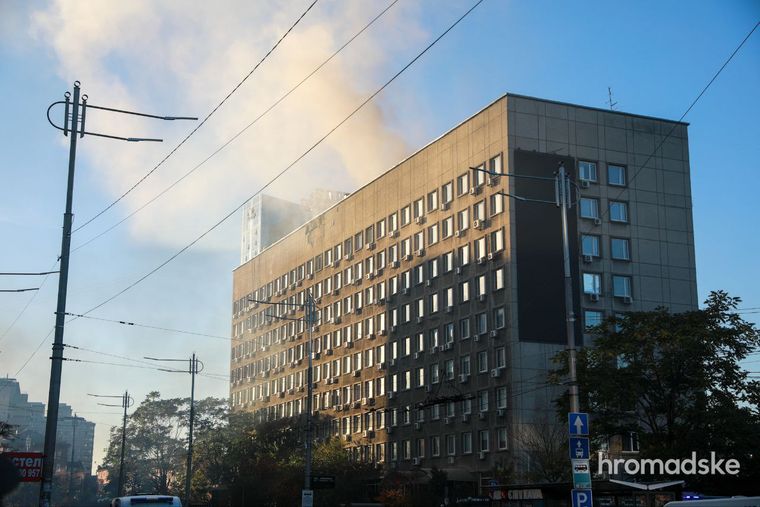 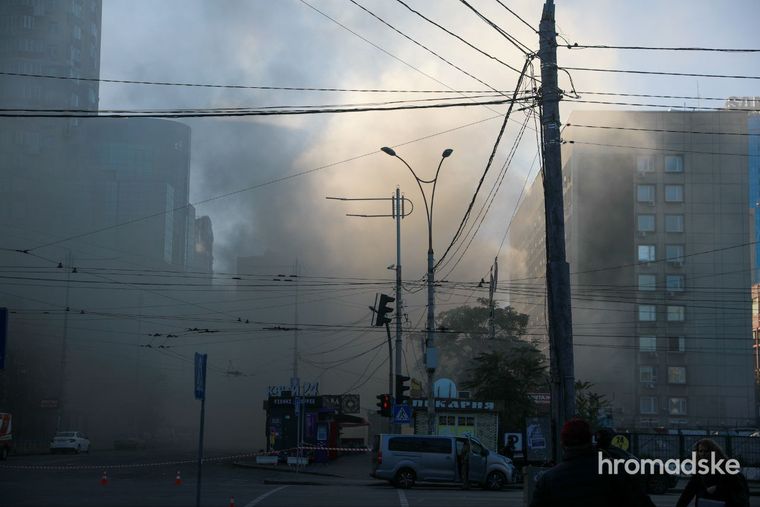 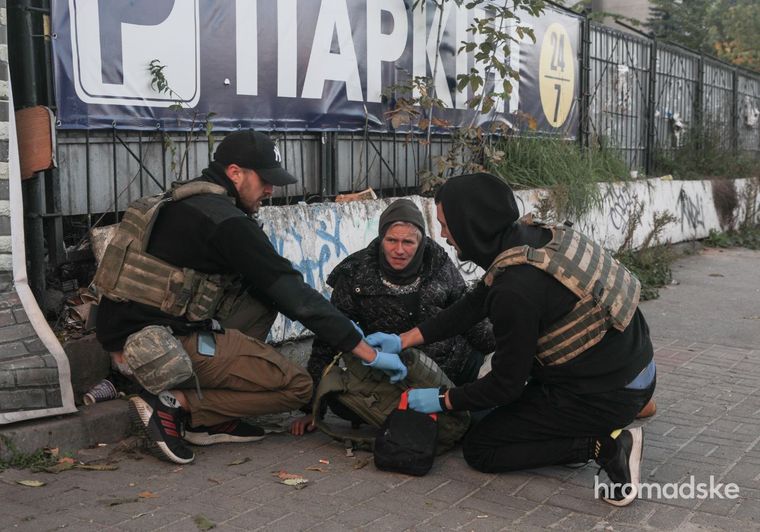 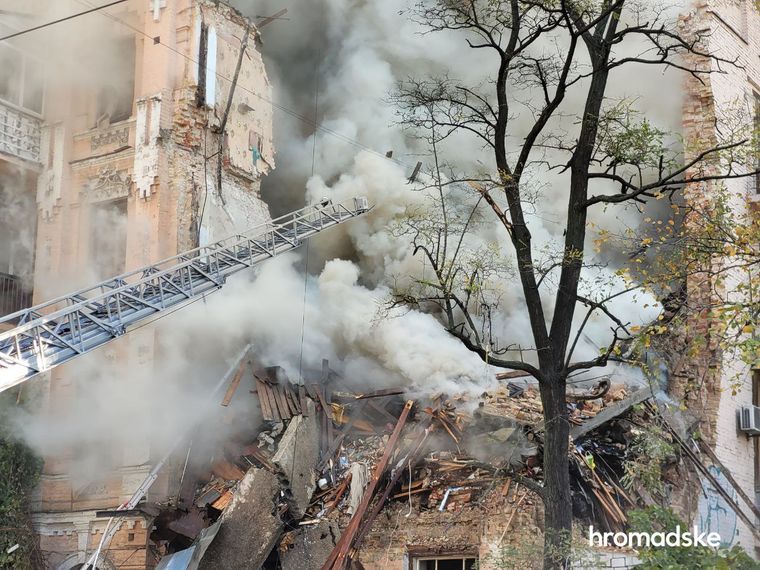 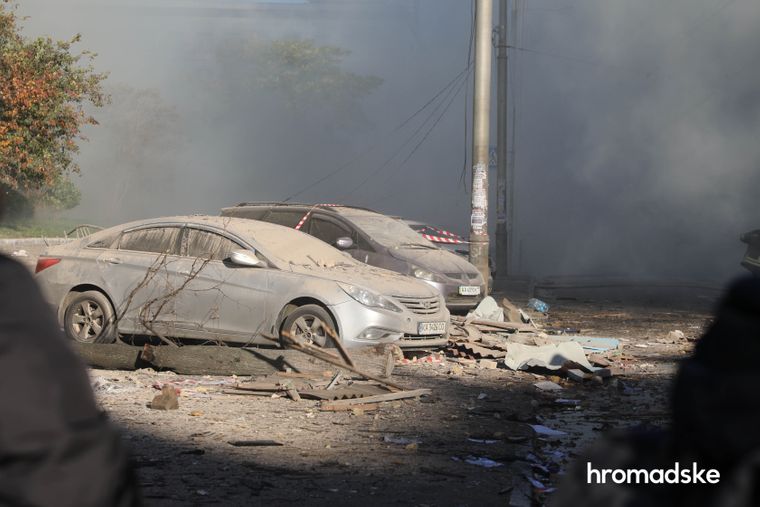 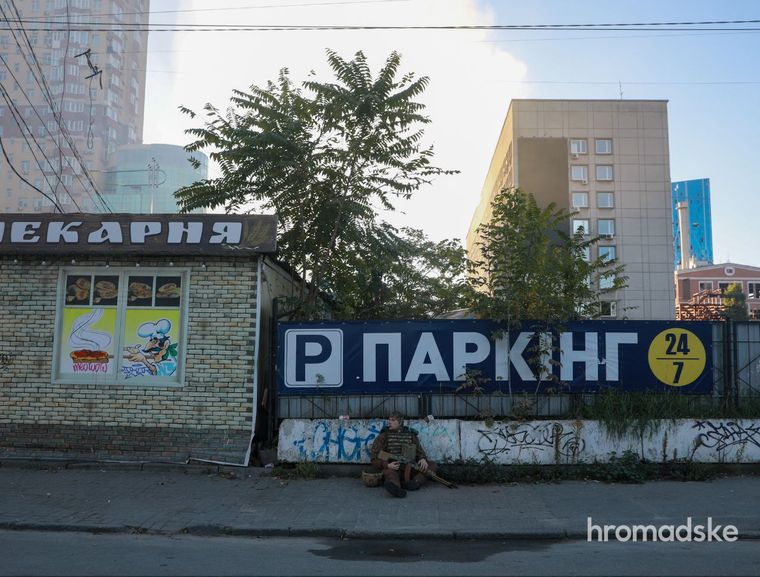 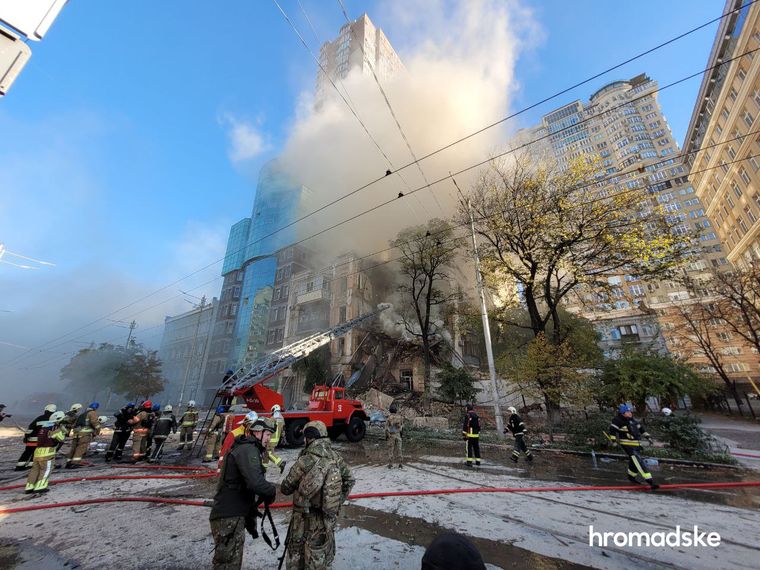 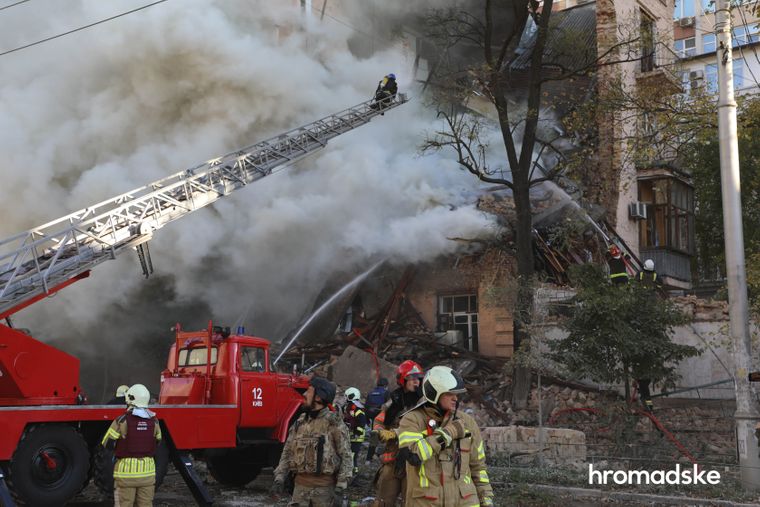 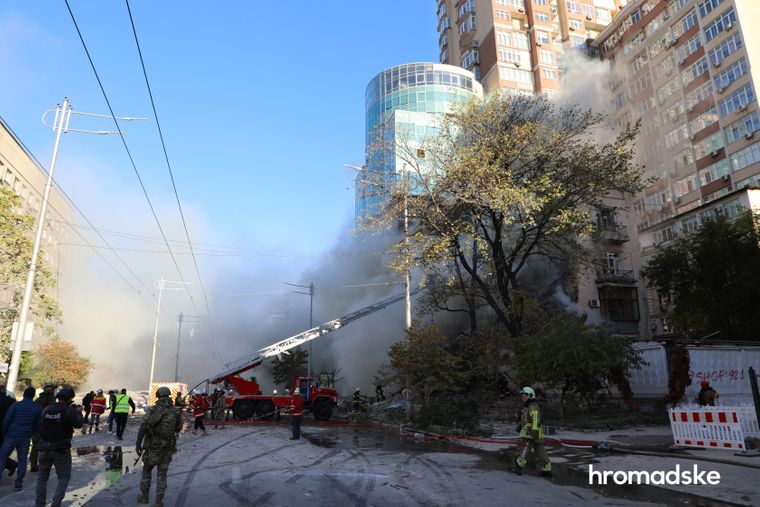 On the night of October 16 into October 17, and on the morning of October 17, more Russian attacks hit Dnipropetrovska, Sumy, Odesa, and Zaporizhzhia regions, causing power outages in Dnipro.

After noon, Russia launched another barrage of attacks, including missile strikes. Ukraine’s air defense systems shot down three cruise missiles that flew toward Kyiv. Explosions and activities of the air defense were audible in Khmelnytskyi, Vinnytsia, Zhytomyr, and Chernihiv regions.

One hundred and eight women freed in swap with Russia

One hundred and eight Ukrainian women were freed in a prisoner swap.

“Another large-scale POWs swap was carried out today. Extremely emotional and really special: we freed 108 women from captivity. Mothers and daughters. Their relatives have been waiting for them to come back. 37 Azovstal evacuees, 11 officers, 85 privates and NCOs,” head of the Office of the President Andriy Yermak said on Twitter. Of the 108 liberated women, 35 are members of the Ukrainian Armed Forces, 32 are in the Navy, 12 are members of the territorial defense force, eight are members of the National Guard, including two from the “Azov” regiment, five are members of the State Special Transport Service, four are from the State Border Guard Service, and 12 are civilians.

Military medic of the Mariupol garrison Viktoria Obidina was one of the 108 women freed from the Russian captivity on October 17. In the final weeks of Russia’s assault on Mariupol, Viktoria sheltered at the Azovstal steelworks with her four-year-old daughter Alisa. Mother and daughter were separated by the Russians as they were heading out of the occupied area in May. The girl was left unaccompanied on a bus toward Zaporizhzhia, while her mother was taken prisoner.

The Ukrainian government and the Azov regiment appealed for months to free Obidina. She was held prisoner for more than five months. The girl lived with the relatives. The family will reunite. “Little Alisa will soon hug her mother! I am happy for the family. I am glad that they will reunite,” former President’s Commissioner on Children’s Rights Mykola Kuleba said.

Iran’s supplying weapons to Russia to wage a full-scale war against Ukraine, makes it complicit in the war crimes and the crimes of aggression, Ukraine’s Foreign Ministry said in a statement on Monday.

In the last week alone, the Russian Federation has struck through more than a hundred Iranian kamikaze drones against residential buildings, power stations, sewage treatment plants, bridges and playgrounds in a number of Ukrainian cities, the Ministry said.

Dozens of people, including children, were killed and injured. A third of Ukraine’s energy infrastructure was affected. The buildings of two diplomatic missions in Kyiv were damaged.

“Providing weapons to wage a war of aggression in Ukraine and kill Ukrainian citizens makes Iran complicit in the crime of aggression, war crimes and terrorist acts of Russia against Ukraine,” the statement reads.

The Ministry of Foreign Affairs call on Tehran to immediately stop supplying Russia with any weapons. Otherwise, Iran and its leadership will bear the strictest responsibility, “including within the framework of international legal proceedings addressing Russia’s crimes against Ukraine”.

Iran is strengthening its commitment to supply arms for Russia’s assault on Ukraine, secretly agreeing to send not only attack drones but also the first Iranian-made surface-to-surface missiles, The Washington Post said.

Terror and destruction are the only real face of the “Russian world” — and the massive missile attack against Ukraine is another proof of that. Targeting educational institutions and cultural objects in Kyiv, Russia tries to subdue and intimidate the heart of Ukraine but no terrorist attack will break the Ukrainian resistance. Ukraine in flames #220 tells how Kyiv renovated and stays strong after one of the most massive missile strikes since February 24 and why it makes Ukrainians even more united in countering Russian aggression.