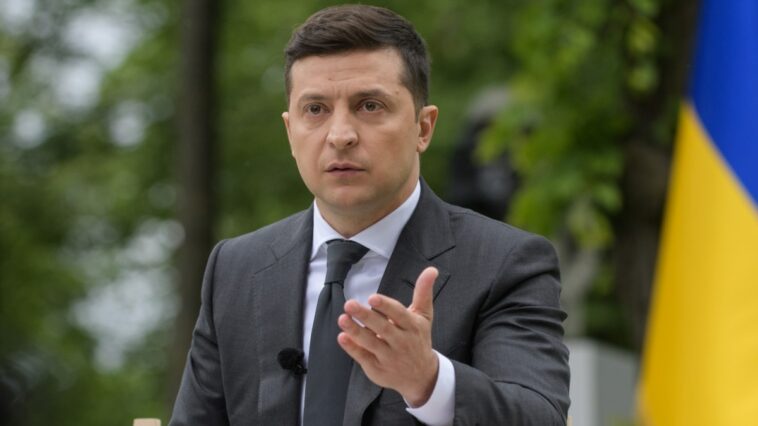 On October 24, Russia-backed militants violated the ceasefire four times. They used Minsk-proscribed weapons in one of the attacks they carried out. There were similar attacks throughout last week. In occupied Donetsk, operations of the OSCE Special Monitoring Mission (SMM) to Ukraine halted for several days.

OSCE. A hotel in occupied Donetsk where the OSCE staff is based, was besieged by a mob. On October 22, the mission failed to send out a patrol, the OSCE’s report of October 23 reads.

On October 22, three OSCE SMM members went outside to check the vehicles. Nine so-called protesters said they would watch the mission staff, and six of them were filming on their phones.

On the same day, Russia’s proxies were “singing songs, giving speeches and holding up placards with messagescritical of the Mission’s activities, as well as playing loud music over speakers and watching films on a portable screen,” the mission said in a report. “The Mission observed members of the armed formations in vehicles with the inscription ‘police’ on them blocking the eastern and western entrance driveways to the hotel, as well as the presence of two men in military-style clothing around the hotel,” the report reads.

The mobbers left after the so-called “mayor” of the occupied Donetsk spoke to them. They started dismantling the tents that they put in front of the hotel.

Russia is pushing the OSCE out of Donbas, the Ukrainian delegation to the Trilateral Contact Group said.

Russia to pump more gas to Europe only after Nord Stream 2 goes into operation, Putin says

Russia is ready to flow gas to Europe through the first line of Nord Stream 2 the next day after the German regulator certifies the pipeline, said Russian President Vladimir Putin at the meeting of the Valdai Club. The first string is filled with gas, and the second string is to be ready by mid-December, he added.

Answering the question if Russia can pump more gas to Europe, Putin said: “That is possible through Nord Stream 2. The pipeline is filled with gas, if tomorrow the German regulator permits the supply, the supply will start the day after tomorrow.”

The discount applies to volumes beyond the contractual 40 billion cubic meters a day of natural gas that Ukraine already transports to Europe from Russia.

“Ukraine offers this additional capacity to all potential transit countries,” Zelenskyi said. “We would like to see European companies as customers, but additional capacity is available for Gazprom as well. And with a discount compared to the current transit tariff, I can assume that this discount will be 50 per cent.”

Zelenskyi said Ukraine is discussing gas shipment proposal with Berlin and Brussels. “We expect them to take steps soon in practical negotiations on this issue, which is certainly important for the whole of Europe,” the President said.

Ukraine, for its part, guarantees transit, guarantees special anti-crisis conditions for transit in excess of the contracted volumes, he said.

Commentary from Ukraine. By the end of the year, Russia is ready to pump 5.6 billion cubic meters of gas to Europe through Nord Stream 2, and the gas transportation system of Ukraine can flow 11 billion cubic meters, said advisor to the Minister of Energy Lana Zerkal in an interview with Radio Free Europe/Radio Liberty.

Russia’s policy of gas blackmail stands in the way of using the Ukrainian gas transportation system that is ready to pump more gas than Nord Stream 2.

“They do not use it as they want the ‘streams’ to go into operation. They will fully control them and hold Europe in the gas grip,” Zerkal said.

There is a risk that Nord Stream 2 can begin to operate without certification. Later this week, energy ministers of the G20 countries will meet in search of ways out of the energy crisis, she added.

“Russia is always making use of crises. Putin has made a very good use of the current ‘perfect storm’,” Zerkal said.

Russia’s gas as weapons against Ukraine and Europe is a focus theme of this week’s piece by UCMC’s Hybrid Warfare Analytical Group.

An International Monetary Fund (IMF) mission team and Ukraine’s authorities have reached a staff-level agreement on policies to support the country’s reforms in the context of the stand-by arrangement. Completion of the first review would enable disbursement of about USD 700 million. The stand-by arrangement is to be extended for six months, until the end of June 2022. It is projected that the IMF’s Executive Board will approve the program’s first review and extend the stand-by arrangement in November. On October 19, the next day after the IMF concluded the mission, the Parliament passed a package of laws on the National Bank mandated by the Fund.

According to Vladkova Hollar, the program’s focus is on:

-returning fiscal policies to settings consistent with medium-term debt sustainability while protecting the socially vulnerable, strengthening revenue administration, and reducing fiscal risks from quasi-fiscal operations, including in the energy sector;

-ensuring banks’ financial health, including through good governance, with the goal of reviving sound bank lending to the private sector;

-tackling corruption and pushing forward with the implementation of judicial reform;

-reducing the role of the state and vested interests in the economy to improve the business environment, strengthen corporate governance, attract investment and raise the economy’s potential.

On June 9, 2020, the IMF approved an 18-month stand-by arrangement for Ukraine worth SDR 3.6 billion (equivalent to USD five billion) and immediately released the first tranche of USD 2.1 billion. Ukraine’s expectation was to get three tranches in 2021 worth USD 2.2 billion. In February, the program’s revision by the IMF’s online mission ended with no result. Bigger progress was required for further disbursal of funds, the IMF said.

Approval rating of President Zelenskyi and his party sinks, a survey by the Kyiv International Institute of Sociology finds. Support has fallen steeply in the past month. The survey was held between October 15 and 18 using the computer-assisted telephone interviewing system based on a random sample of mobile phone numbers. The survey had 1.200 interviews conducted nationwide except in Crimea.

President’s approval rating. If elections were held today, 19.1 per cent of Ukrainians and 24.7 per cent of voters who made their choice would vote for Volodymyr Zelenskyi. A month ago, 25.4 per cent and 33.3 per cent respectively were ready to vote for him.

Some 12.1 of Ukrainians and 15.6 per cent of voters who made their choice would vote for the fifth President PetroPoroshenko, changed slightly from 12.8 and 16.8 per cent respectively a month ago.

Favorable rating of President’s party is falling. For the first time in a while, the Servant of the People (Sluha Narodu) party lost the top position in the ranking of parties. The European Solidarity (Yevropeiska Solidarnist) party has most of the voters’ support, the survey finds.

Some 13.9 per cent of Ukrainians and 15.7 per cent of voters who made their choice would vote for European Solidarity. Some 13.7 per cent and 15.5 per cent respectively would be ready to vote for the Servant of the People.

The coronavirus situation in Ukraine is at critical levels. On October 24, Ukraine recorded 14,634 coronavirus cases, 330 deaths, and 4,598 recoveries. Hospitalized were 3,912 people with suspected or confirmed Covid-19.