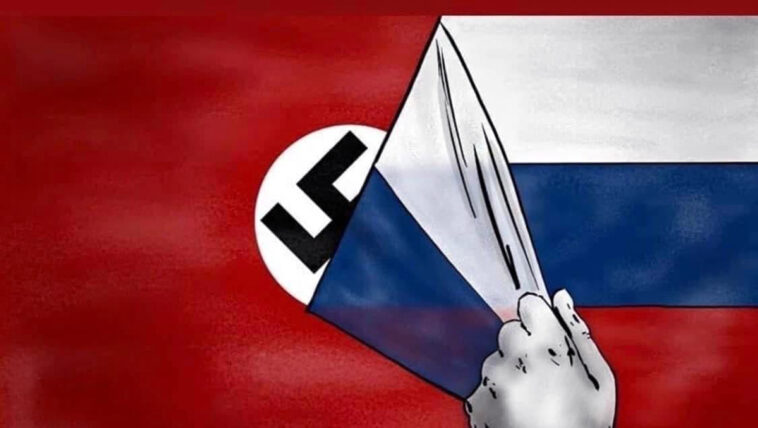 9:37 Chief Directorate of Intelligence of the Defense Ministry

Russian troops are regrouping their forces in the south of Ukraine, trying to gain a foothold in the already occupied territories

Three civilians were killed in the Russian shelling of the city of Lysychansk and its outskirts. In Severodonetsk, an agricultural business and many residential buildings were damaged.

7:17 General Staff of the Armed Forces of Ukraine

In the Donetsk direction, the main efforts of the occupiers are focused on taking full control of Lyman and attempts to improve the tactical situation near Sievierodonetsk and Avdiivka

6:34 Ukrainian delegation to the UN

Russia abducts Ukrainian children and deports them to its territory aiming to destroy the Ukrainian nation. This is underscored in the statement of the Ukrainian delegation to the UN

As of May 26, the European Union has frozen about €23 billion in Russian central bank assets.

A small armored artillery boat of the Ukrainian Navy, captured by the Russians in Berdiansk at the beginning of the full-scale invasion, was spotted near Zmiinyi Island. The Operational Command “South” considers that the enemy may try to use the boat for provocations

0:30 The TelegraphBritish Foreign Secretary Liz Truss will on Thursday address the Armed Forces of Bosnia and Herzegovina and warn against the West’s attempts to “appease” dictator Putin

95% of the oblast’s territory has been оccupied by Russian troops. The situation in Donbas is critical.

Police officers in Luhansk Oblast were now carrying out the work of funeral homes. In this way, 150 people have been buried in a mass grave in Lysychansk.

In the Dnipropetrovsk region, Russian occupying forces fired on the Kryvyi Rih district several times on 25 May. A kindergarten, a church and houses have been damaged

19:11 General Staff of the Armed Forces of Ukraine

At the end of May, the Belarusian Armed Forces will hold the next stage of exercises at the training grounds in Brest, Vitebsk, Grodno, Minsk and Mogilev regions. They plan to remove weapons, military equipment from storage and march

17:21 Petro Andriushchenko, Adviser to the mayor of Mariupol

In Mariupol, the Russian occupiers began the procedure of issuing Russian passports on Wednesday, May 25

Russians in the temporarily occupied territories of Ukraine have begun to withdraw Ukrainian books with “extremist content” from libraries, schools and other book collections.

In the area of Zmiinyi (Snake) Island in the Odesa region, the Russian military raised their sunken ships. Oleksandr Motuzyanyk, a spokesman for the Ministry of Defense of Ukraine, made this announcement during a briefing at the Ukraine-Ukrinform media center, Suspilne reports

Ukrainian businessman Rinat Akhmetov will sue Russia over the destroyed Azovstal plant. He will also demand compensation for all losses for his other enterprises, which are partially or completely destroyed.

More than 200 residents of the Russian-occupied areas of Donetsk Oblast, mobilized for war with Ukraine, have demanded that they be returned home, Ukrainian journalist Denys Kazansky reported on Facebook on May 25, posting a video address by the proxy forces.

Russia has finished demining the port in Mariupol and is ready to release foreign ships, the head of Russia’s National Defense Management Center, Mikhail Mizintsev, was quoted as saying in an update on the website of the Russian Defense Ministry.

Due to Russian military aggression, there is no gas supply in the entire Luhansk region.

10:22 Petro Andriushchenko, Adviser to the mayor of Mariupol

On May 24, Russian occupiers deported about 346 Ukrainian citizens, including 24 children, from Mariupol to a filtration camp in the village of Bezimenne, in the Donetsk region.

Russian troops have killed 238 children and injured at least 433 in Ukraine since the full-scale invasion started on February 24. It has recently become known that three teenagers aged 14, 15 and 17 were killed by Russia’s shelling of Mariupol, Donetsk region

Missiles fired by Russian invaders at the city of Zaporizhzhia hit a shopping center and private homes, killing at least one person and injuring three others.

On the night of May 25, Russia struck missiles on Krasnopillia of the Sumy region. About 20 houses and electric power transmission lines were damaged as a result of the attack. Half of the village was left without electricity.

Since the morning of May 25, Russian invaders have been conducting an offensive on Sievierodonetsk with the support of artillery. Yesterday only, six people were killed and eight wounded in the city

On the morning of 25 May, Russian forces launched three missile strikes on the town of Kryvyi Rih in Dnipropetrovsk Oblast, damaging a manufacturing plant.

Russian forces fired on the town of Merefa in Kharkiv Oblast with three cruise missiles, one of which was shot down by Ukrainian air defenses. The number of victims was not clarified. In the village of Savyntsi, two people were wounded as a result of the attack.

On May 23, a Ukrainian National Guard сonscript has successfully downed a Russian Su-25 Grach attack aircraft. According to the National Guard’s press service, it is the second accurate shot of the fighter on an enemy aircraft in a month

About 90% of pharmacies in the temporarily occupied Kherson region are closed, and prices for most drugs have increased three- to fivefold.

On May 24, Russian criminals killed 12 civilians in Donetsk region

Ukrainian soldiers captured by Russian forces after the three-month siege of the Azovstal steel plant are being held in “satisfactory” conditions, according to the unit commander’s wife, amid uncertainty over the fate of the prisoners.

On May 24, soldiers of the Ukrainian Joint Forces repulsed 9 Russian attacks and destroyed 38 pieces of Russian military equipment; fighting continues at 6 locations.